Do you raise interest rates before the US... Increased the growth rate to 4%

For the first time, the governor of the Bank of Korea indicated that it could raise the benchmark interest rate within this year. This is taking into account the fact that the economy is improving little by little, and Korea's forecast for this year's growth rate has also increased significantly to 4%. 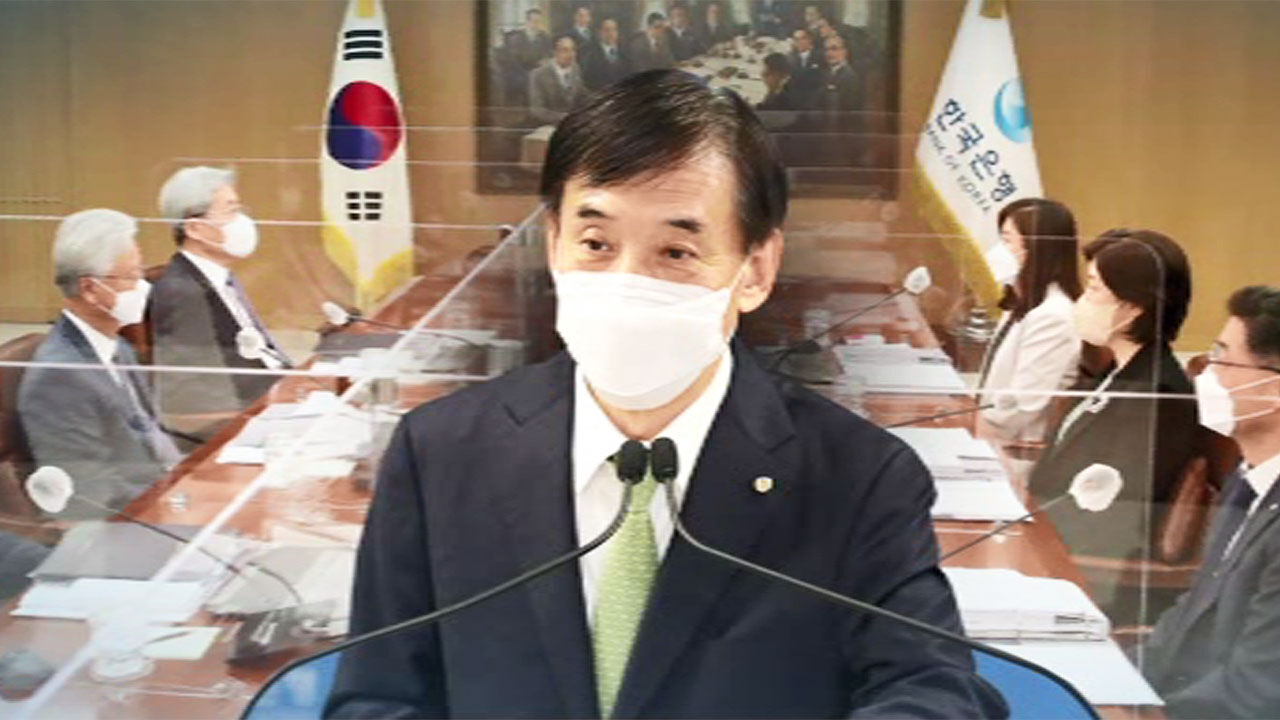 governor of the Bank of Korea has for the first time indicated that it could raise the benchmark interest rate within this year. This is taking into account the fact that the economy is improving little by little, and Korea's forecast for this year's growth rate has also increased significantly to 4%.

For more details, this is reporter Jeong Da-eun.

exports and investment increase and private consumption improves, the Bank of Korea predicts that the Korean economy will grow by around 4% this year.

Due to the rapid recovery rate, it increased by 1 percentage point in three months.

However, due to the uncertainty of Corona 19, the standard interest rate was maintained at 0.5% per annum.

At the same time, it showed the possibility of a change in the benchmark interest rate, the lowest level ever for the first year.

[Lee Joo-Yeul/Bank of Korea Governor: Whether or not to increase within the year depends on the development of the economic situation. It is true that we are in such a difficult situation that we should not be in a hurry at the right time, but it should not be late.]

This is the first time that Governor Lee Ju-yeol mentioned the possibility of an interest rate hike after the corona19 spread.

The surge in household debt and the increase in risky investments owed have accelerated the review of interest rate hikes.

[Lee Joo-Yeul/Bank of Korea President: If we continue, the side effects are quite large. We need to curb the continued rise in household debt, as we have to pay more for it.] In

particular, he indicated that we might tighten the currency first, regardless of the US interest rate movement.

[Davis / Seoul National University economics professor. Since raising the growth rate to 4%, came out recently to talk to the inflation pressure is quite high, we are likely to raise interest rates will be given to the degree signal of]

the time being, maintaining low interest rates and support the game, However, it is interpreted with the intent to lower the risk of liquidity overheating by signaling a tightening turnaround that there is a possibility of a rate hike within the year.