Jerusalem, Ramallah, Cairo, Amman were the stages of the tour of the US Secretary of State on Tuesday and Wednesday. Antony Blinken met the leaders of Israel, Palestinians, Egyptians ... 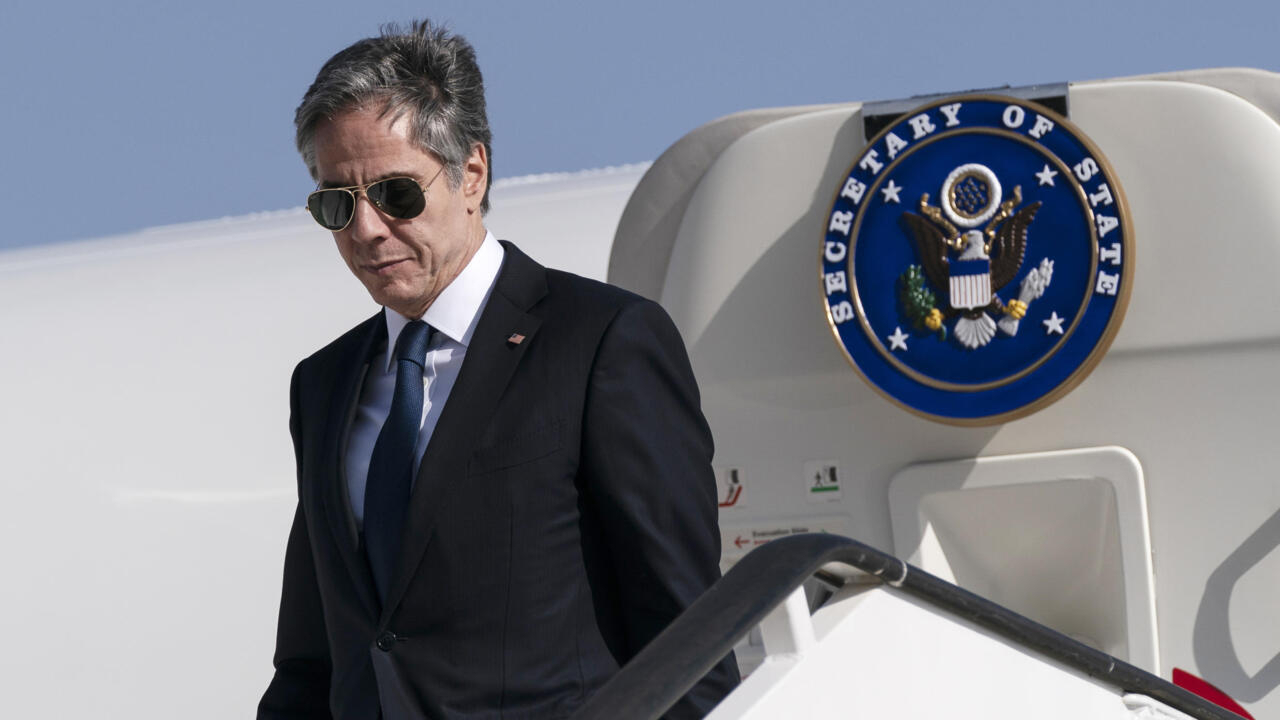 US Foreign Minister Antony Blinken upon his arrival in Amman, Jordan on May 26, 2021. AP - Alex Brandon

Jerusalem, Ramallah, Cairo, Amman were the stages of the tour of the US Secretary of State on Tuesday and Wednesday.

Antony Blinken met with the leaders of Israel, Palestinians, Egyptians and Jordanians just days after the entry into force of a ceasefire between Israel and armed groups in the Gaza Strip.

Since Friday this truce has held, after the outbreak of violence that claimed the lives of more than 250 Palestinians in Gaza and 12 Israelis.

It was the violence of May 10 to 21 in the Middle East that prompted the American administration of Joe Biden to send Secretary of State Antony Blinken to the scene.

The White House was overtaken by the Israeli-Palestinian conflict which it did not want to make a priority.

Certainly, Joe Biden did not wait for recent events in the Middle East to rebalance the American discourse on this issue, after the years during which his predecessor Donald Trump had unreservedly supported the policies of the Israeli right now in power.

But the surge in violence in recent weeks has reminded the White House and many others that this issue remains highly flammable.

The American rebalancing was confirmed during Antony Blinken's visit, when the Secretary of State repeated that his country supported the two-state solution (Israeli and Palestinian) or when he declared that Washington wanted to "

" its relationship. with the Palestinians, including with a very concrete gesture: the reopening in Jerusalem of the American consulate dedicated to Palestinian affairs, closed under Donald Trump. Further rebalancing when the United States confirms the resumption of financial aid of several hundred million dollars which is divided between humanitarian aid and development aid, with an emergency envelope planned for the Gaza Strip.

But this rebalancing remains an "American rebalancing", that is to say one which takes into account the old, strategic and solid alliance between Israel and the United States, whatever the political color of the tenant of the House. White.

Thus, the head of the American diplomacy supported the “

right of Israel to defend itself

He also clarified that American aid should not benefit Hamas, the Palestinian Islamist movement that controls the Gaza Strip.

We already knew that the Biden administration would not reverse one of the most spectacular measures of Donald Trump's mandate: the recognition of

Jerusalem as the capital of Israel

, when the Palestinians want to make it the capital of a future state .

Egypt and Jordan, two key players in the region

Antony Blinken continued his regional tour on Wednesday in Egypt and Jordan, two Arab countries in the region which have signed peace treaties with Israel for several decades, two countries considered very important for the stability of the region. Going through Amman and Cairo were therefore logical steps for the US Secretary of State and very good news for Egypt, which has returned to its role of mediator to negotiate a truce between Israel and the armed groups in Gaza.

establish the parameters of the ceasefire

, Egypt has recalled its key role in the Israeli-Palestinian issue (we can in particular recall that Egypt shares a border with the Gaza Strip and with Israel).

A good operation for Egyptian President Abdel Fattah al Sisi, whose country is regularly criticized by NGOs for its human rights violations, but who for several days has been warmly thanked by his Western allies.