Housing prices in April will continue to rise, when will it reach an inflection point?

Chinanews client, Beijing, May 17 (Zuo Yukun) "The increase in the sales price of newly built commercial housing in 70 large and medium-sized cities has generally expanded, and the increase in second-hand housing has increased and decreased." The National Bureau of Statistics announced April 17 70 city housing prices data show.   The price of new houses in 4 first-tier cities increased by 0.6% 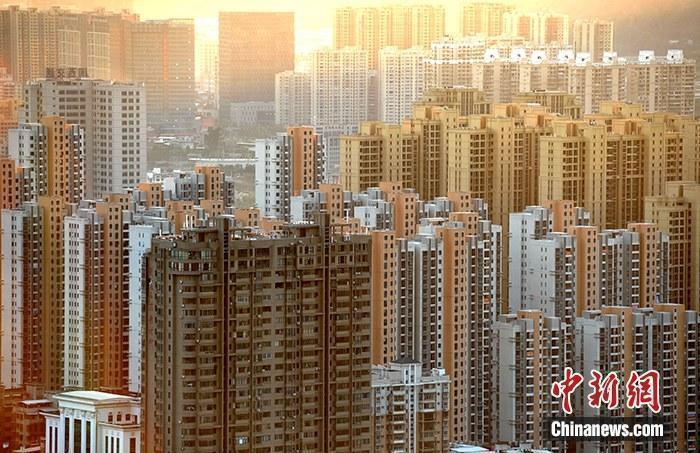 Chinanews client, Beijing, May 17 (Zuo Yukun) "The increase in the sales price of newly built commercial housing in 70 large and medium-sized cities has generally expanded, and the increase in second-hand housing has increased and decreased." The National Bureau of Statistics announced April 17 70 city housing prices data show.

Many cities have tightened regulation and control of the property market, and housing prices are still rising. Is it normal?

When will house prices reach an inflection point?

Chongqing and Guangzhou led the rise, and the heat of the first-tier cities spread to the second-tier

"It was expected that the data in April might fall rapidly, but from the perspective of market performance, most cities are still active. In particular, concentrated land sales have led to hotter markets, and cities such as Chongqing and Guangzhou have become the new leaders in the upward market." Zhang Dawei, chief analyst of Centaline Property, said.

Beijing, Shanghai, and Shenzhen's property market regulation effect is relatively significant, Shanghai and Shenzhen new house prices have faded out of the top 30 month-on-month increase, and Guangzhou's "leading increase" may have surprised many people.

According to Li Yujia, chief researcher of the Guangdong Provincial Housing Policy Research Center, the chaos of talent purchases is the main driver of the rising property market in Guangzhou, and it is also the direct cause of the increase in regulation.

During the "May 1st" period, all transactions in the new housing market in Beijing, Shanghai and Shenzhen fell sharply, with Shanghai down by 59%, Shenzhen by 43%, Beijing by 33%, and Guangzhou by 109% year-on-year.

From the Ministry of Housing and Urban-Rural Development’s interviews with Guangzhou and Guangzhou’s 6 districts, to the "Sixiu Tiao" property market new policy, the real estate financial policy was tightened, and the threshold for talent purchases was raised. Talent purchases need to pay 1 year of social security, and the 9 districts’ value-added tax exemption period will be raised up to 5 years... Guangzhou has recently taken frequent measures to regulate the property market.

Li Yujia predicts that “after Guangzhou’s regulation and control policies were tightened at the end of April, the price-limiting policy will be significantly stricter. In view of the transaction volume, the effect of the policy will begin to appear in May.”

The sales price index of newly-built commercial residential buildings in 70 large and medium-sized cities in April 2021.

At the same time, the enthusiasm for the property market in first-tier cities has further spread to second-tier cities.

“The price of new homes in Chongqing has increased the most month-on-month, and there has indeed been a lot of speculation about housing recently. In particular, the overheating of land transactions in Chongqing has attracted everyone’s attention due to the dual centralized underground supply.” said Yan Yuejin, research director of the Think Tank Center of E-House Research Institute .

Chen Xiao, an analyst at the Zhuge Housing Data Research Center, pointed out that Chongqing completed its first centralized land auction on April 28. Real estate companies are more enthusiastic about bidding, and many land parcels were sold at high premiums, and even set the record of Chongqing's floor price. It can be seen that, to a certain extent, it has boosted the popularity of the Chongqing property market.

"The month-on-month increase in the price of new houses in Chongqing led the hotspot cities for the first time, which means that with the gradual upgrade of regulation, the housing market has spread from the first-tier cities to the general second-tier cities." Li Yujia said that the cities with the highest growth rates are basically weak second-tier cities.

The turning point of the second-hand housing market appears, but it is still the focus of regulation

"However, with the large increase in the price of new homes, the price increase of second-hand housing in first-tier cities has dropped significantly. The most important thing is that a number of regulatory policies issued by first-tier cities are related to the regulation of the second-hand housing market, and the policy effects are gradually Appears.” said Lu Qilin, research director of 58 Anju Guest House Industry Research Institute.

According to data from the National Bureau of Statistics, the sales price of second-hand housing in 4 first-tier cities increased by 0.8% month-on-month, a decrease of 0.2% from the previous month.

After Shenzhen introduced second-hand housing guidance prices, housing prices grew at zero month-on-month for the first time, which was clearly under control.

The sales price index of second-hand housing in 70 large and medium-sized cities in April 2021.

"A turning point in the second-hand housing market appeared in April." Xu Xiaole, chief market analyst at the Shell Research Institute, believes that the increase in housing prices in first-tier cities and hot second-tier cities such as Hefei and Chengdu has slowed compared with last month, mainly because the effect of regulation in first- and second-tier hot cities has continued to show. The seasonal decline of the superimposed market and weakening of market expectations led to the second-hand housing market in April after peaking in March.

According to this logic, the second-hand housing market is expected to cool down in the second half of the year.

"From the performance of the follow-up market, the supervision of second-hand housing should also become the key." Yan Yuejin said that at present, 28 of the 70 cities have increased by more than 5% year-on-year, and the number has exceeded March. This shows that local needs Be wary of overheating of second-hand housing and strictly control market price order, especially in school district housing.

Under strict control, why is the price increase still expanding?

But under such control efforts, why is the price increase still expanding?

"The expansion of the increase shows that the market is under pressure. In other words, all kinds of funds are still accelerating their entry into the property market. This risk needs to be taken seriously." Yan Yuejin said to Chinanews.com, "The tightening of policies only excludes some people from entering the market. But. For those with housing demand, they may still enter faster. If the contradiction between supply and demand is not resolved, it will be reflected in housing prices."

"Whether housing prices will turn in the future depends on credit control and local policies. According to the current tone and control actions, housing prices may turn and stabilize in the future." Yan Yuejin said that this requires an increase on the basis of existing controls. Further control should be done in emerging cities.

Specifically, on the one hand, we need to continue to suppress and strictly control the property market, crack down on existing housing projects, and prevent some urban real estate companies from screening customers and bundling sales; on the other hand, we need to continue to increase land supply, especially to urge real estate companies to be active Supply items.

Where do you live, what is the trend of housing prices?

How much is a square meter?