The Department of Culture and Tourism in Abu Dhabi revealed its plans to resume tourism activities in the emirate, noting that Abu Dhabi will open its doors to the movement of tourists and international visitors from the first of next July, and from all markets around the world without being subject to quarantine. 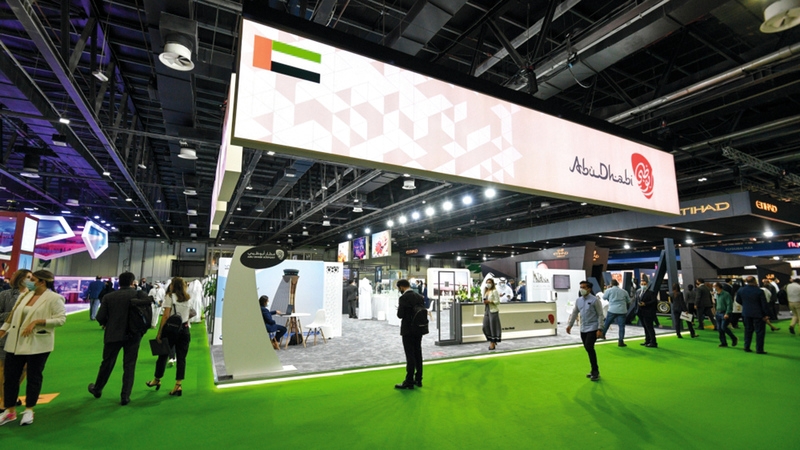 From all global markets without being subject to quarantine

The Department of Culture and Tourism in Abu Dhabi revealed its plans to resume tourism activities in the emirate, noting that Abu Dhabi will open its doors to the movement of tourists and international visitors from the first of next July, and from all markets around the world without being subject to quarantine.

On the sidelines of the Arab Travel Market exhibition, which kicked off in Dubai yesterday, the department stated that about 5,000 new hotel rooms may enter the hotel market in Abu Dhabi during the next three years, noting that hotel occupancy rates during the pandemic reached about 70%.

In detail, the Executive Director of the Tourism and Marketing Sector at the Department of Culture and Tourism in Abu Dhabi, Ali Al-Shaiba, said that hotel establishments operating in the emirate had achieved good results compared to tourist destinations around the world during the Corona pandemic, with the high demand for domestic tourism that was able to cover the decline. Which affected international tourism due to travel restrictions.

Al-Shaiba added to "Emirates Today", on the sidelines of the Arab Travel Market, that the hotel occupancy rates during the pandemic ranged between 65 and 70%, which is one of the good rates.

Al-Shaiba revealed that Abu Dhabi will open its doors to the movement of international tourists from the first of next July, and from all markets around the world, without being subject to quarantine, indicating that work is underway regarding the opening of the tourist market.

And he indicated that the procedures for receiving tourists will be limited to presenting a negative "Corona" examination certificate, pointing out that there will be a travel protocol for those coming from some countries with high infection rates, in addition to another protocol for countries on the green list.

He added that procedures and requirements will be updated according to the changing circumstances regarding the pandemic.

Al-Shaiba expected that the tourism market in Abu Dhabi would witness a gradual increase in international visitor traffic during the coming summer, to reach its peak during the last quarter of this year, indicating that the requirements, procedures and safety measures that are applied ensure safe holidays for visitors.

He explained that promotional campaigns will be launched in preparation for opening the market to the movement of tourism, focusing on various aspects that we excel at, including tourism offers and packages in cooperation with our partners from airlines, agencies and hotel operators.

Al-Shaiba indicated that the number of hotel rooms in Abu Dhabi has reached about 33 thousand rooms, pointing out that "with the postponement of the opening of some hotels during the pandemic, we expect more establishments to enter the market in the near future."

Al-Shaiba affirmed that despite the circumstances imposed by the Corona pandemic, Abu Dhabi has taken advanced steps towards enriching its tourism offerings, as last year it witnessed the opening of a number of new projects, most notably the Hilton Abu Dhabi Yas Island Hotel, Al Hudayriat Entertainment District, and the upcoming project. To open the new airport complex.

He said that about 3000 to 5000 hotel rooms are still in the development and construction stage, and that it is expected to enter the hotel market during the next three years, indicating that investment in the hotel and tourism sector is witnessing continuous growth.

Al-Shaiba stated that in addition to leisure tourism in resorts and luxury hotels, there will also be a focus on developing medium-sized hotels in Abu Dhabi in the context of seeking to attract middle-income tourists and visitors, while working on developing hotel products to suit different visitor segments and their requirements.

He referred to plans that target environmental and cultural tourism in Abu Dhabi during the coming period, indicating that Saadiyat Island will witness the opening of two new museums in the coming period.