How difficult is it to open a script to kill a shop? Popular scripts of nearly 10 stores in a community rely on "grabbing"

How difficult is it to open a script to kill a shop? Nearly 10 stores in a community, popular scripts rely on "grabbing"   Sino-Singapore Jingwei Client, May 16th (Zhao Jiaran) Script Killing-an emerging form of tabletop game based on reasoning and acting. In recent years, the popularity has risen rapidly, and stores of all sizes are located in big cities. However, data shows that the number of 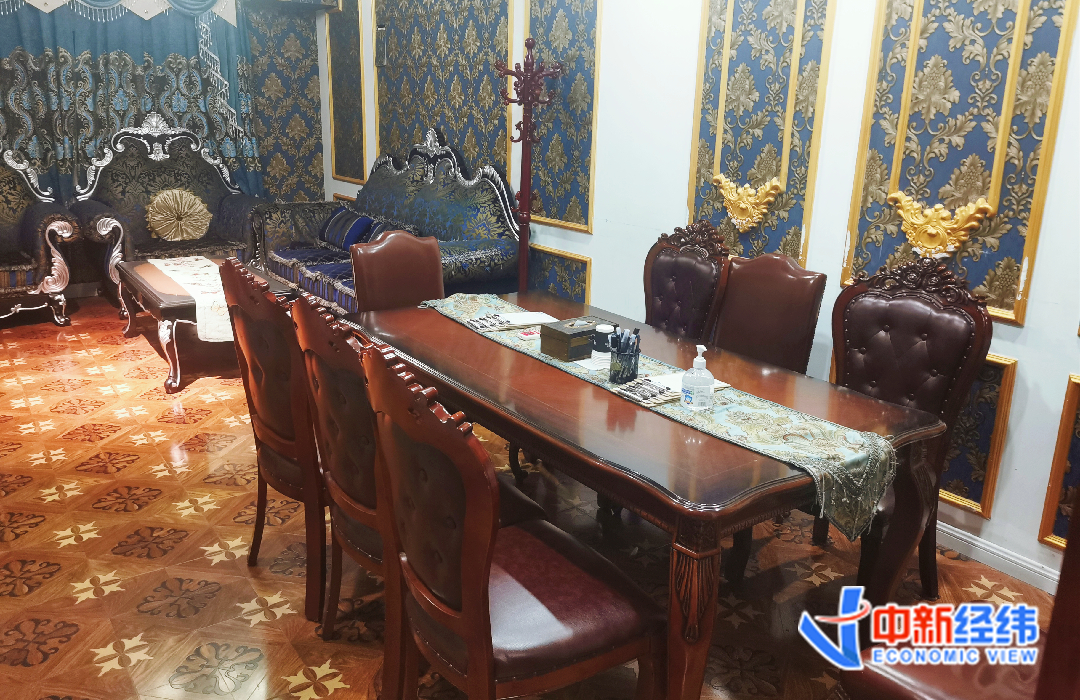 How difficult is it to open a script to kill a shop?

Nearly 10 stores in a community, popular scripts rely on "grabbing"

Sino-Singapore Jingwei Client, May 16th (Zhao Jiaran) Script Killing-an emerging form of tabletop game based on reasoning and acting. In recent years, the popularity has risen rapidly, and stores of all sizes are located in big cities.

However, data shows that the number of cancellations of companies related to script killing is also increasing rapidly.

Is it still a good business to open a script kill shop?

Today, we asked the shop owner for you.

Fuzzy, born in 1994, is one of the founders of Beijing Wuli Immersive Experience Reasoning Script Detective Museum. She is also a serious script killer. She has been in the board game industry for at least 8 years.

"We can be regarded as the first batch of shops to do script kills. They opened stores in 2017. At that time it was not popular called script kills. It was generally called'murder mystery'." Said mischievously, he was a board game when he was in college. Store part-time, and ran a board game shop before opening the script kill shop. At that time, the "Werewolf Killing" game was popular. With the popularity of drama and reasoning variety shows such as "The Detective" in 2016, she began to focus on To this emerging game mode.

"In the past, the mystery of murder was dominated by pure reasoning, but now many scripts have added acting elements, focusing on the plot, and the players are divided into reasoning and acting factions."

In order to have a better immersive experience, some scripts require players to change to Zhongxin Jingwei. Photo by Zhao Jiaran

In 2018, Fan Nao and his partners moved the script killing shop to Beijing Baihuan Jiayuan Community.

She recalled that when the store was opened, the script killing was not well known to everyone. It could only win customers from the fans of board games such as Werewolf Killing. There were not many special script killing stores. Starting in 2019, as the script killing gradually Popular, related shops have sprung up.

"The epidemic in early 2020 caused many script killing stores to close down because they were unable to open for a long time. However, many new stores opened in the second half of the year, and more and more opened." Huo Nao said, "Our store has convenient transportation and complete supporting facilities. This film has almost become a concentration of scripted killing shops, and there are nearly 10 shops in our community alone."

The Sino-Singapore Jingwei client tried to search for the keyword "script kill" in Dianping. It showed more than 3,000 results in Beijing alone, and more than 4,000 and 2,700 results in Shanghai and Guangzhou respectively.

"Selling a script for several million is an extreme situation"

How much does it cost to open a script killing shop?

Fuzzy said that the cost of script killing can be more or less. According to the lowest standard, you only need to buy the script and rent a store to open a shop.

The confusion further shows that the cost of script killing is mainly divided into rent, labor, the cost of buying the script and participating in the exhibition.

"Take our shop as an example. The shop has an area of ​​about 1,000 square meters and has 9 employees. During the epidemic, we have not been in business for several months, but the employees' salaries are still paid, and the net loss is about 100,000 yuan per month."

The fair in the mouth of the mess is one of the main channels for the script kill shop to purchase scripts from the producers.

She introduced that with the popularity of script killing, the frequency of the exhibition has grown from once in the past six months to five or six times a month now; the number of screenplay buyers participating ranges from hundreds to thousands, and there are as many as a few production companies. Hundreds.

Part of the script in the messy shop. Photo by Zhao Jiaran, the new Jingwei

"Scripts can be roughly divided into three types, unlimited sales, city-limited and exclusive." Muzao said, "Unlimited sales means that all scripts can be purchased at stores, and the price is about 400-600 yuan; city-limited refers to each city. There are only a few stores to buy, and the price is around 1000-2500 yuan; and the exclusive means that there is only one store in each city to buy, and the price often starts at 5000 yuan. It is said that selling a script on the Internet earns millions of dollars, even if it really exists. extreme case."

During the three-day exhibition, shopkeepers such as Fuzzy often need to rush to play the script without interruption, and negotiate purchase matters with the production company.

"Many popular scripts need to be snapped up. Some buyers can't even get the chance to try the scripts, let alone buy exclusive scripts."

Fuzzy said frankly that the cost of transportation, accommodation, and script purchase for each time he participated in the exhibition was about tens of thousands.

"Many novice store managers have not budgeted the expenses of the exhibition into the cost, and they only know how much it will cost after opening a store." She said.

"I have friends who want to open a shop, I advise them to think again"

The script-killing industry has attracted many practitioners, but it is also facing the challenge of big waves.

Recently, the topic "The number of screenplay killing stores closed doubled in April" appeared on Weibo's hot searches, with more than 100 million views.

"Seeing this hot search, my first reflection is that I want to go to the second-hand platform to see if there are any furniture and props that can be'picked up'." When talking about this topic, I ridiculed.

She also said that in the past two years, many entrepreneurs who follow the trend of script killing shop have followed the trend, and many people blindly invest without fully understanding the industry.

Fuzzy said that some players around him wanted to invest in the game because they liked script kills and thought they "can make money."

"Take Beijing as an example. Usually, the cost of playing script kills is around 100-300 yuan per person, with 4-10 people per game. Many people simply add and subtract the cost of buying scripts and the fees charged to consumers. I think this is a non-losing business, but in fact there are many factors for operating a script-killing shop, such as how to purchase excellent scripts, how to enhance one's own competitiveness, and the cumulative cost of participating in exhibitions. So, every time a friend said If I want to open a script kill shop, I euphemistically persuade them to think again."

In order to build a reputation and expand the market, he said that he has spent a lot of effort on training DM (that is, the script kills the host) and innovating gameplay.

"We sometimes spend several months adapting, polishing a script, adding some props, etc., to increase the playability of the script. At the same time, we require the DM to have the ability to control the game and add his own ideas Into the game."

"When buying scripts, the store is in a buyer's market, because every good scriptwriter wants to buy it, and the number of places is limited; when facing players, the store encounters a seller's market. Because consumers have so many choices, we need to excel. To have a unique and human touch.” Suddenly concluded, the current situation of the script killing shop is still difficult.

(At the request of the interviewee, the text is confused as a pseudonym)