The year is 2021, but the most important pillar of our economic success is still lagging behind when it comes to digitization. Ironically, the less progressive German state is trimming medium-sized businesses for the future. Now there are even the first successes. 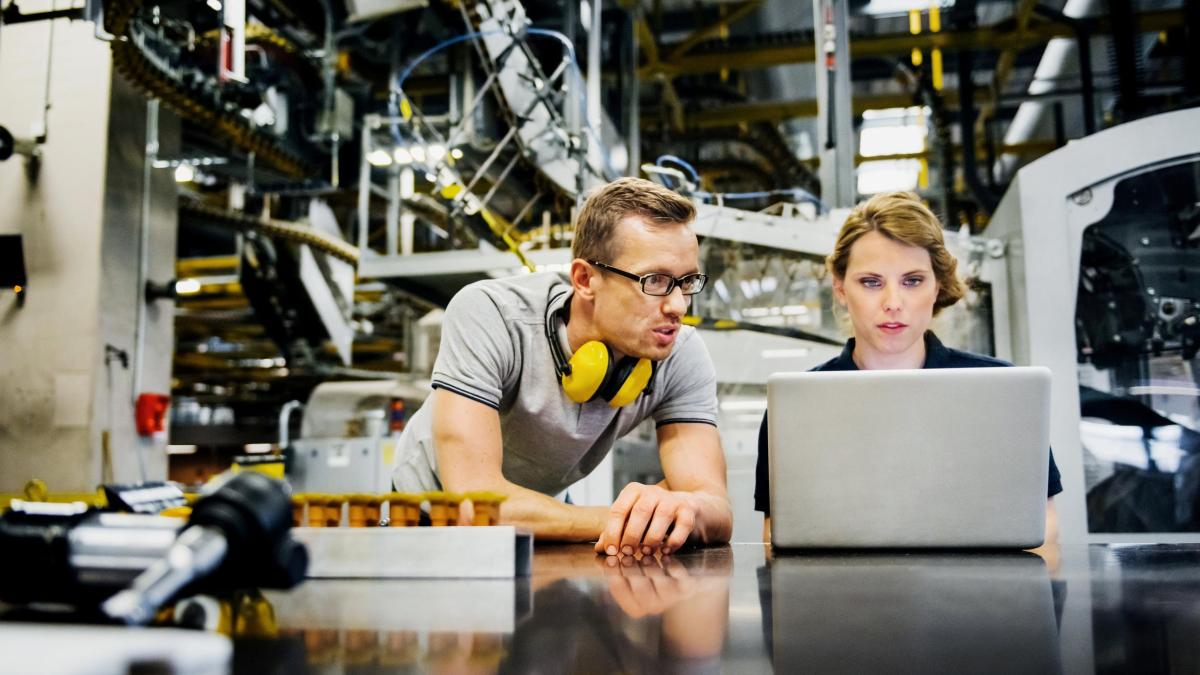 The "Café Baumann" is an institution in Koblenz.

For over 100 years, the confectionery in the center of the 115,000-inhabitant city in Rhineland-Palatinate has been selling cakes, pralines and chocolate.

The delicacies are all homemade, as the owners Doris and Jean Warnecke say.

“No finished or third-party products are sold here,” assures the couple.

Craftsmanship and quality have always been paramount in her family business.

However, tradition is not synonymous with standing still.

On the contrary: The "Café Baumann" now actively uses new technologies in order to be able to offer even more service and individual services.

“Even the most modern technology needs our knowledge and years of experience as master confectioners.

That's why we're not afraid of digitization at Café Baumann, ”says Jean Warnecke.

"Only if we use the new digital possibilities can we benefit from them together while preserving the tradition."

This conviction has led to “Chocolate”, for example.

Under this brand name, the “Café Baumann” offers individual chocolate for business customers, such as small tablets with the company name and logo or with product motifs.

The basic idea behind it goes back many years.

As early as the early 2000s, Warneckes wanted to produce special chocolate bars, such as bars for those in love with home with the topography of the upper Middle Rhine Valley, i.e. the region around the headquarters of the café in Koblenz, where the Moselle flows into the Rhine at the Deutsches Eck.

A mass implementation failed because of the high costs for the necessary molds.

There was therefore no more than individual pieces.

With advancing digitization and the triumph of technologies such as laser cutting and 3-D printing, however, completely new opportunities arose for the craft business.

The so-called Digital Crafts Competence Center with its headquarters in Hanover and five branches nationwide, including one in Koblenz, helped set up the new Logo Confiserie business model, including the infrastructure behind it.

"We got advice there and then started a project together," says Doris Warnecke WELT.

26 competence centers with a total of over 1000 experts

"And now this business has become an additional pillar for us." And that goes far beyond our own district: Even the car manufacturer Audi and the German-Austrian medical device manufacturer Lohmann & Rauscher are now on the customer list of the small medium-sized company with 40 employees.

The "Café Baumann" now benefits from its openness to digital transformation.

Especially during the pandemic, in which the 120 seats in the guest room had to remain empty for months due to lockdown and a large part of the business collapsed.

Other companies and trades could do the same.

And this is exactly where the work of the competence center comes in: conveying expert knowledge to medium-sized companies.

“There are enough ideas, but they also have to be implemented,” says Christoph Krause, who is part of the advisory team at the Koblenz branch of the Digital Crafts Competence Center.

13 experts support small and medium-sized businesses from the trade with all questions and topics relating to digitization.

"We inform entrepreneurs and executives about the operational possibilities of digital technologies and provide assistance with the practical implementation in the companies", so a self-description of the competence center, which in turn is part of a large network called "Mittelstand-Digital", behind which the Federal Ministry of Economics (BMWi) stands.

A total of 26 competence centers with a total of around 1000 experts across the country belong to Mittelstand-Digital, 18 of which have a regional focus and eight with a thematic and sectoral approach, such as in the case of the skilled trades or on topics such as trade, IT business or planning and building.

Most centers have so-called learning and demonstration factories in which practical examples of digital technologies are presented, in Koblenz for example 3-D printing and robot technology.

The facilities that are currently still called “Mittelstand 4.0 Competence Centers”, but will be renamed “Mittelstand Digital Centers” from the summer, are located, for example, at colleges and universities, at research facilities such as Fraunhofer institutes or also at chambers of trade and industry and Chambers of Commerce.

Because there are rows of experts with a lot of knowledge about digitization and artificial intelligence, according to the initiators.

And that should be made usable.

“We don't have to hope for the next Facebook.

If we instead connect many small businesses to the digital world and thus create value-added networks, that is at least as valuable in the long run, ”says Krause.

The BMWi-financed project started back in 2012. However, the campaign only really gained momentum in the past three or four years, reports Martin Lundborg, who heads the accompanying research at Mittelstand-Digital.

The next record should now be imminent in the current year.

"We are currently noticing an enormous demand," reports Christoph Krause of his daily experience.

“Because right now, many companies are realizing that they have to upgrade digitally.” Finally, as Krause says.

In fact, when it comes to digitization, Germany is sometimes massively lagging behind other countries, as the index for the digital economy and society (DESI) shows.

The European Commission has been investigating the digital competitiveness of the member states since 2015 - and the Federal Republic of Germany just made it to twelfth place.

"Small and medium-sized businesses in particular have to become significantly more digital," says Lundborg, head of communication and innovation at the think tank and research institute for communication services WIK from Bad Honnef.

“There is a big gap in digitization.” Only ten to 20 percent of medium-sized companies in this country are well prepared.

"On the other hand, in our experience, around half have not yet had any digitization strategy at all."

The BMWi mainly wants to reach this half via Mittelstand-Digital.

The free program for those seeking help focuses on companies with up to 500 employees and 50 million euros in sales.

Often, even small steps are enough to make noticeable improvements, as Lundborg reports.

The most important topics are Industry 4.0 and networked manufacturing, as well as artificial intelligence (AI), cybersecurity, e-commerce and the efficient design of processes.

Lectures, publications and checklists, training courses, workshops and webinars as well as individual consultations and potential analyzes are also offered.

“We offer information to help you get started and point out alternatives to solve a problem,” Lundborg describes.

“The companies then have to implement the results themselves.” And according to accompanying research, two out of three companies do the same.

There is, however, concrete help with arranging and applying for funding.

The federal and state governments have launched several programs to advance the topic of digitization.

The best examples are then summarized in activity reports and published as “success stories” for others to read and follow.

There is also an episode like this for “Café Baumann” and its online sales platform Schokolativ.

The aid project with the Digital Crafts Competence Center had a total of eight phases.

At the end there was a 3-D printer with which a model can be created quickly and cheaply, which in turn serves as a template for a mold from a thermoforming machine, with which the chocolate is then shaped into the desired logo shape.

"Without the help from the Competence Center, we would probably not have been able to implement it like this," says Cafe Manager Warnecke, who does not rule out that there will be follow-up projects.

Because digitization is now even more important in the company, as the next generation is in the starting blocks.

And for them a digital world has long been a daily reality.