Since Monday, clashes between Israel and Hamas have continued. The bombings killed 10 people from the same Palestinian family this Saturday, May 15 in Gaza. The latest report shows ... 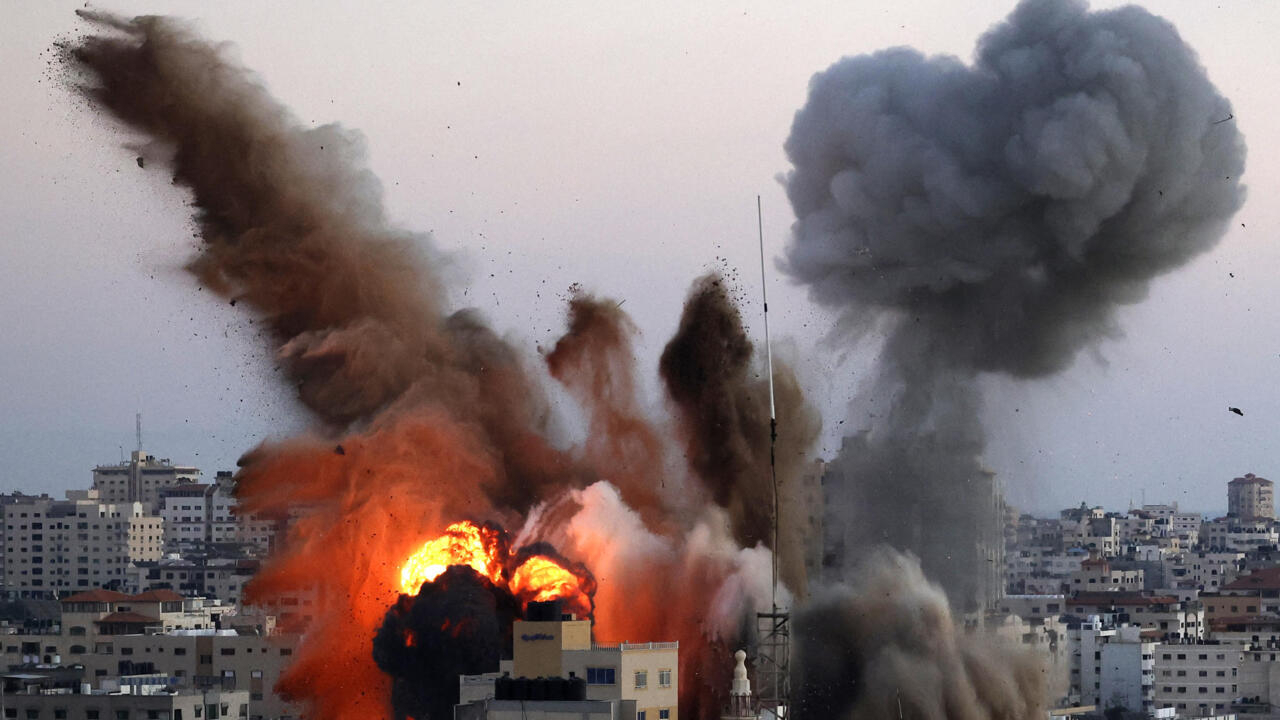 Smoke rises after an Israeli airstrike on Gaza City on May 14, 2021. AFP - MAHMUD HAMS

Since Monday, clashes between Israel and Hamas have continued.

The bombings killed 10 people from the same Palestinian family this Saturday, May 15 in Gaza.

The latest toll shows 126 dead in air raids on the Palestinian enclave, 10 dead in clashes with the Israeli army in the West Bank and 9 dead on the Israeli side.

the start of hostilities

, Gaza has been crushed by bombs from the Israeli army, reports our correspondent in Jerusalem

night and day, the bombs fall

, and in the streets of Gaza where two million Palestinians live under Israeli blockade, the carcasses of the pulverized buildings accumulate.

Prime Minister Benjamin Netanyahu has warned that his army will inflict serious setbacks on Hamas.

The Israeli army claims to target Hamas positions and in particular underground launch sites because it is from these positions that the Palestinian armed groups fire their rockets at Israeli towns.

90% of them are intercepted by

I thought I was going to die, all the windows in our house had been destroyed.

The glass exploded and almost killed me in my sleep.

Testimonies from young residents of Gaza

Violence is spreading in the Israeli and Palestinian territories.

For several days now, mixed Israeli towns where Jews and Arabs live have been the scene of intercommunal clashes.

The West Bank is

Clashes that are likely to continue.

the 73rd anniversary of the Nakba, "the disaster

In 1948, when the State of Israel was established, 700,000 Arabs were driven from their lands and forced into a forced exodus.

"No very clear political outcome yet"

Coupled with an escalation between Arabs and Jews in several mixed cities of Israel, the conflict has reached a level of violence not seen in decades, according to Israeli police. But what is the share of responsibility of Prime Minister Benyamin Netanyahu? "

Aqsa. But when we know the political context, that a few days before, he had handed over his mandate to form the government because he had failed to do so and that it was the opposition candidate who was on the verge of succeeding in this maneuver, we say to ourselves that even if he is not the organizer of all this, it is true that it serves him, ”

analyzes Denis Charbit, professor of political science at the Open University of Israel.

may well benefit politically from this renewed tension.

His interests are to stay in power.

But at the same time, it is also knowing how to take advantage of events.

And in all likelihood he will succeed, since it has been announced that Naftali Bennett is giving up the idea of ​​forming an alternating government

estimates the professor before concluding:"

There is not yet a very clear political outcome, but Netanyahu, presumably, still has a chance to stay in power for some time.

Palestinians commemorate 73rd anniversary of the Nakba, "the disaster"

In Lebanon, the solidarity movement with the Palestinians sometimes takes a violent turn