"Invest in Dubai", the unified digital platform for business formation launched by His Highness Sheikh Mohammed bin Rashid Al Maktoum, Vice President and Prime Minister of the UAE and Ruler of Dubai, last February recorded strong growth, confirming Dubai's position as a global destination for investment and the best choice for investors. 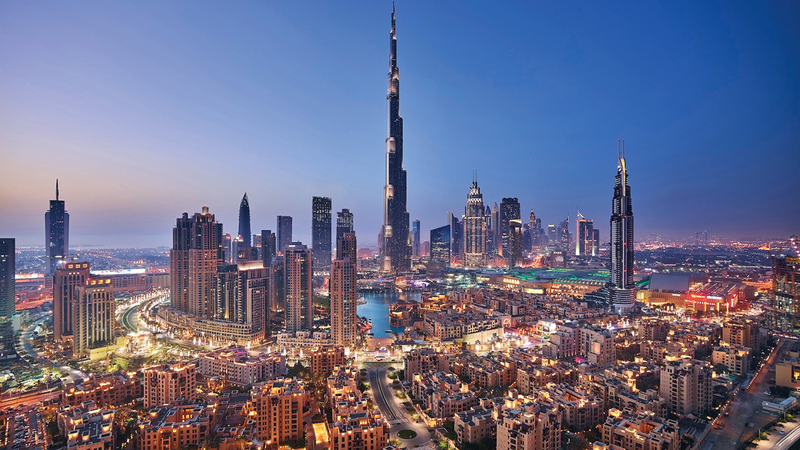 Creating 9,181 jobs for licenses issued in cooperation with the "Human Resources and Emiratisation" in less than 4 months

“Invest in Dubai”, the unified digital platform for business establishment launched by His Highness Sheikh Mohammed bin Rashid Al Maktoum, Vice President and Prime Minister of the UAE and Ruler of Dubai, last February recorded strong growth confirming Dubai's position as a global investment destination and the ideal choice for investors and entrepreneurs locally. Globally, with the unique experience the platform provides for doing business in a manner consistent with the smart Dubai style, as the largest unified platform that gives investors the opportunity to obtain commercial licenses, start business within a few minutes, and in an easy and smooth manner that saves time and effort, as the platform issued licenses to 3464 foreign investors from 77 nationalities in less than four months, with the creation of 9,181 jobs for licenses that were issued based on the link with the Ministry of Human Resources and Emiratisation.

The General Secretariat of the Executive Council of the Emirate of Dubai works to ensure the harmony and integration of government work to achieve the goals set by the wise leadership, which would support efforts made to facilitate business establishment in a manner that keeps pace with the Dubai World environment.

The "Invest in Dubai" platform contributes to standardizing and facilitating and speeding up the procedures of the customer's journey in a way that serves investors and business leaders. The work team continuously develops the experience of the customer and works on the necessary improvements in the service paths according to the proposals of customers and government agencies.

The platform provides commercial licensing services and obtaining all government requirements and approvals for more than 15 entities on a central platform without reviewing any service center. A set of packages and value-added services are also provided to facilitate the start of the commercial project.

The Director General of Dubai Economy, Sami Al Qamzi, said: “The (Invest in Dubai) platform covers the entire business cycle, starting from searching for the appropriate opportunity, registering the trade name, obtaining the initial approval for issuing the license and the requirements of government agencies related to it, and ending with obtaining the commercial license. ».

He added that “according to the latest data, the total number of commercial registration and licensing transactions on the platform reached 5747 transactions, while 3464 commercial licenses were issued, while the process of reserving trade names recorded 1448 procedures, while the number of initial approvals reached 830 procedures and 275 procedures for starting a business. And that since the launch of the platform in the beginning of February until today ».

He explained that “485 various activities have been licensed for licenses on the platform, and it includes the top 15 issuing activities, which represent 46% of the total licensed activities, including, but not limited to, project management services, technical works and their maintenance, an e-commerce complex, and marketing services through communication sites. Social, and others ».

For his part, the Undersecretary of the Ministry of Human Resources and Emiratisation for Human Resources Affairs, Saif Ahmed Al-Suwaidi, said that the ministry contributed to automatically providing jobs for all licenses issued on the “Invest in Dubai” platform, as five employees were allocated to food licenses, and the rest of the licenses were allocated three employees. .

He added that the latest data indicates the creation of 9181 jobs for the licenses that were issued based on the link with the Ministry of Human Resources and Emiratisation, pointing out that the Ministry seeks to extend its partnerships with all local authorities, and to grant the authority to determine the number in the future to facilitate the procedures for starting a business and raising the competitiveness of the UAE. United Arab.

In the same context, the Director General of the General Administration of Residency and Foreigners Affairs in Dubai, Major General Muhammad Ahmad Al-Marri, said that the latest statistics showed that the "Invest in Dubai" platform, since its launch until today, has attracted 3746 investors, representing 77 different nationalities, while 10 nationalities were formed. Equivalent to 90% of the total number of foreign investors, including but not limited to British, Russian, French, Jordanian, Egyptian, Indian, Pakistani, and Filipino nationalities.

In addition, the Assistant Director General of Smart Dubai, Executive Director of the Dubai Data Corporation, Yunus Al Nasser, confirmed that the "Invest in Dubai" platform team is working on the future plan for services in the platform and providing services for the second phase, which will be implemented in 2021, as the platform will include additional services. Several commercial licenses, including all amendments to licenses, opening bank accounts for other banks, issuing company branches, renewing commercial licenses, opening traffic files for vehicles, indicating that 87 immediate bank accounts were opened from Emirates NBD through the platform.

The “Invest in Dubai” platform offers a range of packages and value-added services to facilitate the start of the business, such as issuing the establishment card required by the Federal Authority for Identity and Citizenship, the Ministry of Human Resources and Emiratisation, the allocation of employment quotas, and the documentation of the establishment contract from the Dubai Economy.

The services of the initial approval, reservation of a trade name, the issuance of immediate licenses, the licenses of the Mohammed bin Rashid Establishment for the Development of Small and Medium Enterprises, launching licenses, a dealer license, in addition to electronic incorporation contracts, and the renewal of commercial licenses are available on the platform.

To view the topic in full,

87 instant bank accounts from Emirates NBD were opened on the platform.