The Vice President and Minister of Labor Yolanda Díaz announced today that the coalition government that she leads on behalf of United We Can &amp; quot; now begins to ... 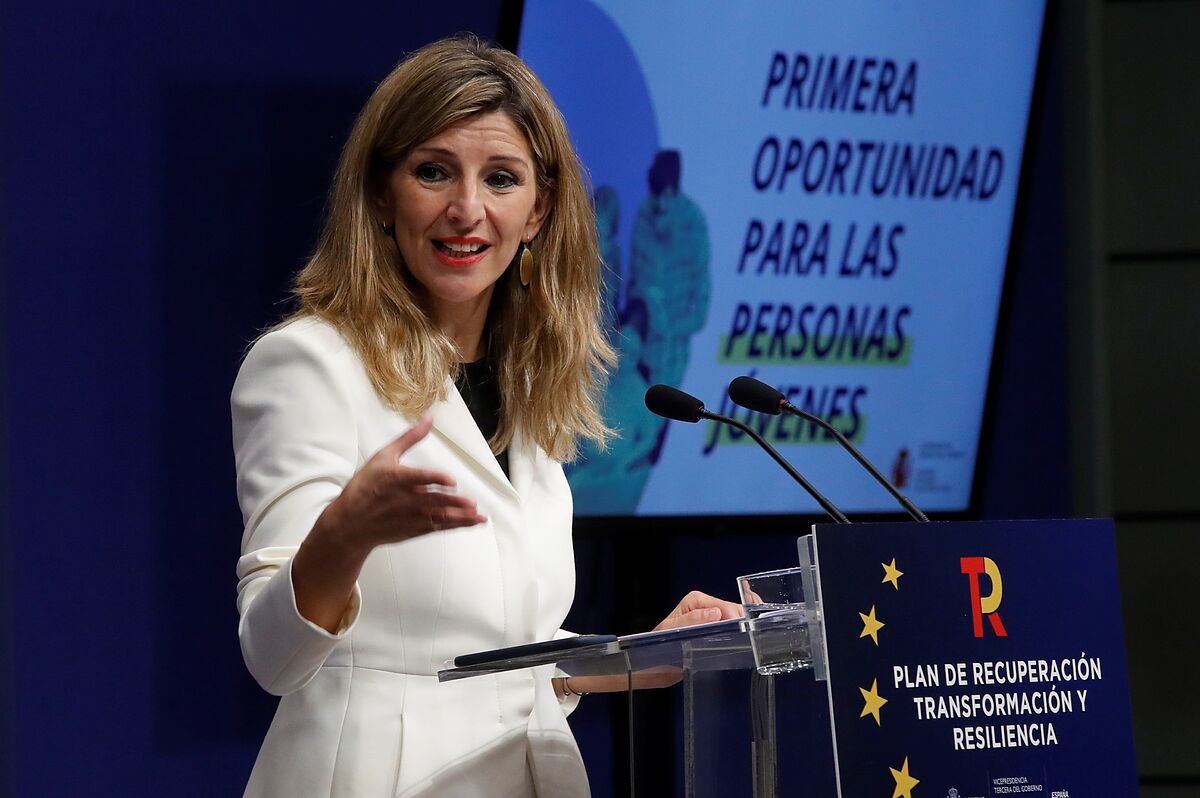 Vice President and Minister of Labor

announced today that the coalition government that she leads on behalf of United We Can "is now beginning the legislature."

A year and a half after training and in the midst of a crisis due to the departure of Pablo Iglesias from the Executive and the electoral debacle in the Community of Madrid, Díaz has assured that the Government will complete the legislature, which is now facing the implementation of the Plan of Transformation, among which the labor one stands out.

Labor market reforms must be negotiated and converted into

a new legislative framework by December 2021 at the latest

. The Government has listed them in the commitment document sent to the European Commission. Of course, the scope of these reforms, which include from the simplification of the types of contracts to tackle the temporality to the prevalence of sectoral agreements over company agreements, remains to be seen.

Díaz has promised not only an "amendment" to the 2012 PP labor reform, but to go much further for its "ambitious" content.

Whether by applying these changes that the bosses rejects, Díaz considers his commitment to dismantle the labor reform to be fulfilled is not clear. Labor sources admit that the changes included in the negotiating agenda that concludes in December do not include all the electoral commitments of the parties of the coalition government, which may be undertaken in 2022.

Given the deadlines for reaching agreements that social dialogue employs, meeting this agenda is challenging. "The deadlines in Law are not discussed, we have set a date and we have to meet them," the minister insisted when asked if it is a realistic deadline taking into account the number of matters to be addressed and the differences that separate the social agents of the agreement. Although

, Díaz's statement implies that, once the deadlines have expired, the Government is willing to legislate without the agreement of employers and unions. In the absence of the figure of the Vice President of Economic Affairs,

, the warning to employers could be understood as direct.

But Calviño's footprint has already been more than marked in the negotiations and legislation on matters directed by Díaz such as the Riders law.

As this newspaper reported today, the Riders Law will be approved tomorrow by the Council of Ministers.

Díaz has pointed out in this sense that Spain "looks without complexes in the eyes of Europe, who emulates what this country is doing at the moment."

"We are not going to Europe to learn, Europe also learns with what Spain is doing," he added, after underlining that algorithms are "key and fundamental so that what is produced today in the labor market, which has biases ".

The agreement, which is limited to the group of distributors, contemplates that the legal representation of workers must be informed of the rules that include

and artificial intelligence systems that can affect the working conditions by which the platforms are governed, including access and maintenance of employment and profiling. Specifically, the text says that it will be collected in the Workers' Statute that companies must report the parameters, rules and instructions on which the algorithms or artificial intelligence systems that affect decision-making that can affect working conditions, access and maintenance of employment, including profiling.

the frustration that UGT

, one of its biggest promoters,

through complaints against digital platforms in the courts and broader regulation proposals than what the Executive has prepared.

"The Government had the opportunity to advance in this situation and deeply regulate the sector, but it has succumbed to pressure and lobbying from the platforms, leaving it in its smallest expression."