The major Western allies of Iraqi Kurdistan are worried about human rights violations in the autonomous region. Five journalists and activists were sentenced on appeal to 6 years of imprisonment ... 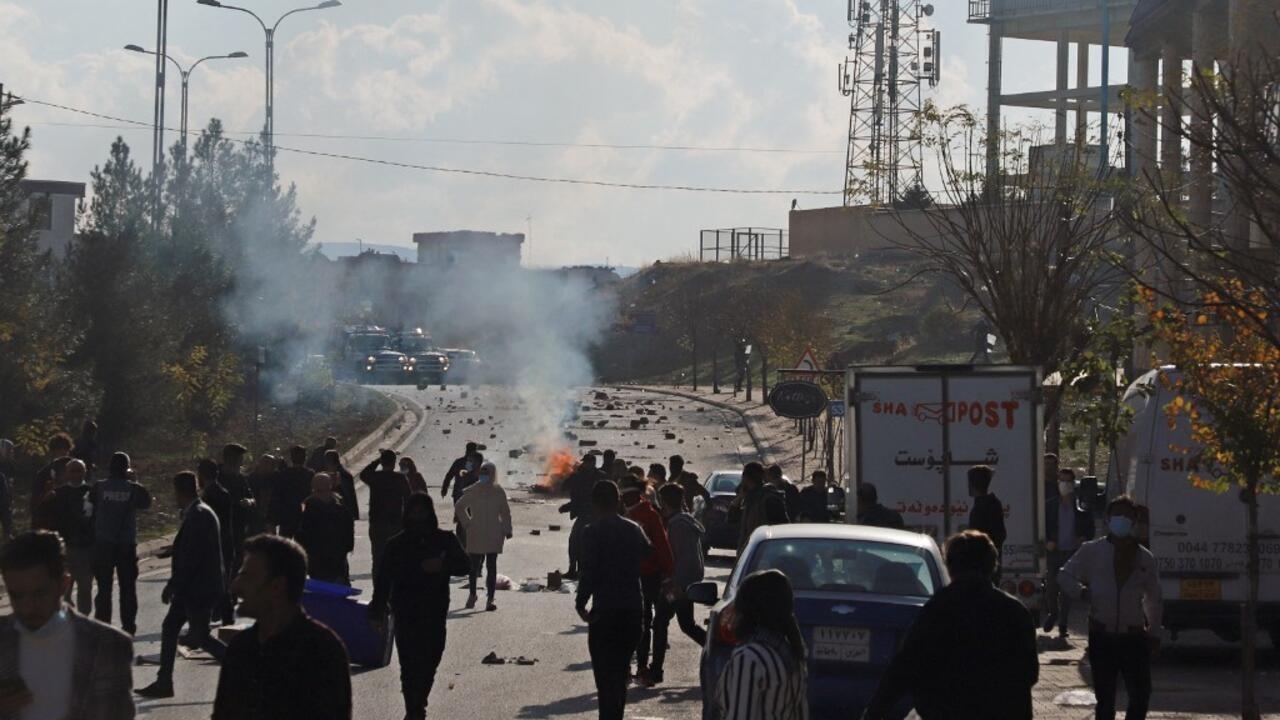 Iraqi Kurds block a boulevard in front of a local government building during a demonstration against Kurdish authorities accused of corruption in the city of Suleymaniyeh, in northeastern Iraq, on December 11, 2020. AFP - SHWAN MOHAMMED

The major Western allies of Iraqi Kurdistan are worried about human rights violations in the autonomous region.

Five journalists and activists were sentenced on appeal to 6 years in prison for attempting to harm national security but also for spying for the United States and Germany.

For months, the families of the five accused have called on the international community to react to what they described as a political instrumentalisation of justice.

Journalists Sherwan Sherwani, Guhdar Zebari and Ayaz Karam and activists Shvan Saeed Omar and Hariwan Issa were all arrested last October in an operation to quell protests against the authorities in Iraqi Kurdistan.

Their relatives denounce the use of torture and threats to force them to sign the confessions used during their trial. According to his lawyer, Shirwan Sherwani appeared there injured and unable to stand up in court. He also then directly accused the intelligence forces of threatening to sexually assault his wife and mother if he did not sign the confession. According to Human Rights Watch (HRW) the judge did not react to these accusations. For the NGO it is clear that the condemnation comes from a "

". Sherwan Sherwani is best known for his journalistic investigations into corruption. He also publicly criticized the Kurdish prime minister on social media.

Twenty-nine Iraqi Kurdish deputies also denounced the non-respect of the laws during the investigation as well as the absence of lawyers with the defendants during the interrogations.

To read also: In Iraqi Kurdistan, the protest movement turns to chaos

The five men had to respond to several charges such as "incitement to demonstrate and destabilize the region", "misuse of electronic devices", an accusation often leveled against journalists critical in the region.

But the Court of Cassation, which dismissed the appeal last week, went further.

In her report, she claims that American and German diplomats allegedly paid the defendants money for espionage missions.

The two countries implicated in the affair, however long-standing allies of Iraqi Kurdistan, have therefore both defended the defendants.

In a statement sent by the American consulate to the Kurdish media, Washington first of all recalls its "

attachment to freedom of expression

to respect for the laws, particularly in the judicial process

American diplomats who - like journalists - meet different people to do their jobs."

The espionage charges are simply

from Berlin's point of view.

They are said to be based on testimonies from secret informants and on photos found on social media showing the defendants alongside members of diplomacy.

For the German consulate there is no debate: “

The exchanges carried out with members of civil society, journalists and activists are part of daily diplomatic work all over the world.

Canada, France and the European Union have also expressed their concern about this affair.

The only hope for the five inmates now is presidential pardon.

But that would amount for the president of the Iraqi Kurdistan region Netchirvan Barzani to contradict his own cousin the Prime Minister who openly accused the five men of terrorism and espionage even before the judgment begins.

Being a freelance journalist or a simple critic of the authorities has never been easy in Iraqi Kurdistan.

is the former head of the Kurdish security services.

The three journalists and two activists in question were detained in a series of large-scale arrests aimed at quelling the popular uprising generated by increasingly difficult living conditions. According to lawyer Karzan Fadhel of the Democracy and Human Rights Development Center (DHRD) based in Souleymanieh, there are today more than seventy political detainees between Erbil and Dohuk, the two large towns under the authority of the PDK. Among them, Badal Barwari, a figure in the movement of teachers who have been demanding the payment of civil servants' salaries for several years. This professor was arrested in August 2020 in Dohuk with journalist Omed Baroshki. Both have since been detained in Dohuk. Badal Barwari's lawyer said he was very worried about his client's health last February. This Monday,he announced a hearing scheduled by the Court of Cassation in Erbil on August 17, a year after his arrest.

To read also: In Iraqi Kurdistan, demonstrators arrested and tried with "false evidence"