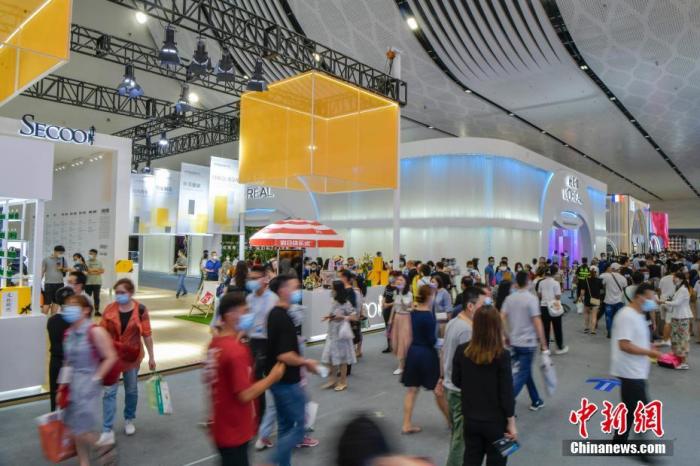 Thanks to the staged victory in the prevention and control of the new crown epidemic, China’s national-level exhibitions have "arrived as scheduled". Among them, not only the Shanghai Import Expo in 2020, but also the Hainan Consumer Expo, which is held for the first time, are reflected in the different exhibitions. The same trend-global brands are chasing opportunities in the Chinese market.

From Consumer Fair to CIIE: It's a pity to miss one

For any national-level exhibition in China, Eddington Group is an absolute "newcomer", but the newcomers are not small. On the first day of the opening of the Consumer Fair, the group's single malt whisky brand Macallan Signed a cooperation order of more than 100 million yuan with a company in Shenzhen.

"I have never been to the Canton Fair or the China International Import Expo. This is the first time I have come to the CIIE. It is a pity that I have not participated in this type of exhibition before. It is precisely because of this that I will definitely do it in the future. Apply to participate in the CIIE." Song Houchi, Managing Director of Eddington Group China, told a reporter from China News Agency.

In Song Houchi’s view, the Chinese government’s epidemic prevention measures are very effective. When he contacted his colleagues at the British headquarters, he could notice that they have not been in the office for a long time since the epidemic last year, and the local economy has also been greatly affected. This is especially true in European countries with tourism as the main industry. China's domestic demand market is gradually recovering and the economic momentum is improving. Such a market is extremely important for multinational companies.

The French jewelry brand Keirin Brand Public Relations Director Shi Shasha said that it is the first time for Irene to come to the Consumer Fair, and now she is also communicating with the Expo, and wants to participate in the CIIE this year.

"Frankly speaking, we have no choice for the exhibition." Shi Sha Sha said that he is very optimistic about the prospects of the Hainan market and is also actively communicating with some local duty-free groups, looking forward to opening duty-free shops in Hainan in the future. The CIIE, which is also a national-level exhibition, is also a large stage to showcase the brand image. It is also hoped that the CIIE will facilitate direct communication between the brand and the market.

Shi Sha Sha is optimistic about China's high-end consumer market. After the outbreak, China is the country with the best sales and recovery performance in the global luxury goods sector. From these aspects, luxury brands must pay attention to and deepen the Chinese market.

Zhengda Group, the "veteran" of the Three Realms International Import Expo, once again closely followed the latest pace of China's opening up, and came to the scene of the first Consumer Expo.

"We have always been optimistic about the Chinese market. We will participate in these open and large-scale exhibitions." Lan Xiao, senior president of China Zhengda Agriculture and Animal Husbandry Food Enterprise, pointed out that the four days of the exhibition felt very good, especially for the products of C-end consumers. Welcome, the Consumer Expo has a strong atmosphere of directly facing consumers and the market, while the CIIE will have more investment negotiations and strategic cooperation between regions and enterprises.

Chen Yixin, president of FANCYCD, said bluntly that there are relatively more exchanges between governments at all levels in the CIIE, and the Consumer Expo will show another kind of charm. The pavilion can listen to customers deeply and truthfully. Feedback, because the main focus of the Consumer Fair is consumer products, the exhibits are closer to the lives of ordinary people, and international brands can touch the "most grounded" market pulse and temperature.

"For us, the Consumer Fair is really an exhibition that boosts our confidence. The epidemic last year hit many brands, but when we came here, we saw that consumers gave us very good comments on our new products. Let us forget the pain and difficulties of the epidemic, and we will understand that it is worthwhile to continue to cultivate the Chinese market." Chen Yixin said.

Bai Ming, deputy director of the International Market Research Institute of the Chinese Academy of Commerce, told a reporter from China News Agency that the CIIE and the Consumer Expo have different focuses. The former is to expand imports, and the latter focuses on consumption upgrades, but both are opened by China. With the practice of doing business at home, China has now formed a state-level top trade exhibition system, and the “buy the world and sell the world” consumer expo will play an increasingly important role in the future.