In Iraq, attempted assassination of a journalist, the day after the death of an activist

An Iraqi journalist was in intensive care early Monday after an assassination attempt in southern Iraq, 24 hours after Ehab al-Ouazni, one of Iraq's anti-power voices, was shot dead. 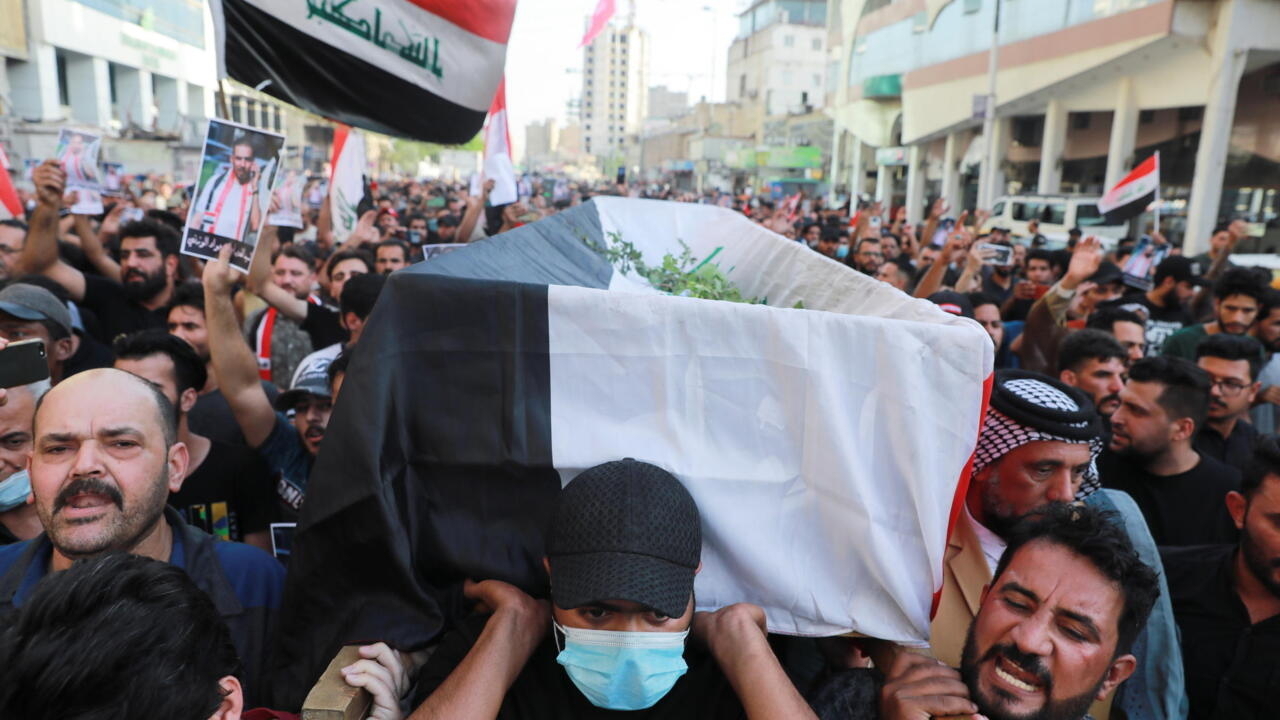 In Iraq, attempted assassination of a journalist, the day after the death of an activist

The crowd carries the coffin of the militant Ehab al-Ouazni, assassinated Sunday, May 9 in Kerbala.

An Iraqi journalist was in intensive care early Monday after an assassination attempt in southern Iraq, 24 hours after Ehab al-Ouazni, one of Iraq's anti-power voices, was shot dead.

Around one in the morning, "

as he got out of his car to go home

" near Diwaniya, the journalist Ahmed Hassan of the Iraqi channel al-Fourat, was the victim of shootings, reports to AFP a witness present at the time of the facts. He has since been in intensive care after receiving "

two bullets in the head and one in the shoulder,

, who for many years had denounced armed groups or Iran's seizure of his country from his holy Shiite city of Kerbala. The activist did not escape it. In the evening, demonstrators burned tires and prefabs in front of the Iranian consulate in Kerbala after chanting during the funeral procession of Mr. Ouazni "

The people want the fall of the regime!

". Since then the situation has continued to degenerate. Demonstrations erupted in Kerbala, but also in Diwaniyah and Nassiriya, two other towns in the South.

The assassination of Mr. Ouazni and the assassination attempt against Mr. Hassan have resurfaced the specter of political eliminations, in a country that was customary during the civil war (2006-2009) but where they had since ceased.

This violence comes at a time when the country is supposed to organize legislative elections in October - an early poll promised in the wake of an unprecedented revolt in October 2019. This movement, the "October revolution" concluded by nearly 600 dead, does not he was arrested only after a campaign of intimidation, kidnappings and assassinations.

The shadow of Iranian militias

If the militants are so exasperated, it is because they hoped for protection from the current government, appointed because the previous one had to leave in the face of the “October Revolution”. The police in Kerbala may well say that they will "

catch up with all the killers

". not convinced. The Ouazni family thus affirmed that they would not receive any condolences until the perpetrators were unmasked.

Because activists consider that Mr. Kazimi, also head of intelligence, has still not done, a year after taking office, justice to the critics murdered.

Mr. Ouazni himself attacked the head of government in February on Facebook: “

Are you aware of what is happening?

Do you know they kidnap and kill or do you live in a country other than us?

Nobody claimed responsibility for their deaths, but for the militants, as for the UN, they are "

Iran's militias murdered Ehab and will kill us all, they threaten us and the government is silent,

" one of his friends denounced in a video shot in the morgue.