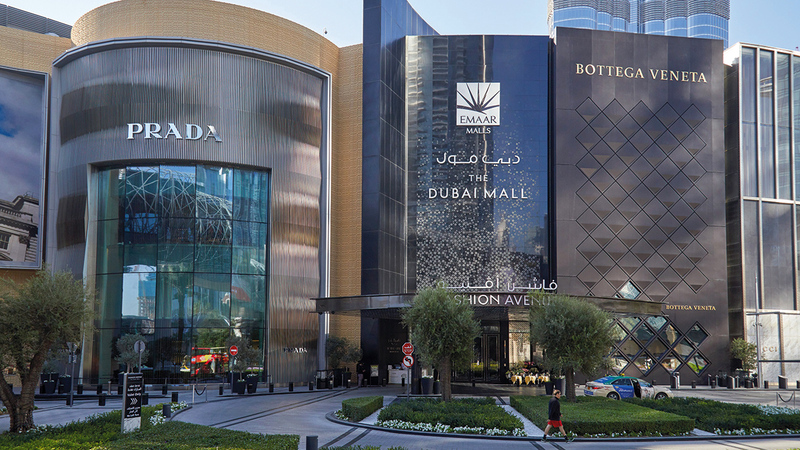 It recorded an increase of 169% in net profit

And «Emaar Malls», in a statement yesterday, that its online platform, Namshi, which specializes in online fashion trade and is wholly owned by it, recorded sales of 258 million dirhams during the first quarter of 2021.

The company attributed the strong performance achieved by Namshi to its continuous growth in Saudi Arabia, Kuwait, and other countries of the Gulf Cooperation Council, as well as its launch in Qatar in early 2021, at a time when more than 117 new brands were launched on the platform in the first quarter of 2021.

The company confirmed that despite the great difficulties that accompanied the "Covid-19" pandemic, and its repercussions on the global economy and the retail sector, it recorded good profit margins during the first quarter of 2021, and is witnessing a continuous recovery across its business units.

"We continue to focus our efforts on completing and handing over our new expansion and development projects, in a way that guarantees enhancing our financial profits," said the founder of Emaar Real Estate, a member of the Board of Directors of Emaar Malls.

He added that, in an effort to continue to drive growth at Emaar Malls at both the local and global levels, the company is always working to provide an exceptional shopping and entertainment experience that exceeds the expectations and requirements of customers, pointing out that Dubai is one of the fastest growing cities in the world.

According to the statement, occupancy rates in the assets of "Emaar Malls", which include: "Dubai Mall", "Dubai Marina Mall", "Gold and Diamond Park", "Souk Al Bahar", and retail centers within the residential complexes, maintained their resilient performance during the quarter. The first of 2021, which has reached 91%.

She explained that in the context of giving the highest priority to providing financial support to tenants of its retail properties, Emaar Malls has continued to implement a policy of easing tenants' burdens in its fourth phase during the first quarter of 2021, as the company has so far provided more than 1.2 billion dirhams to combat the effects of the pandemic "Covid-19" on its retailers.

"Emaar" intends to open a shopping center "Dubai Hills Mall" during the second half of 2021, which will include about 600 commercial outlets, including a group of retail stores, restaurants, and cafes.

The mall will also provide about two million square feet of total space designated for rental, and will host four main family entertainment centers, in addition to a cinema complex, a hypermarket, a number of major retail stores, and parking lots for more than 7,000 vehicles.