Porsche: The next electric model should come onto the market in 2023

In the first half of 2023, the fully electric Porsche Macan will be ready for the road, says CEO Michael Steiner WELT AM SONNTAG. The combustion version of the model is already a best seller - and thus approaches the icon of the house. 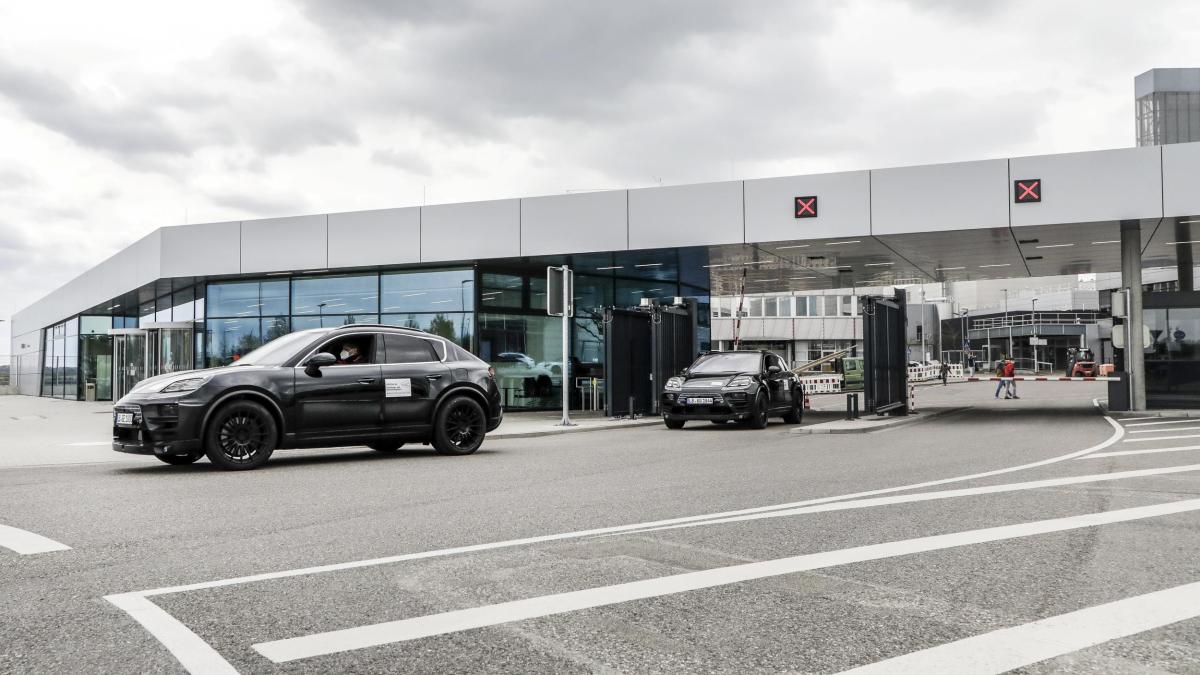 For a long time it was puzzled as to when a new, all-electric Porsche would drive on German roads.

Now the car manufacturer from Zuffenhausen announced details on when and how.

"We are aiming for the first half of 2023," said Michael Steiner, Board Member for Research and Development at Porsche AG, in an interview with WELT AM SONNTAG.

“Then the fully electric Macan will be ready for the road.

The well-camouflaged prototypes are now leaving the factory premises for the first time. ”The Macan is the Group's so-called compact SUV.

The combustion version has become a bestseller.

The Taycan has 9072 deliveries

According to current statistics from the Federal Motor Transport Authority, 1670 Macans have been registered so far this year.

From a global perspective, the compact SUV is even at the forefront.

22,458 vehicles were handed over to customers in the first quarter.

The year 2023 is also far off because the competition, especially in their own country, is now harboring very ambitious plans.

It was different for a long time.

Two years ago it was still considered a coup that Porsche brought an electric sports car onto the market with the Taycan.

It was something like the first real ray of hope in eternal comparison with the US competitor Tesla.

The attempts by BMW, Audi and, above all, Mercedes had been rather disappointing up until then.

Porsche's Taycan, on the other hand, was a car that performed well in this newspaper's everyday test, which lasted several weeks.

But the automotive world is in a fast-paced transformation.

Tesla is still ahead in terms of technology, but Volkswagen and Audi in particular are catching up and are always presenting new models.

The start of the electric S-Class from Mercedes is likely to cause the greatest sensation this year.

A car that, at least in terms of price, also advertises to the Porsche clientele.

The so-called EQS, for example, should have a range of 770 kilometers.

Should he only partially achieve this target, Mercedes would suddenly position itself at the top technologically.

Anyone interested in the horsepower beauties from Stuttgart has come to the right place.

The largest gathering of Porsche enthusiasts worldwide took place in Carlisle, in the state of Pennsylvania.

The electric Macan will also be a premiere: the first Porsche to be built on the so-called Premium Platform Electric (PPE).

It has been specially designed for the upper and luxury class segment and is apparently highly scalable.

In other words: both flat-floor and raised-floor vehicles can be built.

Porsche shares this platform with the manufacturer Audi, both brands belong to the Volkswagen Group.

“The Macan is built and developed on the Premium Platform Electric, which is used jointly with Audi,” says Porsche board member Steiner.

Nevertheless, it will differ significantly from future Audi vehicles.

"The Macan will have the soul of a Porsche."

The platform strategy is a great technological and economic advantage for all brands in the VW empire.

“On the one hand, this enables significant economies of scale to be generated in achieving the emission values.

On the other hand, the high one-off costs can be better distributed, which promotes profitability.

The Porsche Taycan and the Audi GT e-tron are already being created on the same platform.

Many other manufacturers were denied these synergies because they only had one model per product segment.

Board member Steiner explains that Porsche wants to slightly increase the range of the E-Macan again.

“However, charging performance is our top priority.

Our customers usually charge at home.

However, many would like an even denser charging network when they are out and about.

But until that happens, fast charging is extremely important for our customers. "

However, all of this does not mean that Porsche intends to abolish the internal combustion engine anytime soon.

"Yes, customer preferences are gradually moving in the direction of e-mobility," says Steiner.

“The fully electric Macan will win the race in Europe, and soon also in the USA and China.

In regions such as the Middle East or Russia, the combustion engine will dominate for a long time to come. "

Porsche will therefore offer the Macan in both versions - as a combustion engine and an electric vehicle.

"We give our customers the freedom to choose," says Steiner.

“We don't want to patronize them.” In the eyes of those responsible for Porsche, it is not the combustion engine that is the problem.

“It's more about whether it is a fossil fuel.

However, e-fuels will be almost CO2-neutral.

They only release the amount of CO2 that was previously taken from the air to produce the eFuel, ”explains Steiner.

The time of the burner will probably not end anytime soon

After all, the question also arises, what are all the cars powered by that are still on the road today?

"That's why we believe in internal combustion engines with e-fuels."

Industry analyst von Alten also expects that the era of the combustion engine will not end anytime soon. “Even if the focus is very much on electromobility, it has so far only made up a small share of the market for new vehicles. With a global vehicle fleet of 1.3 billion vehicles, worldwide sales of 3.24 million electric and partially electric cars in 2020 are still negligible. "