The "May Day" property market is cooling down, have the prices of the cities you are in fall?

Chinanews Client Beijing, May 8th (Zuo Yukun) The "May 1st" small holiday in 2021 is different from the hot travel scene. In the context of the significant tightening of the previous control policies, the real estate market has been relatively calm ".   According to the monitoring of the Zhuge Housing Search Data Research Center, during the "May 1st" period, 11,568 new houses were sold in key 2 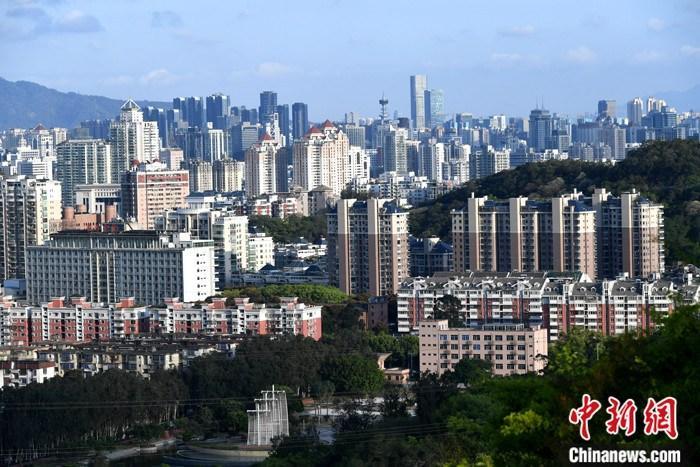 Chinanews Client Beijing, May 8th (Zuo Yukun) The "May 1st" small holiday in 2021 is different from the hot travel scene. In the context of the significant tightening of the previous control policies, the real estate market has been relatively calm ".

According to the monitoring of the Zhuge Housing Search Data Research Center, during the "May 1st" period, 11,568 new houses were sold in key 20 cities, a decrease of 46.2% from the same period in April.

Data map: There are many buildings in Fuzhou City.

The property market in first, second and third-tier cities has cooled significantly

Among them, the second-tier cities saw the biggest drop in the housing market during the May 1st holiday, and the 12.3% drop directly caused its popularity to be lower than the level in 2019; followed by the third-tier cities with a decline of 8.0%; while the first-tier cities had only a 0.4% decline. fall.

Taking the city as a coordinate, in the key 20 cities data of Zhuge's housing search statistics, only 3 cities saw a month-on-month increase in new house transaction volume, while the remaining 17 cities declined.

Among the first-tier cities, Beijing and Shenzhen fell by 72.4% and 62.9% respectively.

Data from the Shell Research Institute also showed that the popularity of the new house market in first-tier cities declined during the May 1st period, and the number of projects in the hundred cities of the Shell Finding Platform dropped by 11%.

During the short holiday, the average daily transaction volume of second-hand housing in Shell 50 City dropped by about 5% compared with the same period last year.

Compared with the average daily level during the weekend of April, the second-hand housing transaction volume in 90% of the 50 cities has declined, indicating that most cities have maintained a downward adjustment trend.

What is the trend of housing prices?

Lu Qilin, research director of 58 Anju Guest House Property Research Institute, believes that there are certain similarities between the holiday property market and the homecoming property market. The main reason is that the demand for home purchases flows from core cities to fourth, fifth, and sixth-tier cities. The data directly reflects the national market. The popularity index is significantly higher than the first-tier, second-tier, and third-tier cities, and with the development of mobile internet technology in the past two years, home buyers can directly find a house through the APP during the travel process, which has led to an active search for houses in county-level cities.

Shell Research Institute believes that in the first quarter of this year, the demand for home purchases was concentrated. Since April, the market has entered a high-level adjustment state. The market performance continued in early May. In addition, most consumers took advantage of the May Day holiday to travel or return to their hometowns this year. Decrease in market activity.

What cannot be ignored is the impact of the recent intensive introduction of regulatory policies.

"From a general perspective of the May Day holiday, the housing market during the small holiday in most cities is not very hot. Under heavy regulation in various places in April, all cities have cooled down under the influence of regulation. Although there has been no overall price reduction, the transaction volume has already increased. A slight downward trend began on the basis of April." said Zhang Dawei, chief analyst of Centaline Property.

Statistics from Centaline Real Estate Research Center show that from school district housing control to new land regulations for centralized land sales, to interviews with the Ministry of Housing and Urban-Rural Development, and market supervision upgrades, the number of house-related regulation and control has reached 186 times during the year, among which, the number of regulation and control in a single month in April 51 times, setting a new monthly regulatory high during the year.

Data map: The citizens pass by before a top real estate.

"During the May Day holiday, due to people choosing to travel more often, their attention to the property market has declined. At the same time, under the influence of tightened regulation in many places and stricter supervision of real estate financing, the property market has a general performance, compared with the same period in April. Insufficient, the transaction did not meet expectations." Chen Xiao, an analyst at Zhuge Real Estate Data Research Center also said.

Taking Hefei, which has intensively released regulatory policies, as an example, the Hefei Real Estate Association released the "Monitoring and Analysis of Market Changes in the Fourth Week of the New Real Estate Deal (April 26-May 2)", which pointed out that the volume and price of Hefei's commercial housing market have fallen. The number of residential units sold declined slightly, and the sales price fell for three consecutive years, falling below 19,000 yuan per square meter for the first time in nearly 5 weeks.