Siemens, Volkswagen and Co .: German industry is catching up

Germany's industrial groups have overcome the setbacks of the pandemic. Siemens, BMW, Volkswagen and Co. are back on growth path, the mood could hardly be better. Numerical examples show how important the demand from a region is. 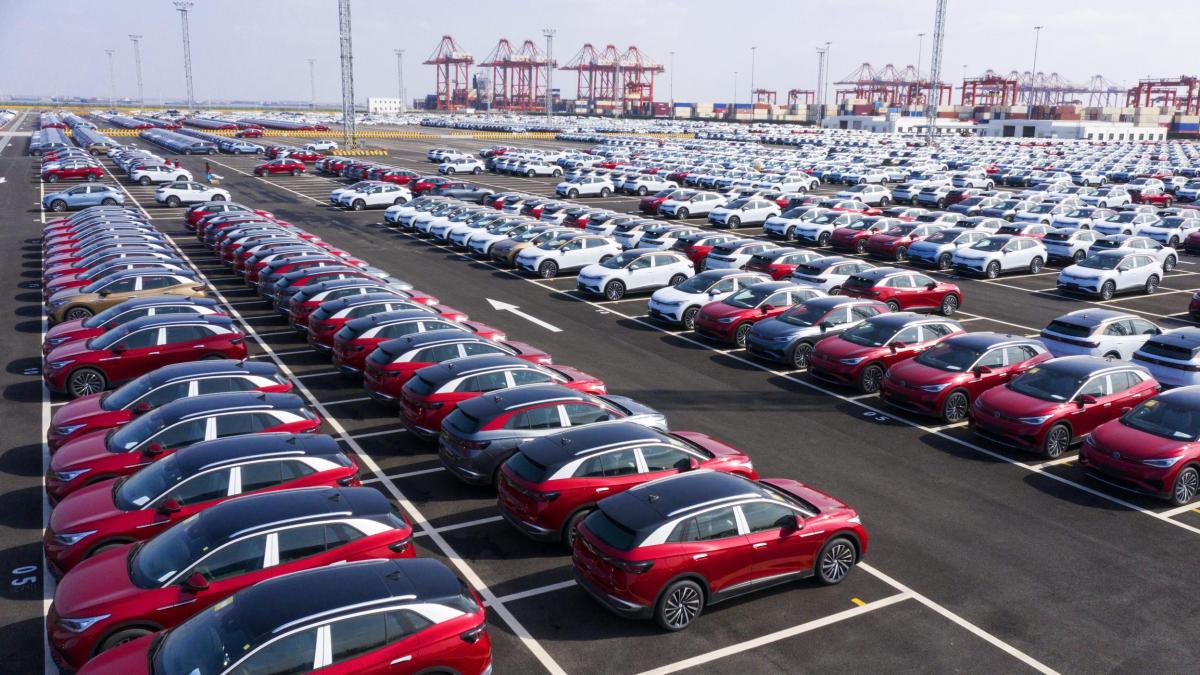 For Roland Busch, his first year as CEO of the global corporation Siemens could hardly have gone better.

The 56-year-old physicist owes it above all to the China business, which in some cases has extraordinary growth rates.

When Busch now presented the figures for the start of the year (the second quarter according to the Siemens calendar) and again raised the annual forecast for the entire group, he referred several times to the boost from Asia.

Both sales and incoming orders were 44 percent higher in China in the past three months than in the previous year.

The region is by far the number one growth driver for Siemens.

In China, with 2.13 billion euros for new orders, almost as many orders were received as from Germany.

Despite persistent domestic restrictions, Germany's industry has left the crisis behind.

Not only have Siemens' sales and profits increased sharply since the beginning of the year, the automakers have also reported strong figures and in some cases increased their forecasts for the year.

The mood in companies could hardly be better.

According to the Munich Ifo Institute, production expectations in German industry have risen to their highest level since 1991.

The corresponding indicator jumped to 33.1 points in April, after 30.2 points in March.

“The order books are filling up, and there is still some catching up to do after the crisis year,” said Ifo expert Klaus Wohlrabe.

“The electronics industry and the automotive industry in particular want to greatly expand their production,” said Wohlrabe.

Most of the manufactured products will be sold abroad by the companies.

Because growth, as the quarterly figures show, is not taking place in Germany, but in North America and Asia.

The growing business in China in particular shaped the first results of the year.

A trend of recent years is thus continuing unchecked: Even before the Corona year, the dependence of German industrial companies on China had grown continuously.

With the aftermath of the pandemic, which hit Europe's economies harder, it is now increasing.

This is exemplified by the results of the BMW automobile group.

The company sold more vehicles from January to March than ever before in the first quarter of the year.

The sales figures there have doubled compared to the pandemic quarter in the previous year.

In Germany, on the other hand, sales fell by five percent.

For the BMW Group, this gives China a 36 percent share of total sales.

CEO Oliver Zipse does not see too high a dependency on the market despite the China boom.

"It's not just China"

"We are also dependent on Europe and the USA because they are very large markets," he said in an interview with journalists.

Even within Europe, the growth figures are very different.

“At the moment, things are pretty haywire - and luckily in most markets.

We are satisfied with the global distribution of growth, ”said Zipse.

But to a large extent.

Especially when you look at BMW's competitors.

Audi sold 45 percent of its vehicles in China in the first quarter.

The Volkswagen subsidiary reported 207,386 deliveries in the market for the period.

Compared to the same period last year, this is an increase of 83 percent.

The start of the year in the USA was the best in the company's history for Audi, with sales growing by almost a third compared to the same period in the previous year. But they are still a long way from the Chinese level. Audi's dependence on China was even higher in the first three months of the year than that of its sister brand Volkswagen, which sold 42 percent of its vehicles in the People's Republic and Hong Kong.

Frank Schwope, an analyst at NordLB, has calculated what the growth rates of the two car companies would have been without China.

At BMW, growth in this case would have been 12.7 percent.

"Including China, it is an astonishing 33.4 percent," writes Schwope.

At the Volkswagen Group “the enormous increase in deliveries of 21.2 percent is almost entirely due to the Middle Kingdom.

Without China, growth would only have been 3.5 percent. "

The Chinese are still obviously buying a lot of German products because they are technologically better than domestic goods.

As an explanation for the current boom, Siemens CEO Busch refers to the trend towards digitization, for which his company offers the right solutions.

The pandemic accelerated digitization and automation.

In the digital industry alone, i.e. the factory of the future, orders from China rose by 45 percent in the second quarter and sales by as much as 61 percent. Siemens not only has a digital model factory in Amberg, Bavaria, but now also in Chengdu's high-tech zone in China. The advantage of the production method: the data from suppliers and customers are seamlessly linked in the factory.

The upswing is very broad and ranges from the automotive industry, mechanical engineering to the software business.

Siemens even chose the heading “Excellent results across all businesses” for its interim report. Worldwide, incoming orders climbed by eleven percent to 15.9 billion euros and sales by nine percent to 14.7 billion euros.

The profit after taxes tripled to 2.4 billion euros, also due to special effects.

Against the background of the well-running business to date, Siemens expects up to eleven percent sales growth for the full year and up to 6.2 billion euros in profit, 700 million euros more than according to the last forecast.

However, this does not include the burdens from the billion-dollar purchase made by US cancer therapy specialist Varian.