First 'match-ball' for banks: faces the expiration of 20,000 million in arrears before the summer

The banking system is immersed in a crucial phase in the coronavirus crisis with the expiration of the vast majority of moratoriums granted a year ago to protect the income of ... 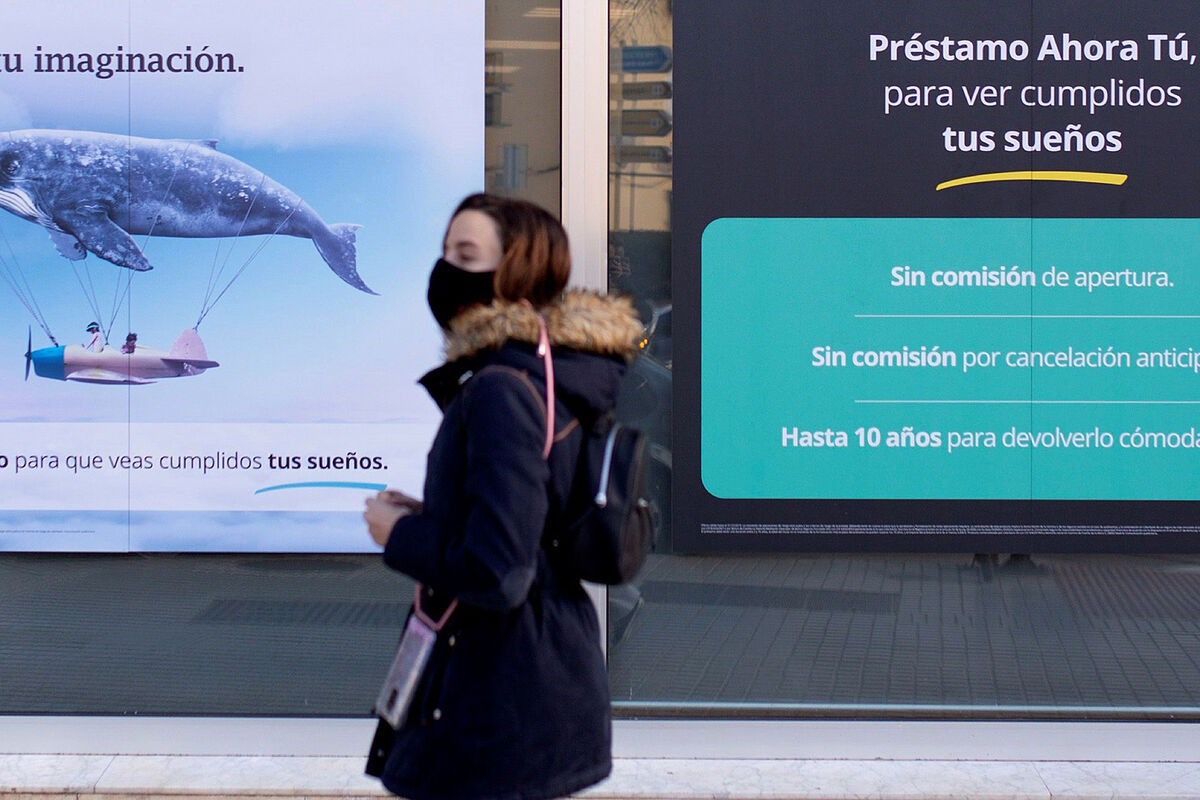 The banking system is immersed in a crucial phase in the coronavirus crisis with the expiration of the vast majority of moratoriums granted a year ago to protect the income of millions of households hit by the economic downturn. Only in this quarter the financial sector will have to manage a wave of maturities close to

according to the information handled by the

and that sent in recent days by listed entities to the

It represents, approximately, between 65% and 70% of the credits whose payment is still deferred.

The moratoriums will be one of the first touchstones to check the economic status of families after a year of crisis. The first great wave of maturities began in April and the result, according to different financial sources, is that one in four borrowers has had some difficulty in resuming their credit payments. This has forced the parties to sign a restructuring agreement, register a second moratorium or, in the worst cases, declare the loan as bad and start the recovery process. However, this last option is held back by the legal prohibition to undertake evictions until next August.

the credit moratoriums in Spain during the next few months".

The financial sector was financially shielded in 2020 with a strong provision of financial provisions to face the foreseeable increase in defaults that the crisis will leave behind.

However, several executives in the sector celebrate that it has not yet been necessary to use this shield, although they still consider it premature to lower their guard and reverse that protection in the face of what may be to come.

Their risk analyzes conclude that only a quarter of mortgages could end up in default.

Specifically, between 15-20% of the loans are already

- due to the sharp drop in the borrower's income - and in less than 10% there is a high risk of default.

marked with a red alert, which represents less than 1% of the total loan portfolio of the sector in the local market.

Spain has been one of the most protectionist countries in the world in relation to moratoriums, as illustrated by the accounts of the most internationalized Spanish banks.

It is striking that here only a third of the deferrals granted have expired, while the figure rises to 75% in Turkey and is above 90% in Latin American countries. Something similar occurs in the case of Santander, which in Spain has seen 46% of the moratoriums granted during the crisis expire, while in the United Kingdom, Mexico or Brazil practically all coverage has expired. Although part of the credits have already expired, what remains is the most dangerous, since they are families that so far have not been able to abandon protection because they are still in ERTE or have gone directly to unemployment.

By groups, CaixaBank is the entity that accumulates the most payment deferrals on its balance sheet after absorbing Bankia (12,762 million in Spain alone), an amount that exceeds the sum of

Santander, BBVA, Sabadell and Bankinter as a whole.

, downplays this high exposure. "We are seeing that the majority of people are being able to repay the payments when the moratorium expires, so we believe that it has been a measure that has generated more benefits than problems."

The sector is not so optimistic about the maturities of

granted to SMEs and the self-employed at the worst moment of the crisis to guarantee their liquidity and avoid their collapse. This problem, however, is less urgent after the Government has extended the

payments for up to

which delays the outcome of knowing how many companies will be able to repay the loan and in what way.

The first analyzes carried out by the

anticipate a very high delinquency in this segment, since many companies linked to sectors such as tourism or leisure will not be able to survive the crisis and will end up sunk in bankruptcy. These procedures have soared 58% so far this year, according to

Despite the fact that most credits have been 'frozen' until 2025, the future of many companies will be at stake in the coming weeks and will depend on the vigor of the economic recovery and the long-awaited arrival of direct aid.

The package was approved almost two months ago in the

but the need for the Central Executive and the CCAA to sign successive agreements to coordinate their disbursement has prevented them from reaching the pockets of businessmen and the self-employed.

The danger of the antivaccine attitude of the nun Teresa Forcades