Beyond Cass and Terra... The delightful uprising of craft beer

For one convenience store brand, beer sales have changed completely. Craft beer has risen to the top in sales by defeating existing strong beer brands. Analysis shows that the deregulation of the government has brought about a major change. 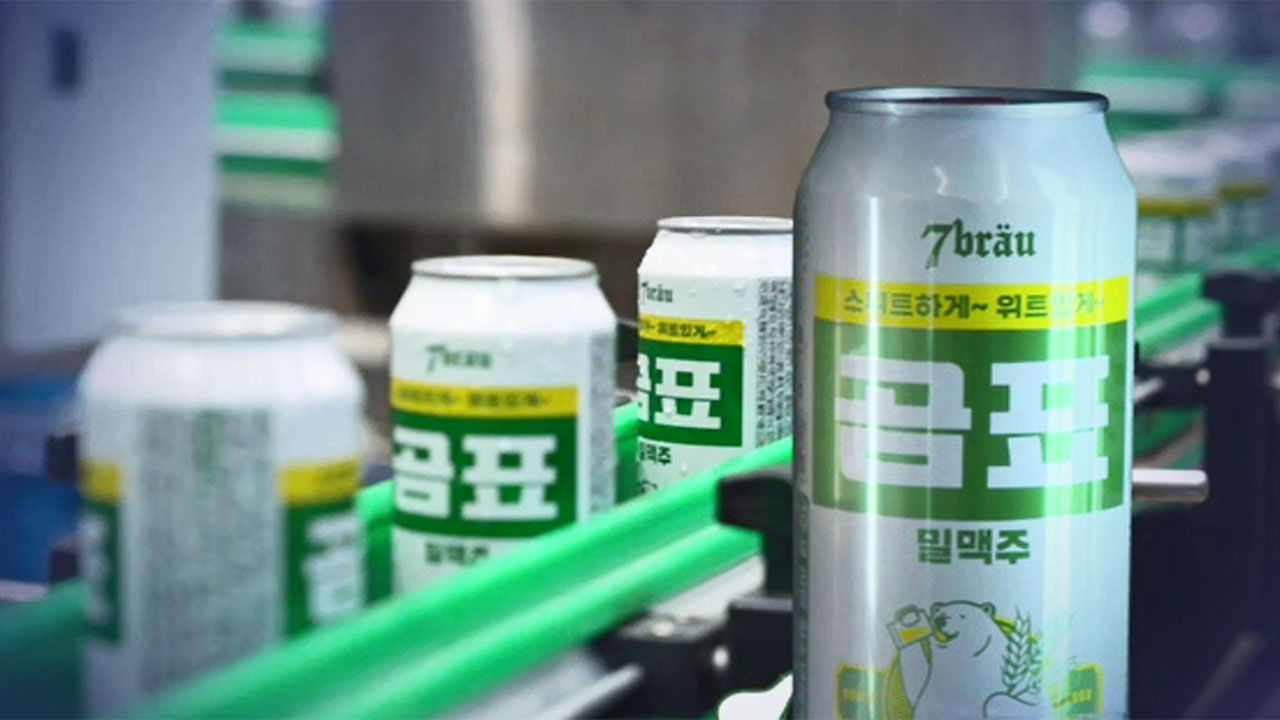 beer sales landscape has changed completely at a convenience store brand. Craft beer has risen to the top in sales by defeating existing strong beer brands. Analysis shows that the deregulation of the government has brought about a major change.

This is Han Ji-yeon.

Among them, the number of craft beer that received word of mouth through social media, etc., and the number of people looking for it rapidly increased, but we were unable to supply enough supplies.

However, as the regulations were eased so that liquor manufacturers could use other manufacturers' facilities to consign production, mass production of 3 million pieces per month was reduced. It became possible.

It has been stocked in large quantities at convenience stores since the 29th of last month, and within two days of sales, it achieved the No. 1 sales volume in both domestic and imported beers.

This is the first time that craft beer sales at a convenience store have beaten off-the-shelf beer.

[Yucheolhyeon / convenience Public Relations Division. Small breweries are rattling the production facilities to the lack of some production (through contract manufacturing) was able to increase up to 15 times;

domestic homemade beer market was 2.7-fold increased sales in three years, 100 billion won a Over it.

In the past, it was distributed on a small scale centered on some enthusiasts, but retail stores such as hypermarkets and convenience stores were allowed to distribute, and the beer tax changed from the closing price tax to the volume tax, and the market expanded in earnest as the price fell by nearly 30%.

In addition, as regulations related to beer production have been eased, it is possible to produce large quantities of beer by small companies, which has fueled this market change.

[Kim Jin-man / Manager of the Korea Craft Beer Association: Craft beer has grown to a point that threatens not only the enthusiasts, but also the place of ready-made products.] A

delightful revolt brought about by craft beer in the beer market where the monopoly structure has been fixed,

as long as it

shows the usefulness of deregulation. It is an evaluation called a case.