Bitcoin makes everyone experts in cryptocurrency

The New York Times reported that Bitcoin and other cryptocurrencies have shifted from the stage of curiosity to direct investment, which made many people rich, noting that everyone is now an expert in cryptocurrency. 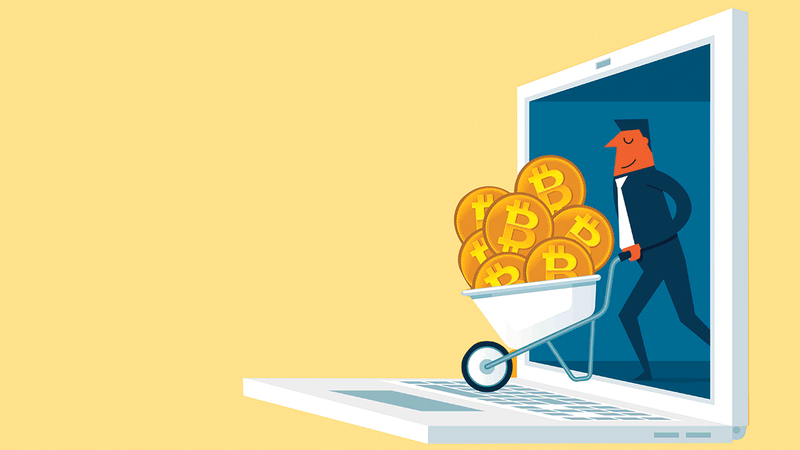 She switched from "curiosity" to direct investment

Bitcoin makes everyone experts in cryptocurrency

Cryptocurrencies are volatile, risky and prone to bubbles.

The American newspaper, The New York Times, reported that Bitcoin and other cryptocurrencies have shifted from the stage of curiosity to direct investment, which made many people rich, noting that everyone is now an expert in cryptocurrency.

The newspaper mentioned that many people are already using blockchain technology, which is the basic technology of cryptocurrencies, without realizing it or understanding exactly how this technology works.

In detail, a few days after a cryptocurrency platform listed its shares on the global stock markets, hundreds of women gathered in a virtual conference room to talk about the currency of "Bitcoin".

But the co-founder of "Ladies Get Paid", which hosted the event, Claire Wasserman, was amazed at the turnout, noting that it showed the commitment of women to being rich.

"There is a fundamental change taking place in the way we live and work because of cryptocurrencies," she said, adding to the women who attended the meeting: "I don't want to miss the opportunity for the future."

For her part, one of the influential figures in the field of cryptocurrencies, Bitcoin Frankie, said as a joke: "Ma'am, if you are single, I promise this is a wonderful place to be."

The event ended with cries calling for the "dismantling of the financial patriarchy," as described by the attendees.

Frankie was drawn to trading cryptocurrencies last year, after the Corona epidemic wiped out her recruitment company overnight.

When I pulled out an old digital wallet that it had forgotten about, I was surprised how much it had grown in value.

So I started studying and buying cryptocurrencies and talking about it on social media.

She started organizing events, but she is not sure she wants to return to that life, as crypto companies are hiring her to promote her projects, and she has an idea about starting a crypto business.

According to the American newspaper "New York Times", Bitcoin and other cryptocurrencies have shifted from the stage of curiosity to direct investment, which made many people very rich, especially since the cryptocurrency exchange is now a $ 58 billion money market listed company.

She stated that Wall Street banks provide money in digital currency to their high net worth clients, noting that everyone is now experts in cryptocurrency.

The newspaper pointed out that all of this is part of the new unbridled "YOLO" economy, as everyone seems to have become rich or sell a currency or expect wealth, pointing out that digital currencies are volatile, risky and prone to bubbles;

But countless fortunes have already been gathered and lost, in some cases, and many people are already using blockchain technology, which is the basic technology of cryptocurrencies, without realizing it or understanding how this technology works or what exactly they do.

"The (Bitcoin) obsession is not a fad, but rather the beginning of a new era in the digital currency front," said Daniel Ives, a stock analyst at Wedbush Securities.

He added, "In short, cryptocurrency is now seen, at the very least, as a good place to store some cash," noting that "the bottom line is that not getting involved in cryptocurrencies means enjoying staying poor."

The New York Times said that in 2012, a man named Mark Berbinger bought some units of Bitcoin at a price of seven dollars, but he was not looking at them as an investment at the time, but rather spent them on Bitcoin issues and a game of betting. He sold the rest at $ 30, but earlier this month, the price of one Bitcoin exceeded $ 63,000.

The newspaper added that Berbinger is now a major investor in the brokerage firm Crypto Finance Group, as well as an asset manager in Switzerland, pointing out that in addition, his friends seek advice on cryptocurrency investments.

Many people use «Block Qin» without technology to understand how it