Transformation of the ancient city of Pingyao: "New" takes the lead in promoting development with high quality 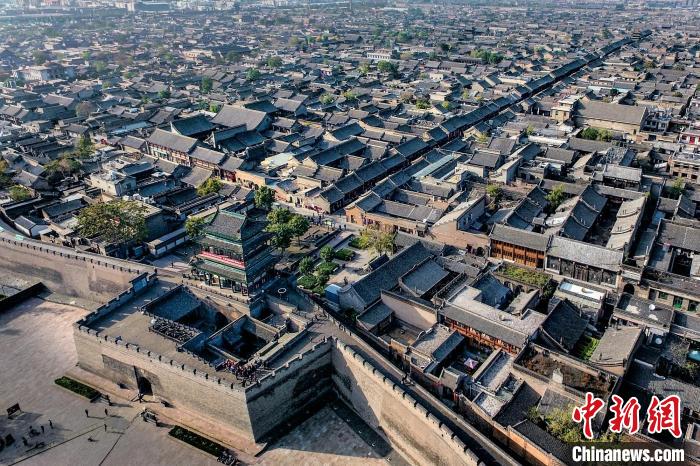 China News Service, Taiyuan, May 6th (Reporter Hu Jian) ​​Coal chemical industry and foundry industries have been upgraded and transformed, new energy and new materials industries have continued to grow, and cultural and tourism integration has continued to promote upgrades... In recent years, Pingyao County, Jinzhong City, Shanxi Province Environmental improvement and energy conservation and emission reduction are the cut-in, forcing the adjustment of the economic industrial structure, and the county economy has entered the fast lane of high-quality transformation and development.

Wu Xiaohua, member of the Standing Committee of the Jinzhong Municipal Party Committee and Secretary of the Pingyao County Party Committee, said in a survey of villages and enterprises a few days ago that the whole county must be based on the goal of "a high-quality transformation and development of an international tourist city", which will force the improvement of the quality of ecological and environmental protection work and promote the high quality of the county economy. Transformation and development.

The ancient city of Pingyao with a history of 2700 years.

"Acceleration" of the upgrading and transformation of traditional industries

The word "new" takes the lead in industrial development

While traditional enterprises are being upgraded and transformed, Pingyao County is accelerating the development of new industries. A number of "high-tech" projects represented by new energy and new materials such as sialic acid and escort robot projects have been launched one after another, becoming a powerful fulcrum for the high-quality development of the county economy.

In the new energy industry, the liquefied natural gas project and the drug-optical complementary agricultural demonstration project have been launched, and some have been put into operation; in the new material industry, new building materials projects such as calcium silicate board, thermal insulation and decoration integrated board wood-plastic aluminum profile are green and environmentally friendly. , Energy-saving and high-efficiency; In terms of the new pharmaceutical industry, the Zhongke Hongji Pingyao Biotechnology Industrial Park project has basically been completed and put into production. Currently, the main product, sialic acid, has obtained national production access.

In 2021, Pingyao County will accelerate the introduction and cultivation of new energy, new materials, new infrastructure, new equipment, new products, and new business formats, and increase the construction of a number of growth projects such as the Pingyao Smart City Cloud Data Center project and the medical mask project. , Let the emerging industries take root and grow in Pingyao.

The ancient city of Pingyao is a famous cultural city with a history of more than 2,700 years.

In recent years, Pingyao has built the No. 1 brand in the ancient city and promoted the upgrading of international tourism cities.

The project related to the long-term development of the ancient city and the improvement of people's livelihood-the Pingyao Ancient City Infrastructure Upgrade and Renovation Project should be launched at the right time.

It is understood that the total investment of the project is 1.39 billion yuan, divided into two parts: inside and outside the city.

The reconstruction of the city includes the implementation of a 30.22-kilometer-long new pipeline project in 121 streets and lanes, involving six types of pipelines for electricity, communications, rainwater, sewage, water supply, and fire fighting. The outside of the city is transformed into a power channel project.

The project will all the strong and weak electricity, rainwater, sewage, gas, fire and other pipe networks in the ancient city into the corridor, and embed the modern facilities in the inner circulation of the ancient city without showing traces, so that the ancient city meridians will be smooth and organically updated.

After the completion of the project, problems such as "road zippers", "overhead lines", and "cobwebs" will be resolved, and the vision of the ancient city will be clearer; the power load will increase by 1.25 times, and more than 6,600 households and hundreds of folklore inns will achieve barrier-free electric heating. Vigorously solve environmental problems and development bottlenecks; the old city’s water supply and drainage system, fire protection, waterlogging and other safety issues will also be resolved; at the same time, a GIS (Geographic Information System) platform will be built to realize the wisdom of the ancient city through the same visual interface Improved management to promote the sound development of the ancient city.

In addition, Pingyao County highlights the construction of experiential tourism projects and promotes the integrated development of cultural tourism industry and related industries.

Introduce the cultural and creative team of the Forbidden City of Beijing to develop the "Pingyao Gifts" cultural and creative products; the Pingyao tourist train sightseeing holiday experience project has been fully started; the "Huanzhen Pingyao Science and Technology Show" project, written and supervised by Zhang Yimou himself, is in progress; the introduction of international film exhibitions, Major festivals such as International Sculpture Festival, International Photography Exhibition, Pingyao Chinese Year and other major festivals have realized market-oriented operation.

Based on the domestic and international advanced tourism concepts, Pingyao is promoting the deepening of tourism in the ancient city from "sightseeing tourism" to "experience tourism" and the expansion from "scenic tourism" to "global tourism". Wei Jiangfeng, deputy secretary of the Pingyao County Party Committee and county head, said that it is necessary to promote the rise of industrial advantages, promote cultural tourism to the world, and promote ecological green restoration. With innovative thinking, reform methods, and determination to tackle tough problems, we will gather the great strength of Pingyao's forward development and promote the high-quality transformation and development of Pingyao. (Finish)