Siemens Healthineers: Successful with corona tests and the fight against cancer

The medical technology group Siemens Healthineers is profiting from the crisis, the business with rapid tests is booming. The company is considering offering combined tests for corona and flu in the future. And it is driving a mega-project: "To eliminate the fear of cancer." 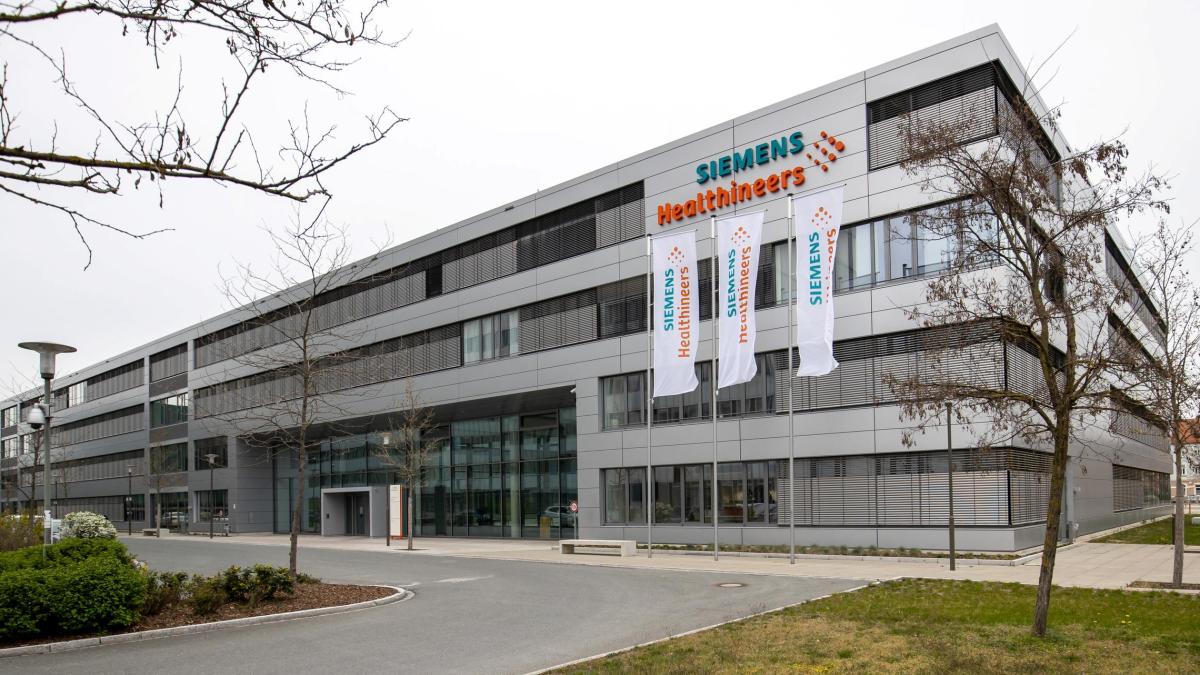 The corona pandemic brought Siemens medical technology what is probably the most extraordinary additional business in its history.

Siemens Healthineers is now expecting three quarters of a billion euros in sales for the 2021 fiscal year ending at the end of September with corona rapid tests alone.

The Siemens subsidiary is therefore increasing its annual forecast for the second time.

Initially, the corona test volume was estimated at at least 100 million euros, then at around 300 million euros, and now at around 750 million euros. As CEO Bernd Montag said when he presented the quarterly figures, "two hearts beat in my chest: It's a nice business - on the other hand, I wish that it wouldn't be needed next year."

One of the special features is that Siemens Healthineers generates sales and profits with a product that was not developed in-house.

The brand name Siemens Healthineers is on the packs of the Clinitest Covid-19 antigen rapid tests.

However, the test is manufactured and purchased by the US specialist Healgen Scientific.

Obviously, the business is still so lucrative that the margin in the diagnostics segment is increasing significantly.

The rapid test, which is mainly sold in German-speaking countries, can be carried out by professional people as well as laypeople.

It is not sold in retail stores and is hardly available in pharmacies either.

It is said that the customer is primarily the public sector.

Siemens Healthineers is considering offering combined tests for corona and flu diseases in the future.

For Siemens Healthineers, the special deal to combat the corona pandemic is only a preliminary stage for the leap into a new dimension with a megadeal in the area of ​​cancer therapy: For 16.4 billion dollars or 13.9 billion euros, the large US Acquired cancer diagnosis and therapy company Varian Medical Systems.

The takeover of the company, announced in the fall, with annual sales of around 3.2 billion dollars, was formally completed in mid-April.

It is the most expensive purchase in Siemens history.

With the takeover of the radiation therapy expert, Siemens Healthineers is now positioning itself as a full-service provider from diagnosis to personalized therapy, also with the help of artificial intelligence.

"Together with Varian we are making a leap in cancer care and a leap in our importance for health care worldwide," said CEO Monday.

As a result of the Varian takeover, Siemens Healthineers will grow by 11,000 to 66,000 employees.

The new group is on the way to "eliminate the fear of cancer and instead turn it into a manageable, chronic disease," predicted Montag.

He referred to the increasing number of cancer diseases worldwide.

Over the next 20 years, new cancer cases are expected to increase by 67 percent to 30 million cancer patients annually.

About half of them even have access to “adequate health care”.

Cancer treatment must continue to develop, said Montag, and the now enlarged company would like to contribute to this.

In the 2021 financial year, which ends at the end of September, the acquisition of Varians is expected to contribute up to 1.4 billion euros to sales.

According to the new annual forecast, consolidated sales are now expected to increase by 14 to 17 percent in 2021.

By way of comparison: at the beginning of the financial year an increase in sales of up to eight percent was predicted, then it was up to twelve percent.

Possible sale of the ultrasound division

The biggest leap in sales is expected in the diagnostics segment with a plus of 25 percent, primarily due to the corona rapid tests.

After the first six months of the current financial year, group sales of EUR 7.83 billion were 13 percent above the previous year's figure.

When setting up the group, there is speculation about a possible sale of the ultrasound division.

"We are optimizing the set-up of the division, which has evidently attracted interested parties," said CEO Monday.

The business is relatively small.

Siemens Healthineers has been listed on the stock exchange since 2018.

The traditional company Siemens has a clear majority with around 75 percent.

With the higher sales and profits, the plans of ex-Siemens boss Joe Kaeser, who brought medical technology to the stock exchange as a separate company and thus tapped a source of finance, are working.

Kaeser's successor at the top of Siemens, Roland Busch, can again be pleased if the medical technology subsidiary continues to generate high returns and contribute to the success of the parent company.

Siemens Healthineers is also one of the favorites for inclusion in the Dax when the number of stock corporations in the top stock market index is expanded from 30 to 40 companies in September.

It would be the third Siemens company in the Dax after the parent company Siemens and the independent Siemens Energy group.

In the meantime it has increased enormously.

On the day the forecast was raised, the share rose slightly to a good 47.80.

At the beginning of February, the price was already just under 50 euros.