Many accuse Deutsche Bank of sticking to allegedly risky investment banking. There is a fundamental misunderstanding behind this. In reality, the capital market business is more secure than the traditional bank lending business. 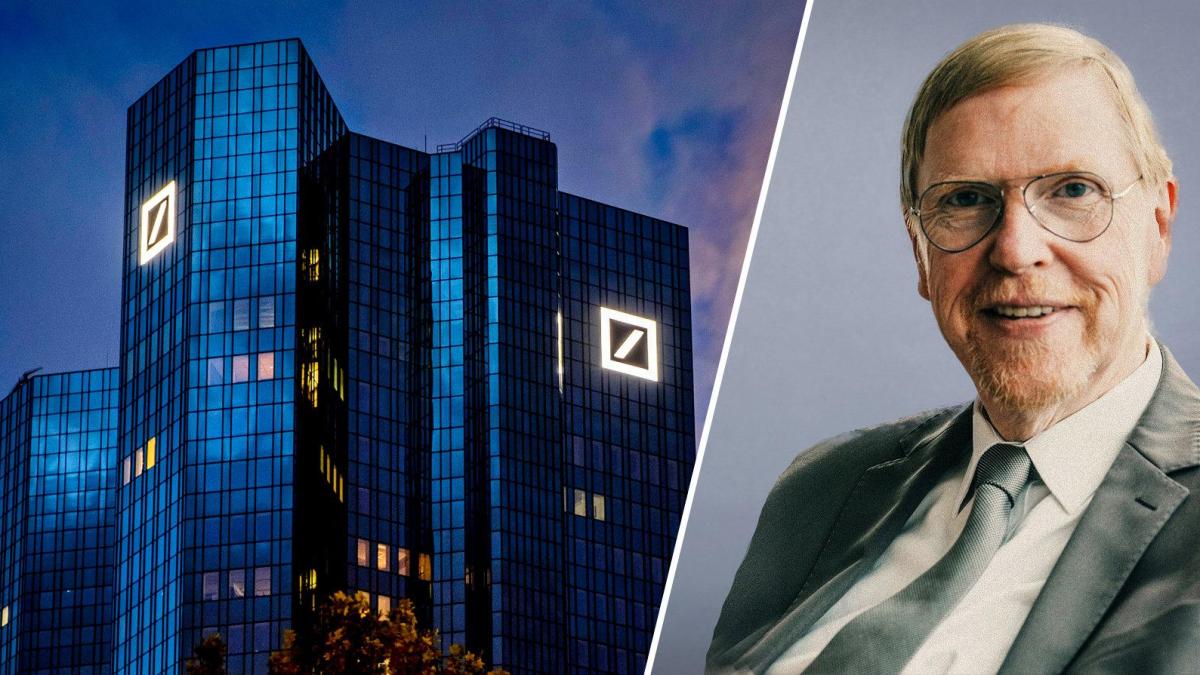 Christian Sewing has put Deutsche Bank back on solid ground.

In the first quarter of this year it achieved a net profit of almost one billion euros.

They fail to recognize that this must be the bank's core business.

In the traditional banking business it was in competition with the public and cooperative banks, and German industry, which had always been the bank's most important customer, began to take pleasure in financing through capital markets instead of loans.

At the time, many thought that capital market business was riskier than traditional banking.

However, there is a fundamental misunderstanding behind this.

In fact, the lending business is riskier than the capital market business.

Contrary to popular belief, banks do not in any way issue loans from their holdings of deposits. Rather, they create deposits through lending. After signing a loan agreement, the bank will credit the borrower with the agreed amount on the current account. So it creates deposit money as a liability to the borrower, which is covered by a claim in this amount on him. The bank draws profit from the difference between the loan interest and the interest on the deposit.

The banks denominate the deposit they create in units of the legal tender issued by the central bank, the banknotes.

In doing so, they are taking two risks: First, banks may lack legal tender if bank customers want to exchange their credit balances.

Second, loans can default and the deposit money created with them can no longer be covered.

In the first case, the central bank has to step in as the “lender of last resort” and lend the banks the missing notes.

In the second case, when so many loans fail that the entire banking system threatens to become insolvent, the state must intervene to prevent the collapse of bank money.

In contrast, the core of the capital market business operated by investment banks consists of mediating between sellers and buyers of investment funds.

In the capital market business, banks help companies with the issue of shares and bonds, advise them on takeovers and mergers with other companies, mediate between buyers and sellers of securities and now only hold small stocks to process purchases and sales.

They also act as intermediaries on the foreign exchange markets and help corporate customers to process their global payments.

For most of these activities, banks charge fees and take little risk.

Under pressure from the regulatory authorities, the banks have stopped their risky proprietary trading.

With their low interest rate policy, the central banks have also weakened the lending business and strengthened the capital market business.

Perhaps that also contributed to Sewing following in Herrhausen's footsteps.

Thomas Mayer is founding director of the Flossbach von Storch Research Institute and professor at the University of Witten / Herdecke.