Even before Tesla's Gigafactory in Grünheide is completed, IG Metall is vying for Elon Musk's future employees. It's about tens of thousands of potential IG Metallers and their wages. The outcome of the efforts is symbolic for the entire automotive industry in Germany. 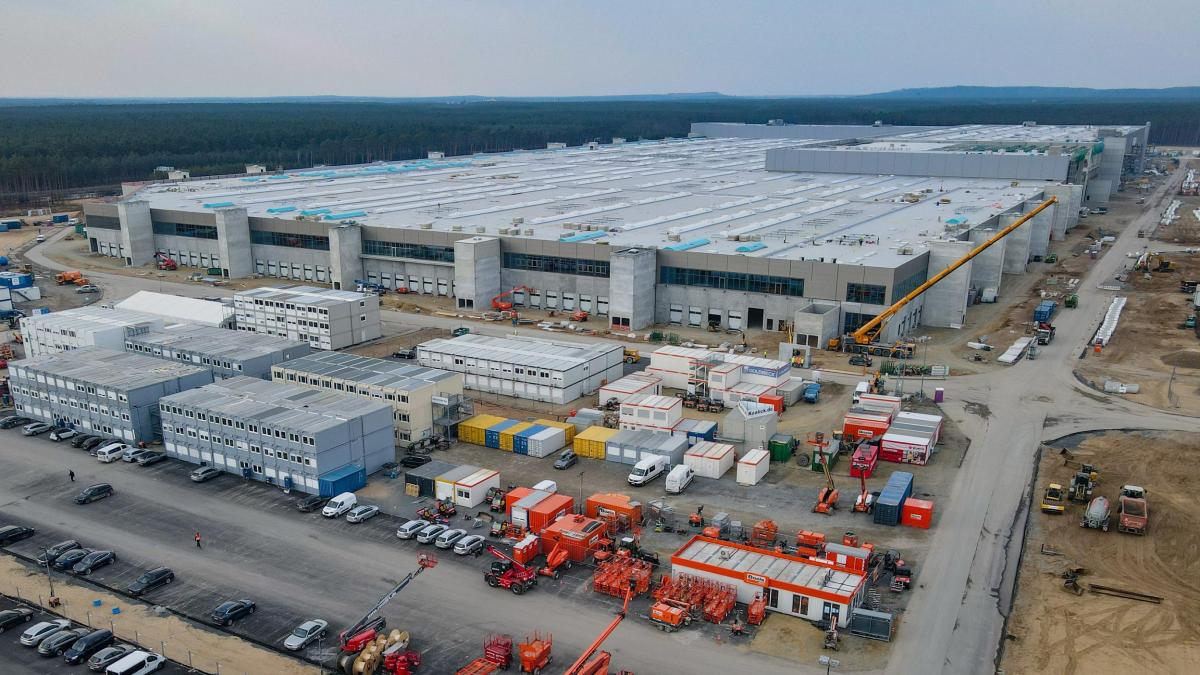 Bernd Osterloh is currently changing jobs and with it actually also sides: The long-time Volkswagen works council chairman is the HR director at the VW commercial vehicle subsidiary Traton.

But Osterloh is still doing his part-time job for the time being: trade union influencer.

And they don't always have something to do with the Wolfsburg-based company.

Late on Tuesday evening, Osterloh published a new website for his union colleagues in Brandenburg in his Instagram stories: www.igm-tesla.de.

IG Metall is getting serious about it before the opening of the first European Tesla plant and is already trying to recruit members for Elon Musk's electric car manufacturer.

So far, the union has been extremely influential with classic manufacturers such as Daimler, BMW and of course Volkswagen.

But at Tesla, even IG Metall has not yet got a foot in the door.

It is likely to be one of the great battles of the future whether the union can extend its power to the new electrical competitor or whether Musk is the only manufacturer in Germany to be able to build cars largely without the influence of IG Metall.

The website, which was activated on Tuesday, is not only aimed at employees who are already employed by Tesla, but also specifically at applicants who are currently looking for a job in the factory currently under construction in Grünheide, Brandenburg.

"This is the website of IG Metallerinnen and Metaller at Tesla," the union welcomes visitors to the site.

"Like the work, this homepage is also under construction and will be expanded continuously."

At the moment, it is evident that the main focus is on getting in touch with existing or potential Tesla employees.

For almost every topic raised in the “Frequently Asked Questions” section, the answer is, among other things: Contact us, we will help you.

"For questions and tips for your application, please contact us."

It is not the first attempt to gain a foothold at Tesla.

Even after taking over the mechanical engineering company Grohmann in Prüm in the Eifel, IG Metall tried to enforce a collective agreement in Elon Musk's new subsidiary in 2017.

But in the end without success.

In the course of the dispute, Tesla had to agree to a significant increase in wages at Grohmann by around 30 percent.

The salaries were then based only on the collective agreement of the metal and electrical industry, there was no collective bargaining agreement even after the conflict at the Tesla subsidiary.

Musk is generally not considered a friend of trade unions and works councils.

At the Tesla plant in Fremont, California, there are always disputes with employees who want to organize.

For years there has been a case in the USA before the so-called National Labor Relations Board, which Tesla has already certified several times for using illegal methods to prevent its employees from organizing a union.

The United Auto Workers (UAW), a US union comparable to IG Metall, had sued.

Musk said on Twitter that he was "not against all unions, but the UAW has proven in the past that it destroys productivity so that a company is no longer competitive in the world market," he wrote.

“Our current factory went bankrupt under the UAW before we took it over.

IG Metall's first defeat against Musk was manageable, since Tesla Automation - as the company is now called - only had a good 1000 employees.

The company is more of a small supplier.

But in the future, the Grünheide plant will be about tens of thousands of potential IG Metallers and their wages.

In addition, the outcome of the trial of strength in Brandenburg is likely to have great symbolic power: Tesla stands for the new automotive world of the future, if IG Metall does not succeed in playing a similarly important position there as it has been at Volkswagen, BMW and Daimler, it would probably have to overall expect a massive loss of importance in the future.

There are already examples of this in Germany: For years, the service union Verdi has been trying to gain more influence over the Internet retailer Amazon - but without success.

Even regular strikes before Christmas have hardly any effect.

Elon Musk should hope for a similar effect for Tesla.