Despite the corona crisis, the federal government is raising its economic forecast for 2021: The gross domestic product will increase by 3.5 percent this year. In January 3.0 percent had been estimated. "We will have reached our old strengths by 2022 at the latest," said Altmaier. 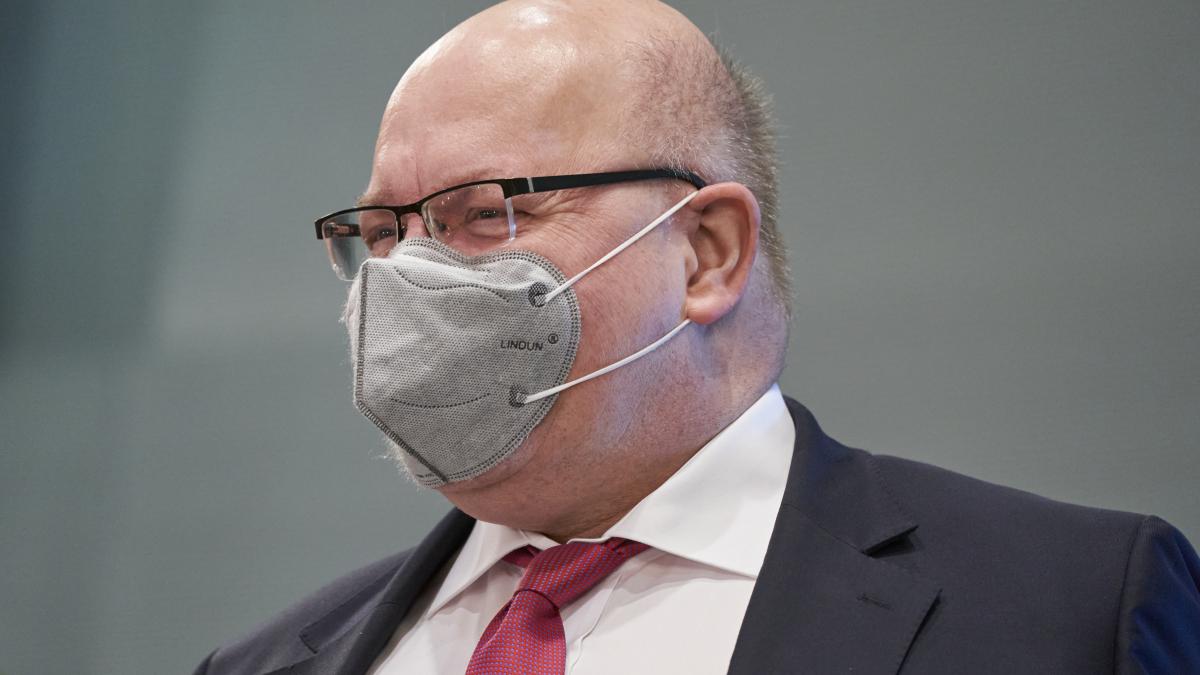 Despite the ongoing corona pandemic, the federal government is raising its growth forecast for the German economy.

The gross domestic product (GDP) will increase by 3.5 percent this year, as the Ministry of Economic Affairs announced on Tuesday for its spring projections and thus confirmed a Reuters report from the previous day.

In January, only 3.0 percent had been estimated.

“We will have regained our old strengths by 2022 at the latest,” said Federal Economics Minister Peter Altmaier.

“Our economy is strong, robust and ready for a new start.” Last year it slumped by 4.9 percent due to the Corona crisis.

The recovery this year is expected to be carried primarily by exports.

These are expected to grow by 9.2 percent in view of the rapid recovery in important sales markets such as the USA and China.

As a result, the ministry expects higher investments.

"Catch-up effects also play a role, as investments have been postponed because of the crisis," it said.

The construction boom is likely to continue

The construction boom is also likely to continue, “due to the low interest rate environment and high demand for housing”.

The gradual easing of the corona restrictions should also gradually give the domestic economy and private consumer spending a boost.

After the difficult start to the year, the labor market is expected to gradually pick up.

Nevertheless, there is likely to be a decrease in the number of people in employment by 60,000 in 2021.

The government's growth forecasts are slightly behind those of the leading institutes. In their joint forecast published on April 15 - which Altmaier used as the basis for their own forecast - they forecast growth of 3.7 percent this year and 3.9 percent next year. The projections in turn form the basis for the tax estimate in May, on which the public budgets of the federal, state, local and social security organizations are based.