All kinds of apps tell me: you have no money, you have to borrow money, borrow from me! 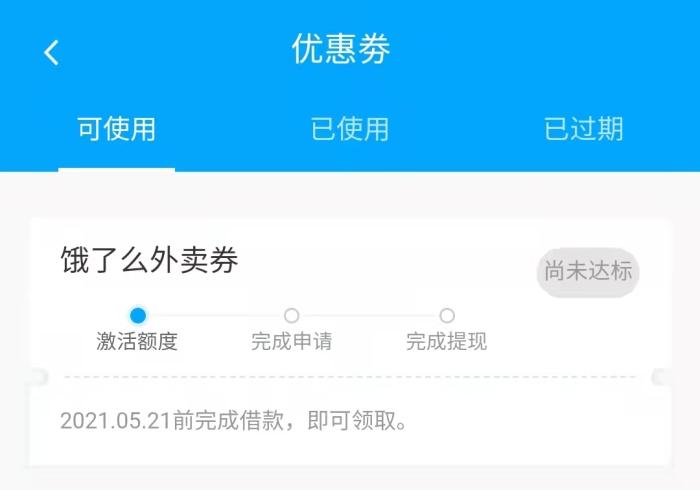 Now you open almost any app on your mobile phone, you can basically see the loan entrance. When the app wants to lend you money, "The end of the universe is Tieling, and the end of the Internet is lending."

"99% of the apps in the mobile phone can borrow money"

When this sentence is spoken by more and more netizens, we will find that we don't know since when the screen is always flooded by financial products when using mobile phones.

"In the future, all business giants will be Internet companies and financial companies." Lei Jun predicted this way at the 2017 Xiaomi Annual Meeting.

Looking at it now, it is true.

China News Network reporters have experienced many apps and found that most apps now provide access to borrowing money.

In addition to the more familiar lending products such as Alipay "Borrowing", WeChat "Xiaodai", JD.com "Jingdong Baitiao", and Du Xiaoman "Wealthy Flower", among the e-commerce apps, Suning has "willful loans" and Gome has "Gomei Card", Vipshop will have "Vipshop flowers".

Among the lifestyle apps, Meituan has "Meituan borrowing money"; Are you hungry? There is "hungry money"; in travel apps, Didi has launched financial services. Ctrip, wherever there are "borrow to spend" and "take money" "Go to spend", Lv Mama has "Little Donkey Baitiao"; in content apps, Today's Toutiao has "Relaxed Borrow", Tencent Video has "Little Goose Spend Money", and Mango TV has "Mango Li·Good Loan".

Even the tool-like apps that can't be beaten by the bar also come to join in the fun.

The screenshots are from the Meitu Xiuxiu page.

The most attractive are the mobile phone manufacturers.

When the mobile phone leaves the factory, it is installed with its own wallet app. Xiaomi has a loan product with Stars, OPPO is a molecular loan, Huawei Wallet and Du Xiaoman "Wealthy Spending", Suning "Willful Loan", Nanjing Bank, Ping An Bank, etc. Cooperate to provide lending services.

"70% of the top 100 traffic giants have begun to realize financial realization." According to the statistics of the person in charge of the financial sector of a consulting agency last year.

However, in terms of monetization, not all apps can launch self-operated lending products.

Those who do not have a financial license or do not want to form a financial team will choose to cooperate with a licensed institution or divert other loan products on the settlement page.

The screenshot is from the loan page of Huawei mobile wallet.

For example, Zhongbang Bank stated last year that in three years, it has connected nearly 100 Internet leading platforms such as JD.com, Ctrip, Didi, and 58.com, and has carried out financial cooperation with more than 1,000 financial institutions.

Why are various apps keen on lending?

Under the financial monetization boom, regardless of which platform you are in, only users with a certain level of magnitude vowed to get a share in this field, desperately shouting to users: You have no money, you have to borrow money, borrow from me!

Some companies even put on a posture of "you can not borrow, but I can't live without" in order to seize the financial business.

Unable to stand up to the trend.

Zhou Hongyi once vowed: "Be steadfast in the security field and do not plan to get involved in Internet finance", but he later launched 360 Finance.

But App is keen on lending, which may be an excessive experience burden for consumers.

"Will any app eventually become a loan software? I just want to simply order a takeaway or take a taxi, don't force me to apply for a credit card, and lure me into borrowing money."

Oliver Wyman Consulting data shows that the scale of China's consumer credit market is expected to grow from 13 trillion yuan in 2019 to 24 trillion yuan in 2025, with an average annual compound growth rate of 11.4% during the period.

Focusing on the scale of the online consumer credit market, it will reach 6 trillion yuan in 2019, and it is expected to increase significantly to 19 trillion yuan by 2025, with an average annual compound growth rate of 20.4%.

And as the mobile Internet entrepreneurship wave is coming to an end, the head App has basically completed user accumulation and has reached the stage of realizing traffic.

"P2P online lending institutions all closed down and withdrew, also allowing Internet companies to see the market space left by the former." Some Internet practitioners said that holding a huge amount of traffic instead of Internet finance is like holding a "cornucopia of beggars."

After all, Internet companies need a lot of investment in the early stage of market promotion and user increment, and even make money at a loss.

Internet leading companies well-known to the public have all experienced losses.

It took 6 years for Taobao to become profitable, 9 years for Meituan, and 12 years for JD.com.

Cheng Wei, the founder and chairman of Didi, also stated in 2018 that “it has never made a profit since its establishment in 2012, and has accumulated a loss of 39 billion yuan in six years.”

According to Dong Ximiao, some large-scale Internet platforms use the advantages of payment channels to develop consumer credit business based on small loan companies. On the one hand, they obtain customers and assets through a joint loan model, and on the other hand, they borrow external funds in the form of asset securitization (ABS). "Small horse-drawn carts", the leverage ratio has been sharply enlarged, business compliance is doubtful, and systemic risks are concentrated.

"We must be highly vigilant about the overdraft effect and potential risks caused by the rapid rise in the leverage ratio of residents." The Central Bank released the "China Monetary Policy Implementation Report for the Fourth Quarter of 2020", which pointed out that since 2011, the leverage ratio of my country's residential sector has continued to rise. The increase rate in the first half of 2020 exceeded 31 percentage points, and the room for residents' debt to continue to expand is very limited.

The central bank report also pointed out that in the process of rapid expansion of consumer loans in my country, some financial institutions have ignored the risks behind consumer finance, customer qualifications have declined significantly, and the problems of long joint debt and excessive credit are prominent.

Since 2020, the non-performing rates of some bank credit cards and consumer loans have shown signs of rising.

"Some institutions issue personal consumption loans without designated purposes. Part of the credit funds are not used for designated purposes. They flow into the real estate market and financial markets such as the stock market, bond market, and gold market in violation of regulations. Monitoring the use and flow of loans has also become a'old problem'. Question." Dong Ximiao said.

However, the "tightening curse" of online lending continues to tighten.

Since July 2020, several laws and regulations related to Internet loan management and online micro-loan business management have been promulgated or have been publicly solicited for comments.

There are also some changes in the industry.

In Dong Ximiao’s view, with regard to consumer finance, a series of measures to strengthen behavior supervision and standardize business order will help prevent and control various financial risks, protect consumers' legitimate rights and interests, and will also help promote its healthy and sustainable development. .

What do you think of the "lending" phenomenon of various apps?