The Emirates Nuclear Energy Corporation affirmed in a statement yesterday that the benefits of the Barakah peaceful nuclear energy plants are not limited to the production of environmentally friendly electrical energy, but rather in the future to contribute effectively to the employment of nuclear energy technologies in various fields, such as medicine and button. 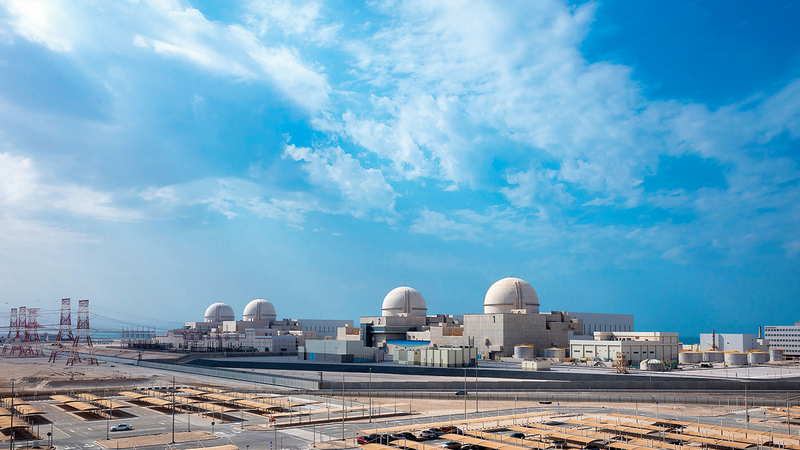 Nuclear energy technologies are employed in the fields of medicine, agriculture and space exploration

The Emirates Nuclear Energy Corporation confirmed in a statement yesterday that the benefits of the Barakah peaceful nuclear energy plants are not limited to the production of environmentally friendly electrical energy, but also in the future to actively contribute to the employment of nuclear energy technologies in various fields, such as medicine and agriculture, to achieve food security. And even space exploration, pointing to the US space agency's reliance on nuclear energy in its missions to outer space, most recently Mars.

She added that the “Barakah” plants pave the way for the development of new energy sources with low carbon emissions, such as green hydrogen, especially as the Emirates Nuclear Energy Corporation is a subsidiary of the Holding Company (ADQ), which in January 2021 signed a memorandum of understanding with Mubadala Investment Company. The Abu Dhabi National Oil Company (ADNOC), to establish the Abu Dhabi Hydrogen Consortium, as a new source of environmentally friendly energy, as nuclear energy possesses the two most important components of green hydrogen production, namely heat and high-quality steam.

Future prospects also bear the dedication of the "Barakah Model" developed by the Emirates Nuclear Energy Corporation to the leadership position of the UAE in the environmentally friendly energy sector at the global level, highlighting the importance of the efforts it undertakes to contribute to facing the phenomenon of climate change, as well as the possibility of exporting advanced knowledge and advanced expertise. Which is now owned by the state in the peaceful nuclear energy sector.

The "Barakah Model" included a long-term forward-looking strategy, a clear-cut road map, a unique administrative and financial structure, and a major contributor to a quantum leap in the fields of research and development, as well as the development of Barakah plants, the first of which began commercial operation, and became the largest contributor to reducing the carbon footprint In the UAE, in addition to supporting the country's efforts to confront the phenomenon of climate change.

The Foundation referred to the high professionalism of the work teams that include expertise from more than 50 nationalities, led by qualified Emirati competencies, according to the highest levels of educational attainment and practical training, in the most prestigious academic institutions and nuclear power plants in the world, during which they have passed advanced training programs of about seven years.

• Teams of work: expertise from 50 nationalities led by Emirati competencies.