Merkel, Scholz, Altmaier - the Wirecard final is getting dirty

With immediate effect, the last of the 80 witnesses in the Wirecard investigation committee will be questioned - including Angela Merkel, Olaf Scholz and Peter Altmaier. Now there is much more to it than the fraud scandal, short sale bans and government patronage. 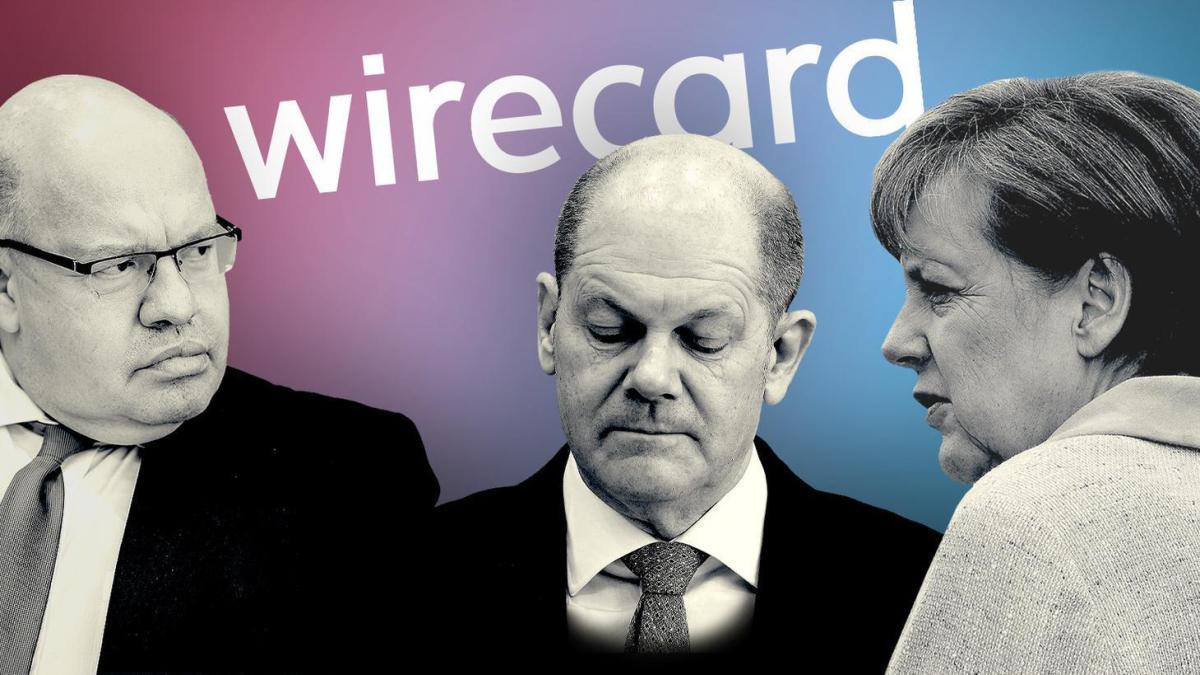 A foretaste of what will happen in the Wirecard committee of inquiry this week was given last Friday.

It was scolded and lamented and appeased like seldom since the political responsibility for what was probably the biggest economic scandal in post-war history was dealt with in the Bundestag - in often endless sessions until the early hours of the morning.

"I'm just fed up with experiencing a fairy tale hour here," rumbled CSU politician Hans Michelbach. He had the impression that the head of unit wanted to protect “other people” in the Ministry of Finance with his statement. He should finally stop sweeping things under the rug. "I appeal to your civil servant's honor to stop playing hide-and-seek," said Michelbach. CDU colleague Matthias Hauer joined the allegations: "I'm outraged."

Head of department Udo Franke, an experienced official of Federal Finance Minister Olaf Scholz (SPD), reported on how the ministry exercised its supervision of the financial supervision Bafin - and exercised it in the case of the payment service provider Wirecard.

Franke repeatedly pointed out that although the Bafin is subject to the legal and technical supervision of the ministry, it does not check individual cases itself, which would ultimately amount to unnecessary duplication of work.

"We do not duplicate what the Bafin does in terms of rather complex considerations and converts them into decisions," said Franke.

Specifically, it was about the decision of the supervisory authority from February 2019 to issue a short sale ban for a share, namely that of Wirecard AG, for the first time.

Investors should no longer have the opportunity to speculate on falling prices.

The unusual move was generally understood as partisanship.

A state authority takes the side of Wirecard AG, which was already struggling with negative reporting back then.

The billion-dollar fraud, one of the most spectacular in history, was not to be discovered until well over a year later.

Hauer didn't just want to accept the statements of the head of department from the Ministry of Finance. The ban on short sales is an event of the century that made many Wirecard investors feel safe, and the Ministry of Finance just watched, it couldn't be. "You want to cheat your way out of the technical supervision," accused Hauer of the witness.

It was obvious who the attacks by the Union MPs were targeting: not Head of Unit Franke, but his top superior: Finance Minister Scholz.

It was therefore not surprising how Jens Zimmermann, SPD member of the investigative committee, acted during the survey: dissuasive.

He was wondering why there was such a sharpness in the witness questioning, he said in the direction of his colleagues Michelbach and Hauer, who were sitting to his left.

Addressing the witness Franke, he added: "Stick to the truth as it is, do not be intimidated."

If Scholz appears on Thursday in his role as Federal Finance Minister before the committee of inquiry as a witness, there will be no need for such words. It is not to be expected that the political warrior will be intimidated. The members of the CDU, CSU and the opposition will try everything to make him look bad - so that as much dirt as possible gets stuck on the SPD candidate for chancellor.

Party politics will determine the final of the Wirecard committee of inquiry.

For the last of the more than 80 witnesses who have been questioned since October, this week is less about how it could even happen that, under the eyes of the supervisory authorities, considerable parts of the balance sheet of the former stock exchange darling Wirecard were fictitious and in the As a result, when everything was exposed, thousands of small investors lost their stakes.

It is primarily about election campaigns, because completely new insights, which could possibly lead to political difficulties for one of the invited government representatives, are not to be expected.

Positive conclusion from the committee

What Scholz is adjusting to the deputies of the Union, Federal Minister of Economics and CDU member Peter Altmaier will adjust to those of the SPD.

The auditor supervision Apas is subordinate to Altmaier, who is invited for Tuesday.

The Wirecard auditor EY had ensured with its ongoing audits of the balance sheets of the former Dax company that the billion-dollar fraud was exposed so late.

The SPD said in advance that the previously unpublished report by the commissioned investigator “relentlessly reveals the failure of the auditors”.

At least the representatives of the opposition will try on Friday to corner Chancellor Angela Merkel (CDU) and ultimately the entire federal government because of her lobbying work for Wirecard in China.

Merkel had campaigned for the company on her state visit to China in the summer of 2019, despite internal warnings and public reporting, according to the allegation.

From the point of view of the representatives of the AfD, FDP, the Greens and the Left, this is also one of the massive failures of the authorities and politicians in the Wirecard case.

As much as the party affiliation will determine the last interviews before the committee of inquiry, a positive conclusion of the work of the committee can be drawn even before the big showdown:

From countless correspondence filling hundreds of files, it became clear how at Wirecard, not only among the many small and large investors, but also with the official bodies, everyone relied on the other: the Ministry of Finance on the supervision, the supervision on the Public Prosecutor - and all of the auditors and their controllers.

Authority without a bite

The trigger for the short sale ban was a fax from the Munich public prosecutor to the Bafin, which raised the suspicion that speculators and journalists were deliberately spreading rumors about Wirecard in order to make money from a falling share price. A Wirecard lawyer had told the public prosecutor that a journalist from the Bloomberg news agency was extorting six million euros from Wirecard and threatened with further negative reports about the company. In retrospect, the story turned out to be a robber pistol - invented by Wirecard officials.

The allegations were not checked either by the public prosecutor or the Bafin.

You don't pretend to be the “investigator behind the investigator of the public prosecutor's office,” said Bafin director Elisabeth Roegele before the committee last month.

The short sale ban was then implemented in February 2019 between Friday and Monday.

The responsible department head in the Bafin was ignored - not out of malice, but because it was simply believed that the person was not in the house, which was wrong, but no one thought it necessary to try it on the mobile phone.

Organizational failure is probably a friendly way of saying it.

The speculations brought to light by Bafin employees with Wirecard securities also fit into the image of an authority without bite.

This is where the future Bafin boss Mark Branson wants to start when he takes over his job in the summer. Reforms are also on the way to the important point of responsibility for auditing accounts and the work of auditors. That will be the legacy of the Wirecard Committee of Inquiry, not the witness appearances this week.