Hydrogen from garbage: this smart solution is being prevented by the state

Germany wants to build a hydrogen economy. But when things get serious, there is sometimes a lack of pragmatism. Various municipalities want to convert their waste-to-energy plants to generate hydrogen for public transport using electrolysis. But a law prevents that. 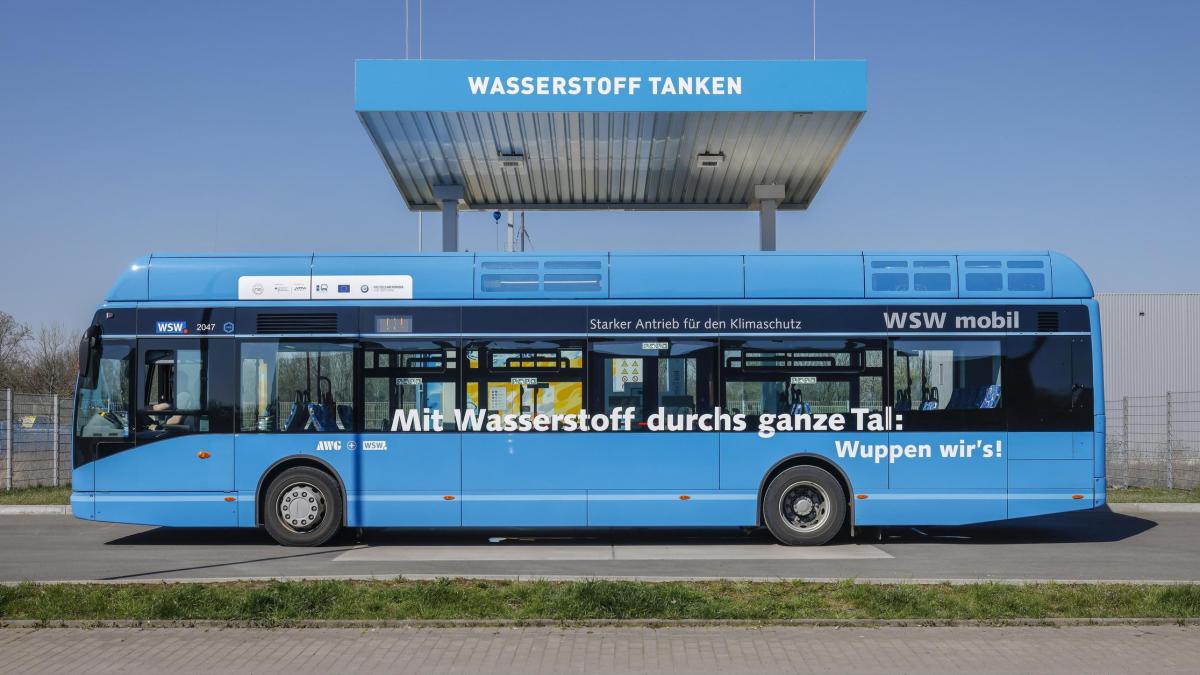 Wuppertal has rushed ahead.

Under the motto "Garbage makes you mobile", the waste management company (AWG) of the 350,000-inhabitant city in North Rhine-Westphalia produces hydrogen for use in public buses.

The electricity for the electrolysis required for hydrogen production comes from the municipal waste-to-energy plant.

There is also the associated hydrogen filling station, which will also be used by other urban vehicles in the future, including garbage trucks.

"We are thus massively reducing greenhouse gas emissions in Wuppertal and making a contribution to the development of the hydrogen economy in Germany."

The attention in other municipalities is correspondingly great.

"We regularly have delegations from all over Germany and even Europe here who want to see our project," Tschersich reports in the WELT interview.

But no wonder: after all, the need to save CO2 is also stipulated by EU guidelines and, as a result, in national laws, as is the compulsion to have low-emission vehicle fleets.

At the same time, hydrogen is seen as a silver bullet when it comes to mobility and climate protection.

And everything together can then also be combined with the recovery of the energy content of waste.

"This means that hydrogen can be produced locally and used locally at the same time," describes Tschersich.

After all, garbage accumulates everywhere and there are also incineration plants nationwide.

The problem with fuel quotas

In Germany alone there are around 70 such waste-to-energy plants across the country.

And two thirds of them now have plans based on the Wuppertal model, reports the Association of Municipal Enterprises (VKU), including Munich and Stuttgart, Kaiserlautern and Bielefeld - and Wuppertal again.

"We want to increase the electrolysis capacities in a second expansion stage from currently one to 2.5 megawatts," says AWG boss Tschersich.

Because the city is currently buying another ten fuel cell buses.

Cities and municipalities have so far been hesitant to make final investment decisions.

The reason for this is the draft for the "Law for the Further Development of the Greenhouse Gas Reduction Quota".

The federal government does not want to recognize hydrogen from so-called biogenic sources as ecologically beneficial.

This also applies to the very hydrogen that is produced with electricity from waste incineration plants, in which, according to statistics, half of fossil waste such as plastic and biogenic waste are burned, but at the same time also for organic waste fermentation plants or biomass thermal power stations, especially for waste wood.

However, this means that this hydrogen cannot be counted towards future fuel quotas, according to the VKU.

And municipal vehicle fleets could not use their own hydrogen and call it “green” in the course of implementing the Clean Vehicles Directive.

So any incentive to build up hydrogen electrolysis in connection with waste incineration plants for the cities is lost.

"After all, green hydrogen still has to be bought in", explains VKU Vice President Patrick Hasenkamp.

"That will significantly hinder climate protection through the hydrogen economy and postpone it for years."

"No incentive to build electrolysis systems"

The federal government, however, is defending its position.

"The promotion of hydrogen must be designed in such a way that, on the one hand, the electricity comes from additional, renewable energy sources and, on the other hand, there is no incentive to disregard the waste hierarchy," says the responsible Federal Environment Ministry (BMU).

The use of existing electricity capacity ultimately only leads to a relocation of renewable energy from other areas and thus to an electricity gap that may be covered by fossil fuels. "The aim of the National Hydrogen Strategy is to promote the ramp-up of electrolysis capacities, which is more advantageous in terms of environmental and industrial policy," says a ministry spokesman. However, a parallel promotion of biogenic hydrogen could slow this down. "Because fuel suppliers would then have no incentive to set up electrolysis systems if they could use hydrogen from biogas instead."

The Federal Council, on the other hand, takes a different position.

The regional chamber advocates treating electricity from the "thermal treatment of biogenic residues and waste materials" on an equal footing with other renewable energies, at least 50 percent and thus in the amount of biogenic substances in the waste to be incinerated (pressure bags 19/28183).

The municipal projects planned for this are important nuclei for the ramp-up of the hydrogen economy in Germany and for the desired reduction in emissions in transport, according to the Federal Council's statement.

A rejection, on the other hand, is a political signal that leads to the postponement of investment decisions.

The VKU speaks of several million euros in this context and lists ten projects ready for decision in a declaration alone.

"Our lack of understanding is great," comments association representative Hasenkamp.

"We don't create plantations and then burn the plants."

Now the Bundestag has to decide how to proceed.

On Wednesday morning, the Committee on the Environment, Nature Conservation and Nuclear Safety will discuss this in a public session and then make a recommendation to Parliament.

The FDP has already positioned itself and is pushing for a technology-neutral implementation and thus the recognition of hydrogen from biogenic power sources.