Price corridor: the Ministry of Energy announced an increase in the price of fuel in Russia within the limits of inflation

According to the Ministry of Energy of Russia, the rise in fuel prices in the country remains within inflation. As noted in the department, in 2020 the industry coped with sharp jumps in demand for fuel, and today the domestic market is fully provided with petroleum products. According to experts, a special damping mechanism exerts restraining pressure on the cost of gasoline and diesel. As part of the initiative, the authorities compensate oil workers for part of the funds when selling fuel within Russia. At the same time, from May 1, changes in the damper formula should come into force, which, according to experts, will more effectively combat the rise in fuel prices. How gasoline prices can change under these conditions by the end of the year - in the RT material. 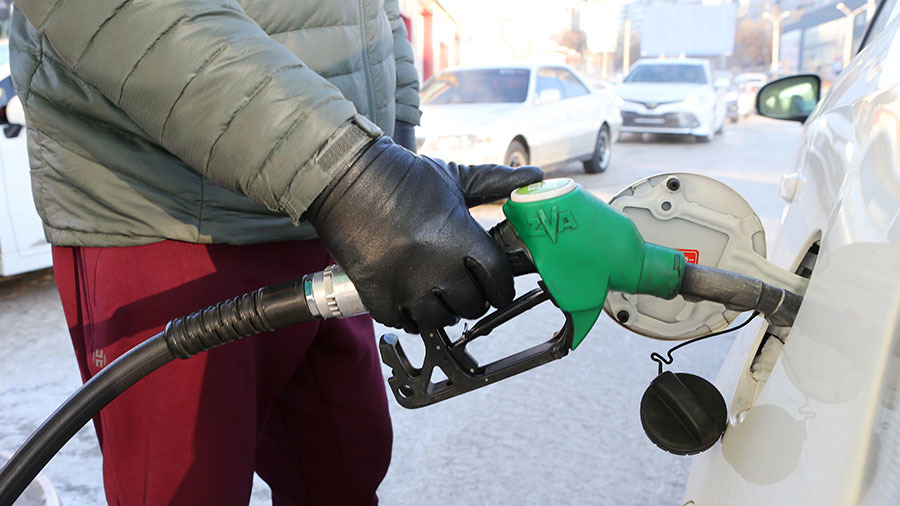 Fuel prices at Russian gas stations are growing within inflation.

This was announced on Monday, April 12, by the deputy head of the Ministry of Energy Pavel Sorokin at the final meeting of the department's board.

According to him, at the moment the Russian domestic market is fully provided with motor fuel.

At the same time, as the Deputy Minister emphasized, in 2020, against the background of sharp jumps in fuel consumption in the country, the industry coped with the situation, and there was no shortage of oil products.

“We managed to keep the rate of growth of prices at filling stations within inflation, last year even lower than inflation.

According to experts, the rise in fuel prices remains restrained largely due to the action of a special compensating mechanism.

This is a so-called damper.

Recall that in 2018, there was a sharp price jump in the Russian fuel market.

So, from January to December, the cost of gasoline at filling stations increased by an average of 9.4%.

To solve the problem, the Russian government agreed with oil companies to freeze wholesale prices.

However, it was not profitable for oilmen to supply fuel to the Russian market at a fixed cost.

Against this background, since 2019, the state began to reimburse companies for lost income when supplying fuel to the domestic market.

“When export prices for fuel exceed domestic prices, the authorities compensate the oil workers for the difference.

If domestic prices are higher than export prices, then the oilmen are already paying to the budget.

As a result, domestic gasoline prices are growing weakly even with a sharp rise in oil prices in the world.

However, even with the collapse of world prices for raw materials, gasoline in Russia is moderately more expensive, ”Sergey Kaufman, an analyst at the Finam Group of Companies, explained in a conversation with RT.

It is noteworthy that after the launch of the damping mechanism, the rate of rise in fuel prices in Russia slowed down several times.

“The rise in gasoline prices slowed down in 2019 precisely due to the action of the damper mechanism, which was launched by the state.

In 2020, prices remained relatively stable due to falling consumer demand - a consequence of the pandemic.

Since fuel consumption was weak, manufacturers and filling stations did not strive to significantly increase prices, fearing an even greater reduction in demand, "said Artyom Deev, head of the analytical department at AMarkets, to RT.

To further contain fuel prices in Russia, the government plans to slightly adjust the formula of the damping mechanism from May 1, 2021.

This was announced in mid-March by Deputy Prime Minister Alexander Novak following a meeting with representatives of relevant departments and oil companies.

The damping mechanism contains the so-called indicative wholesale price of gasoline in the domestic market.

On its basis, the authorities calculate the amount that oil workers should transfer to the budget or receive as compensation from the government.

According to the original idea, the indicative price was supposed to grow by 5% per year.

However, over time, such an increase in the indicator became unprofitable for oil companies.

“The fact is that when real prices rise more slowly than the indicative price, oil workers receive less payments than they should.

As a result of the innovations from May 1, the growth of the indicative price will not exceed the inflation rate, which should increase payments to oil workers, and, therefore, reduce the pressure on retail prices, "said Sergei Kaufman.

In his opinion, under these conditions, the further rise in the price of fuel in Russia will continue to remain within the inflationary limits.

According to the latest estimate by Rosstat, inflation in Russia accelerated to 5.8% in March 2021.

The value was the highest since November 2016.

Prices in Russia are growing faster than expected, as the confident recovery in consumer demand in the economy is still outstripping the pace of output growth.

This was previously stated by the chairman of the Central Bank Elvira Nabiullina.

In addition, according to the head of the Central Bank, inflation is additionally pushed up by a record rise in prices on world commodity markets.

However, according to Nabiullina, inflation dynamics in the country should stabilize in the near future.

“We estimate that inflation will be below current levels by the end of the year, but the range is likely to be above our target, above 4%,” Nabiullina said during a March 19 press conference.

At the same time, already in the first half of 2022, inflation in Russia may return to the regulator's target of 4%, the Central Bank is confident. As a senior analyst at Forex Optimum, Alexander Rozman, suggested in an interview with RT, in the event of a slowdown in consumer price growth and the absence of sharp fluctuations in the foreign exchange market, at the end of 2021, gasoline in the country will rise in price by 4-5%.