Consumers in Abu Dhabi demanded that groceries be included in the annual Ramadan discounts offer, due to its proximity to places of residence and work, the speedy arrival of purchases for families without leaving the house, as well as its policy of deferred sales, which reduces the burden on consumers. 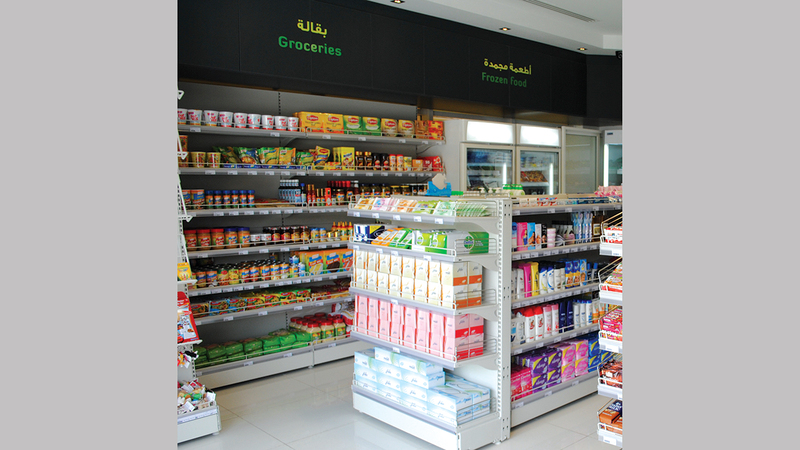 Two sales figures point to negative impacts on its earnings

Consumers in Abu Dhabi demanded that groceries be included in the annual Ramadan discounts offers, due to its proximity to places of residence and work, and the speedy arrival of purchases for families without leaving the home, as well as its policy of selling on credit, which reduces the burden on consumers.

They explained to "Emirates Today" that families' purchases of groceries increase during the month of Ramadan by 25%, compared to normal days.

In turn, a sales official pointed out the difficulties encountered in offering grocery discounts during the month of Ramadan, most notably the failure of suppliers to reduce supply prices, due to the small share of groceries in the retail market compared to large outlets, in addition to the fact that the cuts may negatively affect the profits of those groceries, pointing to The supplier of goods sells to groceries at high prices, which forces them to sell at a high price, after adding the profit margin.

In detail, consumer Maitha Al-Awadi said that she relies mainly on groceries to buy her daily needs during the month of Ramadan, due to her proximity to her place of residence and work, which results in the ease and speed of arrival of purchases, instead of shopping from large outlets.

She emphasized that her purchases from neighboring groceries increase at rates ranging between 20 and 25% during the month of Ramadan, with the growth in consumption, the reduction of going out, and the commitment to social distancing, in light of the repercussions of the "Covid-19" pandemic.

Al-Awadi demanded that groceries be included in the discounts campaigns that Ramadan is witnessing, pointing out that grocery stores do not offer discounts during the fasting month, but rather continue to sell at higher prices than medium and large outlets.

The consumer, Mona Al-Nasser, agreed that she relied on groceries near her home to meet many of her family's daily needs, especially with the proximity of groceries to places of residence, and the speedy obtainment of the required needs over the phone.

She explained that her grocery purchases increase by up to 25% during the month of Ramadan in general, at a time when she expects to increase by a greater rate during the current month of Ramadan, with her desire to reduce going out of the house, and to apply preventive measures related to confronting the Corona virus (Covid-19), Including social distancing and staying away from crowded areas.

Al-Nasser supported the idea of ​​including the largest possible number of groceries in the Ramadan discounts campaigns, noting that grocery prices are generally high, compared to large and medium-sized outlets.

In the same context, consumer Jaafar Ayoub emphasized the necessity for grocery stores to offer discounts on goods, similar to that of large outlets and some medium outlets.

He added that dependence on small groceries increases during the month of Ramadan, especially with the continuing pandemic of the Corona virus, and avoiding congestion in medium and large sales outlets, indicating that groceries are sold on a credit system, or what is known as “on-the-book” sales, as purchases are delivered. Home quickly.

In addition, Masoud Kama, a sales official at a grocery store in Abu Dhabi, said that there are major difficulties encountered in offering grocery discounts on goods during Ramadan, most notably the failure of suppliers to agree to discounts, given the small share of groceries in the market compared to large outlets, given their dependence on families Small, often on credit.

Kama added that the commodity supplier sells the groceries at high prices, which forces them to sell at a high price, after adding a profit margin to them.

For his part, the sales official at another grocery store, Abdulaziz Ibrahim, said that although the reductions contribute to an increase in grocery sales, some people fear that these cuts may negatively affect profits, given the small share of grocery stores in the retail market in general.

In addition, Rajiv Lee, a retail trade expert and CEO of the "Baoik" e-shopping company that specializes in delivering groceries to consumers, said that the share of groceries in the market is still small and depends on a specific group of consumers who buy small quantities, and groceries usually do not sell. Goods of large size and weights, but of small sizes, and therefore, offering discounts may lead to losses to suppliers who will not be able to significantly reduce supply prices, as is the case with major sales outlets that sell large quantities.

He added that the emergence of many local and international websites has become a great competitor for small groceries, which affected their sales in general, pointing to the need for grocery stores to offer discounts to attract more consumers and expand the base of dealers, especially since consumers have become after Corona more keen to rationalize Spending, and not spending any dirhams except in the right place, which will affect groceries more in the future.

A supplier of Small Grocery Group (BR) said grocery stores hold a relatively small share of the market, although they usually increase during Ramadan.

He added that a large percentage of permanent grocery shoppers are small consumers with limited consumption in general, which may negatively affect profits, if discounts are offered.

He believed that offering discounts in grocery stores requires extensive studies on the results of that move on groceries and general supplies.

It is noteworthy that the Ministry of Economy previously announced that it will study in the future the inclusion of groceries in the Ramadan discounts, pointing out that the share of grocery stores and medium-sized outlets in the market during the year is generally less than 10%, while large outlets acquire a percentage of about 90%.

Groceries are characterized by their proximity to places of residence, speed of delivery, and sale according to the credit payment system.