The other labor blow to come: 41% of freelancers will close their businesses when they stop collecting the cessation of activity

Approximately 193,000 -41% - of the 470,000 freelancers who are receiving the cessation of activity at this time will be terminated when the benefit ends, according to ... 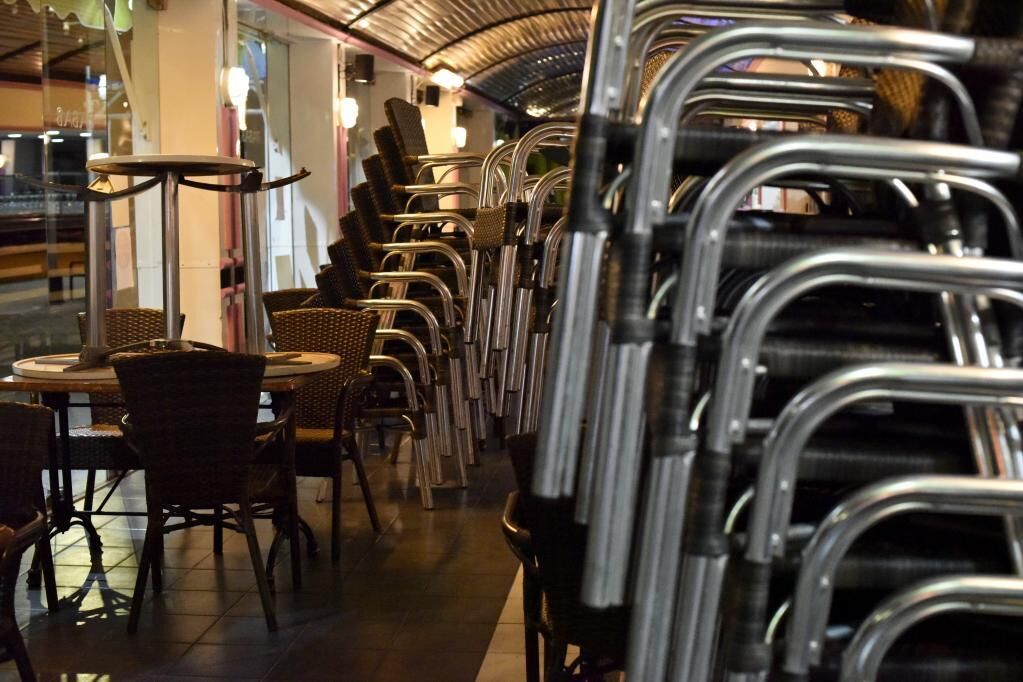 - 41% - of the 470,000 freelancers who are receiving the cessation of activity at this time will be terminated when the service ends, according to data published in the XI ATA barometer.

, president of the entity, regretted in the presentation of the report that the Special Regime for Self-Employed Workers "does not present completely real figures", since a large percentage of these people only continue to be registered to receive aid that "is they seize the cessation of activity as if it were an unemployment benefit ".

Thus, he considers that when the RETA speaks of contributors, it presents "

According to the interviews carried out for their barometer, if the need to contribute to collect the aid were waived, these people would unsubscribe.

14.9% of the self-employed affirm that they are currently charging the cessation of activity.

If the benefit is extended beyond May 31, 21.2% expect to apply for this extension.

On the other hand, 9.5% of those surveyed believe that they will have to abandon their business in the coming months, which would be equivalent to around

The positive side is provided by the 40.6% who do not consider the closure and, to a lesser extent, the 47.4% who have doubts about it, but who would continue with their activity even in the case of not being able to do so with their business .

To this are added the ERTE processes, which also 'inflate' the figure.

"We believe that there will still be job destruction," Amor warns. Currently there are some 750,000 people in the ERTE process and "many of them are not going to rejoin."

Of those self-employed who have ERTE, some 200,000 (14.4%) have not incorporated workers and believe that they will not be able to do so and will have to reduce their workforce at some point in 2021. Most, Amor said, do not have liquidity to face layoffs.

On the other hand, 56% do believe that they will keep all their employees and 1.9% even point out that they plan to

From ATA they point out that the formula for the cessation of activity should be an aid for four months that does not depend on being registered with Social Security.

"Then we will have to see who can re-start and who cannot," explains Amor. "We cannot pay with public money for contributions from someone who is not going to stay."

"It does not seem logical" that, with these data, "we continue to pay the Social Security contribution," Amor argues. And, in any case, they should be extended "until December 31".

Something similar happens with the ERTE, because Amor believes that the situation of those people under this measure whose companies are not going to resume activity should be clarified "as soon as possible".

Paraphrasing the CEOE president, he argued that "

The survey carried out with the self-employed also valued the aid recently announced: 78.3% consider that the package of 7,000 million euros is insufficient, although 48.2% acknowledge that they will request it when the term opens .

Of those who will not request it, 36.1% will not do so solely because their activity does not appear in the list.

In this sense, 80.9% consider that they should have been established for all sectors and based on their fall in turnover.

The self-employed estimate that the pandemic has led to accumulated losses in turnover of 75,000 million euros since March 2020. 30.7% - approximately one million people - assure that their losses are

The data certify a tough year for the self-employed.

Although there is encouraging data (30% of freelancers whose business works 100% have already been reached), in general the outlook is bleak.

One in three freelancers (34.1%, specifically) believe that their business will not recover

, while only 3.3% expect billing to reach the levels prior to this crisis in the next six months.

In general, the most widespread idea (shared by 36.9% of the people surveyed) is that the recovery will take between 13 and 24 months.

For their part, 13% trust that it will occur within a minimum of six months and a maximum of one year.

Economy The Government has not yet regained control of the SEPE

Income 2021Income 2021: guide to make the declaration if you have been in an ERTE or have received the Minimum Vital Income