From international conventions and exhibitions to health and health care, Hainan Qionghai uses the Boao Forum to expand its industry

China News Service, Haikou, April 12 (Reporter Wang Ziqian and Zhang Qianyi) At the end of March this year, a 10,000-person exhibition was held at the Boao Forum for Asia Center, which was held in Qionghai City, Hainan Province before the Boao Forum for Asia 2021 Annual Conference Large-scale convention and exhibition activities have demonstrated the high-quality services and strong reception ca 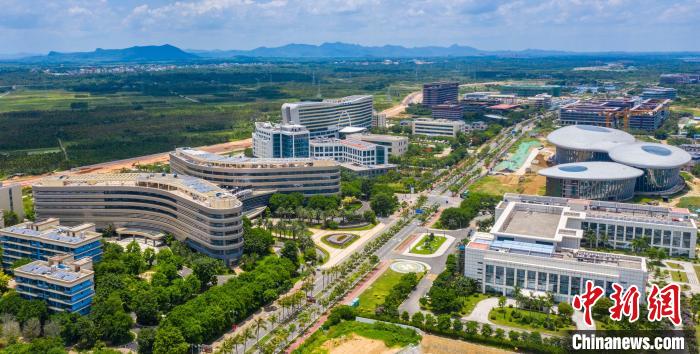 China News Service, Haikou, April 12 (Reporter Wang Ziqian and Zhang Qianyi) At the end of March this year, a 10,000-person exhibition was held at the Boao Forum for Asia Center, which was held in Qionghai City, Hainan Province before the Boao Forum for Asia 2021 Annual Conference Large-scale convention and exhibition activities have demonstrated the high-quality services and strong reception capabilities of the local convention and exhibition industry.

"Boao itself has become a'golden sign', which has a strong appeal to the market." Zhang Yinong, the organizer of the exhibition and the executive deputy general manager of COSCO Boao Conference Services Co., Ltd., said in a recent interview that the Boao Forum for Asia has been held in the past 20 years. Boao has formed a high ground for the convention and exhibition industry and has been highly recognized by the entire industry.

The superior natural conditions and rich experience in organizing conferences have allowed Qionghai to show strong development momentum in the convention and exhibition industry, and also opened up a new development space in the healthcare and medical industry.

"In the past five years, Qionghai conventions and exhibitions have grown from more than 100 events a year to more than 400 events." He said that the city is moving towards the goal of "World Conference Capital", introducing policies and setting up institutions to build the exhibition industry into a star industry. .

It is understood that Qionghai established the Qionghai Convention and Exhibition Industry Association in August 2016, becoming the third largest municipal conference and exhibition industry association established in Hainan Province after Haikou and Sanya.

Qionghai Convention and Exhibition Bureau was established in February 2017.

In order to encourage enterprises to come to Qionghai to hold conferences and exhibitions, the city issued regulations in August 2017, arranging 10 million funds to support the development of the exhibition industry.

At present, Qionghai City currently has more than 300 companies engaged in convention and exhibition business, and more than 10 hotels with relatively complete conference facilities. There are nearly 300 hotels in the city, 13 star-rated hotels, and more than 14,000 rooms.

In recent years, the brand spillover effect of the Boao Forum for Asia has been obvious. Qionghai City has promoted industrial development with the "dual-core drive" of convention and exhibition + tourism, creating a unique global high-end conference destination of "international style + pastoral style".

In addition, the Boao Lecheng Medical Tourism Pioneer Area (referred to as Lecheng Pioneer District) represented by high-end medical services, as the "second movement of the Boao Forum for Asia Development", has grown from a blueprint to an international medical industrial park that is beginning to take shape. .

The reporter also saw in Lecheng Pioneer District recently that many projects here are under construction.

A Boao Lecheng International Innovative Medicine and Equipment Exchange and Conversion Center project that can display nearly a thousand international innovative medicine and equipment products has been completed. It will be grandly opened on April 13, 2021 and become the "Medicine and Equipment Import Expo" of the free trade port that will never end. , Will also serve as a platform for transactions and scientific research transformation to build a medical training base.

During the interview, Liu Zhefeng, deputy director of the Lecheng Pioneer District Administration Bureau, introduced that the value of imported clinically needed drugs and medical devices in the Pioneer District in 2020 was 170 million yuan, a year-on-year increase of nearly 6 times; in the context of the epidemic, the number of medical tourists received reached 84,000. The number of visits increased by 12% over 2019.

As a key park of Hainan Free Trade Port, Lecheng Pioneer Zone is promoting the effective connection between international advanced medical resources and domestic health needs. At present, nearly 80% of the world’s top 30 pharmaceutical and device companies have established direct cooperative relations with the park. There are 130 kinds of innovative medical devices on the market in China.

Taking advantage of the "East Wind" of the Boao Forum for Asia, Qionghai will accelerate its integration into the new development pattern, improve the level of industrial development, and strive to achieve historic development.

This year’s Hainan Provincial Government’s work report pointed out that during the "14th Five-Year Plan" period, the construction of the Happy City Pilot Zone will be added to attract 500,000 overseas medical visits and 1.5 million visits without going abroad.

In the modern service industry, the construction of the Boao Forum for Asia Special Planning Area is the core engine to promote the development of the modern service industry, build a coordinated development ecosystem of "convention and exhibition tourism" related industries, and attract more conference and exhibition brands to regularly settle in Boao.