The Director General of the Abu Dhabi Fund for Development, Muhammad Saif Al-Suwaidi, said that “the fund has contributed to financing hundreds of development projects in Jordan, whose total value amounted to 6.5 billion dirhams,” indicating that those projects with a strategic dimension enabled the Jordanian government to achieve priority 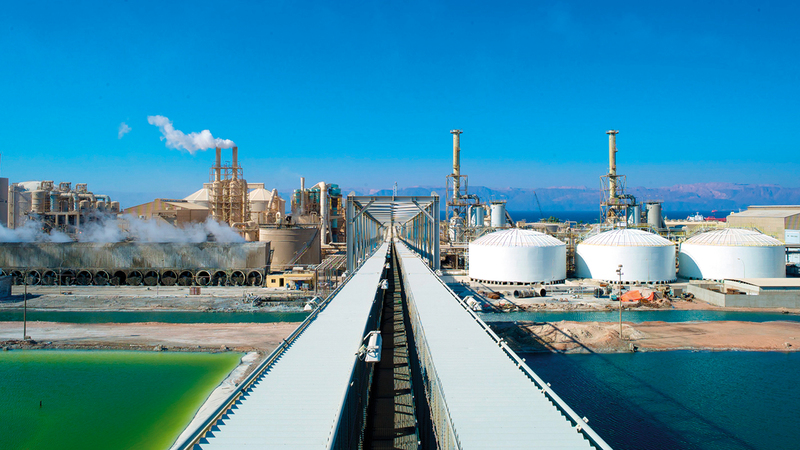 The "Fund" financed development projects in the energy sector in Jordan, amounting to 1.376 billion dirhams.

The Director General of the Abu Dhabi Fund for Development, Muhammad Saif Al-Suwaidi, said, “The fund has contributed to financing hundreds of development projects in Jordan, which have a total value of 6.5 billion dirhams. And advancing sustainable development.

Al Suwaidi added, on the occasion of the UAE’s participation in the first centenary celebrations of its founding, which was approved yesterday April 11th, that “the fund is thanks to the directives of the wise leadership of His Highness Sheikh Khalifa bin Zayed Al Nahyan, President of the State, and His Highness Sheikh Mohammed bin Zayed Al Nahyan, The Crown Prince of Abu Dhabi and Deputy Supreme Commander of the Armed Forces has maintained strategic relations with the Jordanian government for more than four and a half decades, during which he was a true partner in providing the necessary funding for the establishment of strategic projects of national priority.

Al-Suwaidi stressed that the projects that the Fund contributed to financing in Jordan, directly and effectively reflected on the achievement of the goals and vision of the Jordanian government, and supported its aspirations, plans and development programs, as they left a clear impact on the Jordanian economy, through the remarkable improvement in the economic indicators in its various sectors, as well as It was an important factor in improving the quality of life of the population, supporting basic services, and providing job opportunities, which contributed to achieving sustainable development in the country.

He explained that «the projects financed by the Fund in Jordan, focused in vital sectors, such as education, health, transportation, transportation, energy, agriculture, irrigation and housing, in addition to infrastructure projects and others, within the framework of the Fund’s keenness to support the efforts of developing countries and enable them to achieve their goals and development programs. And the implementation of strategic projects that play an important role in promoting economic growth and improving the living conditions of the population.

The following are the most prominent projects funded by the Abu Dhabi Fund for Development in a number of key sectors in Jordan:

The fund financed development projects in the energy sector worth 1.376 billion dirhams, such as the liquefied petroleum gas port project in the city of Aqaba, where a specialized port was established that works according to best practices and international safety standards, to cover Jordan's need for petroleum gas and raise the capacity of handling liquefied petroleum gas, as well as Establishing warehouses for storing petroleum derivatives, as this project contributed to increasing the storage capacity of petroleum derivatives, and enhancing the security of oil derivatives supply.

The fund contributed to the implementation of several priority projects with a strategic positive impact on the Jordanian economy in the water and irrigation sector, with a total value of about 237 million dirhams, which included the construction of a number of dams that contribute to feeding water sources and providing clean drinking water for the population, in addition to Providing the needs of sectors that have a direct impact on growth rates, such as the industrial, agricultural and services sectors.

The Abu Dhabi Fund for Development played an important role in the development of the agricultural sector, as it contributed to financing three vital projects, with a total value of 135 million dirhams, that had a significant impact in improving agricultural production and increasing the agricultural area.

The fund contributed to financing a network of roads according to the latest international standards, which included international and internal roads in major cities, and the implementation of a large network of rural and agricultural roads, with a total value of 990 million dirhams.

The Abu Dhabi Fund for Development also contributed to financing eight projects in the health sector worth 1.089 billion dirhams. These projects provided advanced health services in Jordan, provided health services to a larger segment of citizens, and strengthened Jordan’s role as a medical and treatment center in the region, by contributing to Establish specialized hospitals.

The projects financed by the fund contributed to achieving Jordanian food security and increasing the strategic reserve of basic foodstuffs, as the fund financed projects worth 259 million dirhams in this sector.

In the education sector, the Fund financed projects worth 634 million dirhams, including a project to establish 19 schools in various regions of Jordan.

In the housing sector, the Fund contributed to financing the Karama neighborhood housing project in Aqaba with a value of 109 million dirhams, which came as an alternative to existing housing in the southern Shalala area, located in a strategic area in the city of Aqaba.

The Fund’s interest in developing the Jordanian industrial sector came from the beginning of its development activity in Jordan. The Fund financed two projects worth 119 million dirhams that played an important role in developing the sector.

The Al-Hasa phosphate project, which the fund contributed to financing in 1977 with a value of about 100 million dirhams, is one of the most important industrial projects financed by the fund, as it contributed to developing the export capabilities of the Al-Hasa plant and raising its production capacity from 1.25 million tons annually of phosphate mineral to 3.6 million tons. annually.

• The projects that the fund contributed to financing have left a clear impact on the Jordanian economy.

• 990 million dirhams, the fund’s contributions in the transport sector.