The Ministry of Economy confirmed that the tourism sector in the UAE achieved remarkable performance during the year 2020, despite the repercussions of the spread of the new Corona virus (Covid-19 /), as the tourism sector in it was the least affected and the fastest to recover from the repercussions of the crisis that led to a significant decline in tourism movement 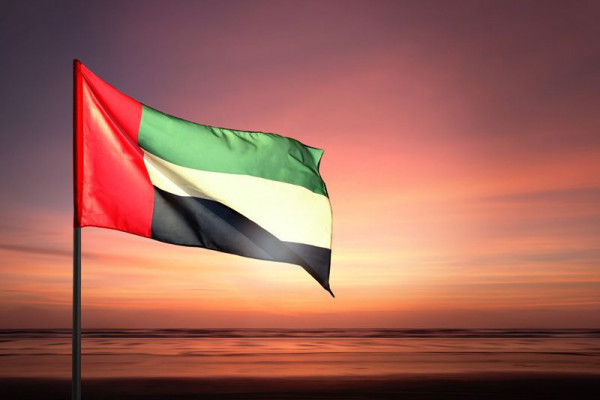 The Ministry of Economy confirmed that the tourism sector in the UAE achieved a remarkable performance during the year 2020, despite the repercussions of the spread of the new Corona virus (Covid-19 /), as the tourism sector in it was the least affected and the fastest to recover from the repercussions of the crisis that led to a significant decline in the tourism movement at the level of The world by 74% and by 76% at the level of the Middle East region, while the state’s hotels achieved the second highest occupancy rates in the world, after China, at 54.7%, despite the decrease in the occupancy rate to 37% in the world, and to 43% in the Middle East region. .

According to official statistics issued by the World Tourism Organization and the Emirates Tourism Council, which was established by the Council of Ministers last January under the chairmanship of the Minister of State for Entrepreneurship and Small and Medium Enterprises, Dr. Ahmed Belhoul Al Falasi, the number of hotel establishments' guests has reached 14.8 million, while the number of nights of stays in Establishments amounting to 1089 establishments provide about 180 thousand hotel rooms, about 54.2 million nights, and an average stay of 3.7 nights for a guest, and a return of 318.5 dirhams per room, while the contribution of domestic tourism to the national economy amounted to 41 billion dirhams last year, with expectations to double this number over the years. Coming.

Dr. Ahmed Belhoul Al Falasi said: The global tourism sector was one of the sectors most affected by the repercussions of the spread of the Covid 19 virus, and thanks to the directives of the wise leadership, the UAE was able to quickly contain its repercussions on the local tourism sector, by adopting an innovative and flexible approach, based on providing a group of Incentives and the launch of many initiatives that contributed to creating many opportunities that accelerated the recovery of the sector and its institutions, and enhanced its contribution to the state's GDP.

He added that despite the many challenges that the pandemic imposed on the sector, at the same time it opened new horizons and opportunities for domestic tourism, which witnessed great turnout during the past year, especially during the holiday and holiday seasons, where some facilities witnessed full occupancy, which embodies the high quality of services. Provided by the sector, which is among the best in the world.

He pointed out that the revitalization of domestic tourism is a fundamental pillar for achieving the full recovery of the tourism sector, and contributing to accelerating the achievement of economic recovery, and we have in the UAE many components of advanced infrastructure, modern facilities, services and various activities that support our efforts in this regard, and contribute to strengthening the position of the state as a destination. Tourist visitors from inside and outside the country.

Dr. Ahmed Belhoul Al Falasi confirmed that the next phase will witness the launch of more initiatives to continue the distinguished performance of the sector and enhance the chances of recovery. The launch of the domestic tourism strategy and the unified tourism identity of the UAE, and the “Most Beautiful Winter in the World” campaign launched by His Highness Sheikh Mohammed bin Rashid Al Maktoum, The Vice President, Prime Minister and Ruler of Dubai, "may God protect him," has formed a fundamental pillar in achieving these positive indicators at the local level at a time when the global tourism sector is still suffering from the repercussions of the spread of the virus in light of the restrictions imposed on movement around the world.

Dr. Ahmed Belhoul Al Falasi explained that these achievements in the tourism sector during the past year are the result of the concerted efforts of all concerned parties to upgrade the sector at the federal and local levels, in addition to the proactive measures that the UAE has taken to deal with the Corona crisis and limit its repercussions on public health. Especially in the keenness to conduct tests for the virus, as it is at the forefront of the countries of the world in the number of tests compared to the total population, which contributed to the existence of high rates of reassurance and confidence, and contributed to building a safe environment to receive tourists.

According to global statistics for the tourism sector, China ranked first in the world in occupancy rates of hotel establishments at a rate of 58%, followed by the UAE with second place with 54.7%, while the United States ranked third with an occupancy rate of 37%, Mexico with 32%, and Turkey with 30%. Thailand with 27%, the United Kingdom with 26%, Spain 23%, then Italy with 16%, and finally Germany with 12%.