In the US, Amazon employees have voted on whether they should be represented by a union in the future. At the end of the process, which lasted several weeks, the result is clear. However, critics accuse the company of manipulation. 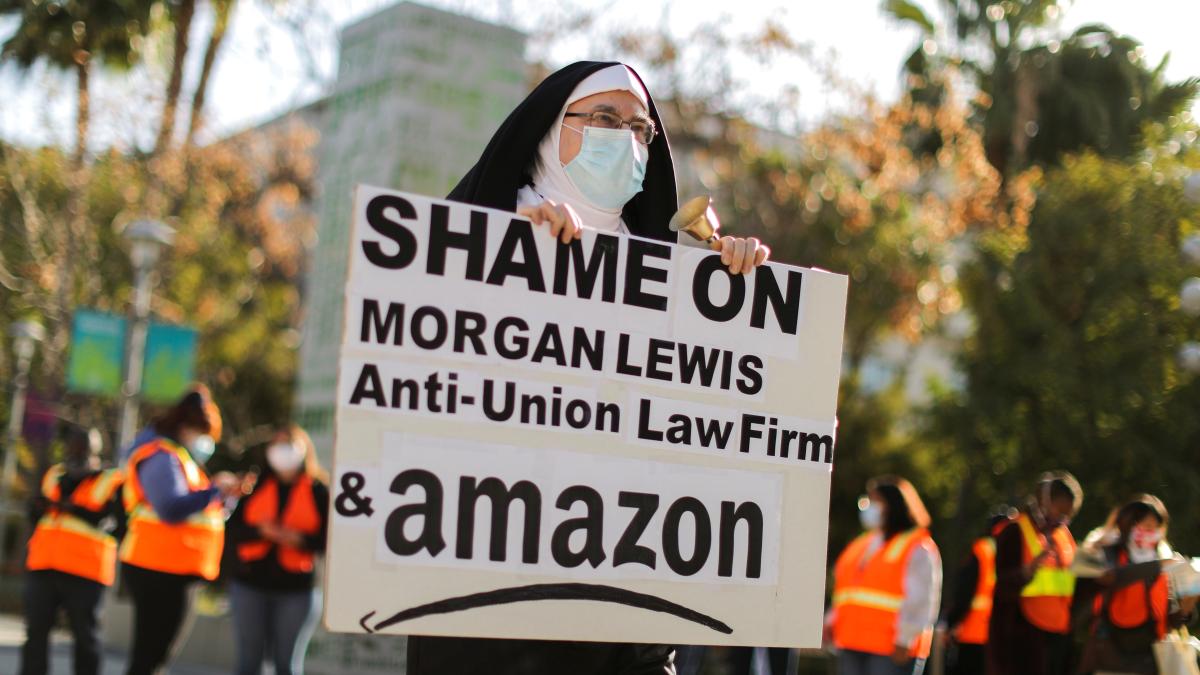 For the time being, there will be no union representation for employees at the US locations of the online shipping giant Amazon.

The majority of employees in a warehouse in Bessemer, Alabama, voted against the plan, as the responsible union authority NLRB announced on Friday.

However, the retail workers 'union, which campaigned for workers' representation in the camp, announced that it would challenge the result.

Amazon created an "atmosphere of confusion, coercion and / or fear of reprisals," it said.

The union had hoped that a positive vote in Alabama would subsequently lead to the establishment of employee representatives at other Amazon locations in the United States.

There are no such things up to now.

In the 26-year history of Amazon, US employees have tried to unionize only twice, and never with such force as this time.

55 percent of the almost 6,000 employees in Bessemer took part in the vote, which lasted several weeks.

Of the 3,117 votes cast, 76 were declared invalid and 505 were challenged by either Amazon or the union, the NLRB said.

This made it clear that there would no longer be a majority in favor of the union even if the contested votes all fell on the yes side.

However, the union requested a hearing from the NLRB to decide whether the outcome should be overturned entirely.

She accused Amazon of illegally manipulating the vote.

"We will not allow Amazon's lies, deception and illegal activities not to be challenged," said union chairman Stuart Appelbaum.

Amazon initially did not respond to the allegations.

While many companies were cutting jobs, Amazon brought half a million workers on board last year to cope with the flood of online orders.

The group has nearly 1.3 million employees worldwide, including more than 950,000 in the United States, where the company is the second largest employer.

Union organization in the USA differs from that in Germany - employees in a company can vote there in a majority decision on whether they want to be represented jointly by a union.

Amazon tried to convince workers to vote against union representation, arguing that the pay there was already more than double the minimum wage in Alabama and that they had health insurance - less common in the US than in Germany - without having to pay union dues.