The EU Commission wants to secure additional vaccination doses to protect citizens against virus mutations. The contracts are to be put out to tender in the next few days - also for vaccinations for children and adolescents. It boils down to a maximum of three manufacturers. 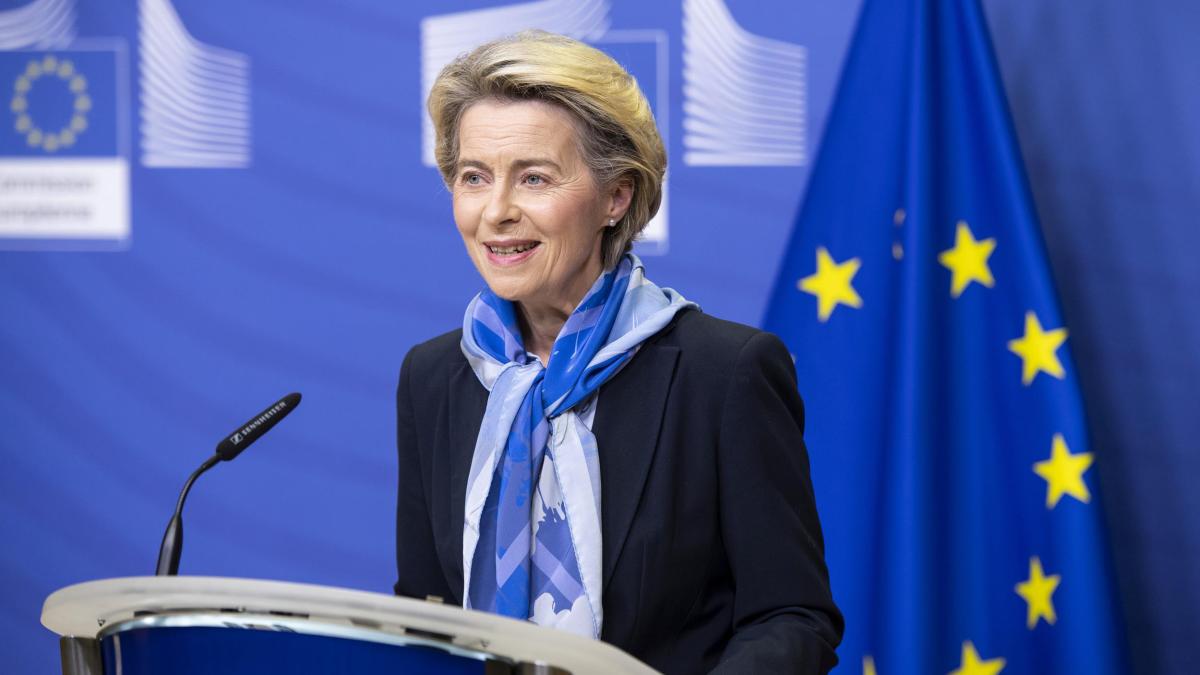 The vaccination campaign is still running in Europe, but the EU Commission already wants to order the booster vaccinations that will be necessary to protect the population against existing and future mutants.

Today, Friday, the authority presented its plans for corresponding preliminary contracts with major vaccine manufacturers to the member states.

WELT learned this from committee circles who are familiar with the negotiations.

The plans that Sandra Galina, Director General of the Directorate General for Health, presented to the so-called Steering Committee for Vaccine Orders, which includes representatives from all Member States, are already very detailed.

Accordingly, the Commission intends to conclude framework agreements for deliveries of around 900 million doses of second-generation vaccines.

In addition, the authority wants to secure an option for 900 million more cans.

The new framework agreements are intended to cover the vaccination doses required for booster vaccinations.

The first cans are to be delivered from this year, and more cans in the next two years.

The orders are also intended to cover vaccination doses for children and adolescents that are not yet included in the vaccination plans.

This affects between 70 and 80 million children and young people in the EU.

The Commission suggests that the Member States contact the companies in question in the next few days.

The corresponding pre-orders should then follow within a very short time when the companies' offers are available.

The Member States still have to agree to the negotiated plans presented today for this call for tenders;

that could happen relatively quickly, however.

The authority is also committed to the technology: Following scientific advice, they rely on vaccinations that use mRNA technology, according to the Commission's proposals.

This means that the circle of possible suppliers is very limited: there are currently three vaccines that use this technology: those from Biontech / Pfizer and Moderna are already in use in Europe, while those from CureVac are still in the approval process.

Further criteria for the new contracts narrow down the number of manufacturers that are eligible.

Manufacturers who are based in Europe as much as possible and who have as close and resilient supply chains as possible in Europe should be given preference.

They should also be able to deliver quickly.

At the moment only Biontech / Pfizer and Moderna can meet these requirements.

Biontech / Pfizer produces in Belgium and Germany, Moderna in Spain and Switzerland.

CureVac also produces in Europe, but the vaccine is not expected to be approved in Europe until June.

The narrow criteria for the tenders indicate that the Commission apparently wants to spread its orders less widely than before and instead relies on one, two or a maximum of three suppliers.

Commission circles say that Biontech / Pfizer is currently in a pole position for orders based on these criteria.

The European Commission, whose ordering policy has been heavily criticized in many member states in recent months, only concludes preliminary contracts with manufacturers in which it guarantees the companies certain purchase quantities.

The individual member states conclude the actual sales contracts with the manufacturers.

Each Member State is entitled to a proportion of vaccine doses for each advance order that corresponds to its population.