Egypt: discovery in Luxor of the "largest ancient city in Egypt"

An Egyptian archaeological mission has discovered the "largest ancient city in Egypt," dating back more than 3000 BCE, near Luxor in the south of the country. 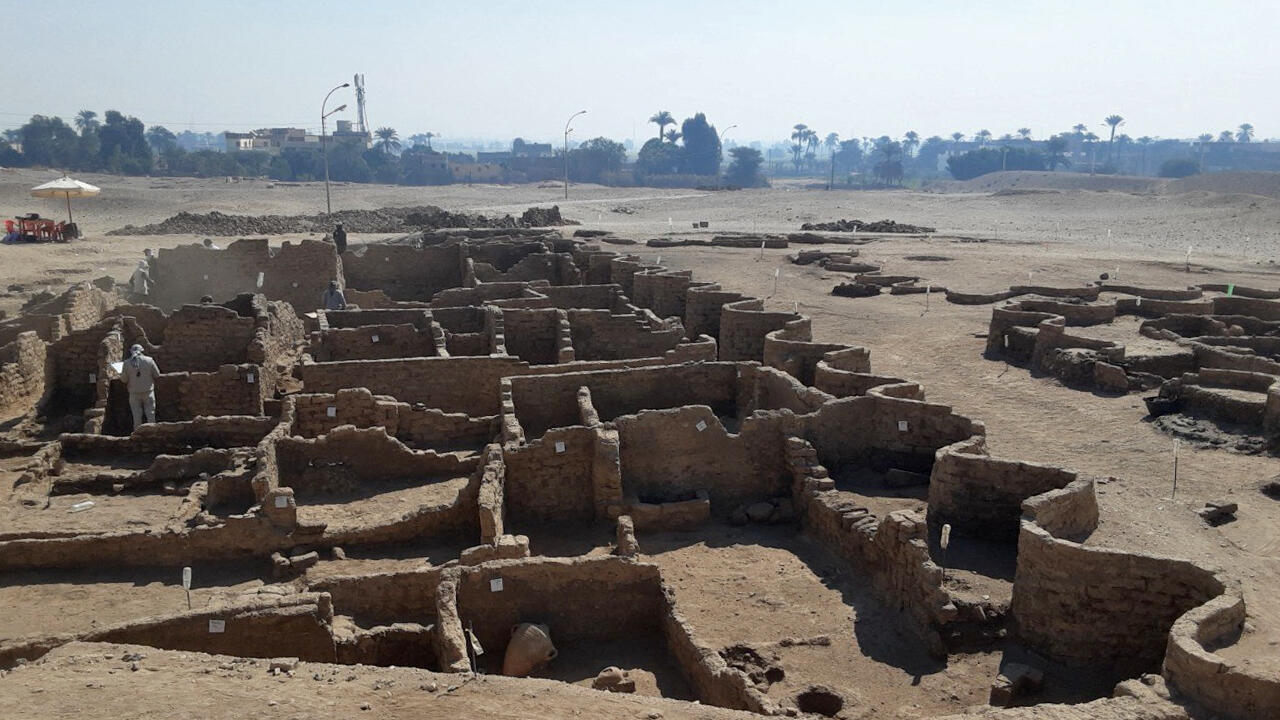 Egypt: discovery in Luxor of the "largest ancient city in Egypt"

An Egyptian archaeological mission has discovered the "largest ancient city in Egypt," dating back more than 3000 BCE, near Luxor in the south of the country.

The archaeological mission (...) discovered a buried city (...) which dates from the reign of King Amenhotep III and which continued to be used by King Tutankhâmon, that is to say

", affirms the archaeological mission in a press release.

Objects, including jewelry and pottery bearing his seal have been found in the city, confirming the dating.

the largest ancient city in Egypt,

The mission began its excavations in September 2020 between the temples of Ramses III and Amenhotep III near Luxor, about 500 km south of Cairo.

Within a few weeks, to the team's surprise, clay brick formations began to appear,

And the site is "

in a good state of conservation, with almost entire walls and rooms full of tools of daily life

The discovery of this lost city is the second most important archaeological discovery since the tomb of Tutankhamun,

" said Betsy Brian, professor of Egyptology at Johns Hopkins University in the United States, also quoted in the press release.

In particular, it will allow "

The city is made up of "

three royal palaces (...) as well as the administrative and manufacturing center of the Empire

But archaeologists also unearthed a “

Restore the image of the country thanks to its archaeological heritage

This is timely news for the Egyptian authorities who are seeking to improve the image of the country, while tourism, a key sector, has been undermined by the global Covid-19 pandemic.

Egypt seeks to bring back visitors, in particular by promoting its ancient heritage.

passed through Cairo in a spectacular parade to reach the National Civilization Museum.

A ceremony chaired by the Head of State Abdel Fattah al-Sissi and by Unesco and World Tourism Organization officials.

: in Egypt, the great return of the “pharaonic” feeling

Framed by a mounted guard, the first black chariots adorned with golden and luminous patterns reminiscent of ancient funeral boats (our photo) left at 8 p.m. (6 p.m. UT) Tahrir Square and the Cairo Museum, where the mummies had rested for more than 'a century.