OAG International, which provides airport and airline data, revealed that airlines operating in the UAE airports will operate a total of about 645,000 seats on flights this week, which began on April 5, compared to about 640,000. Mq 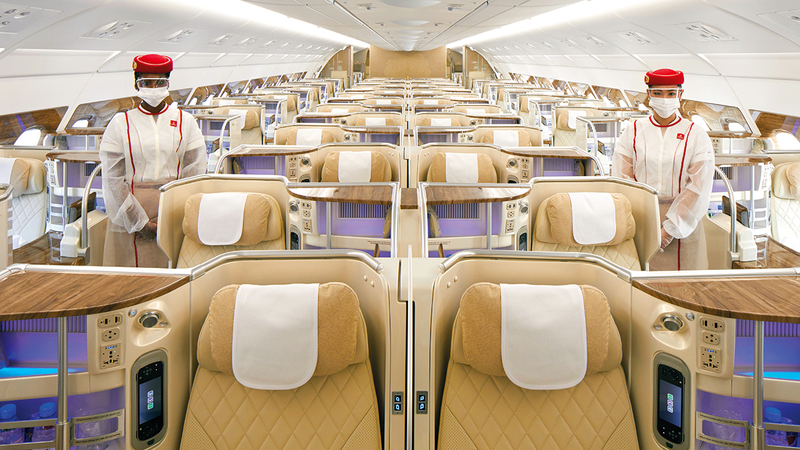 645 thousand seats on flights this week

OAG International, which provides airport and airline data, revealed that airlines operating in the UAE's airports will operate a total of about 645,000 seats on flights this week, which began on April 5, compared to about 640,000. A seat in the previous week, with a growth rate of about 0.7%, which is considered the highest in seat capacity since the start of the "Covid-19" pandemic, and restrictions on movement at the country's airports.

Corporation data, of which Emirates Today obtained a copy, showed that airlines in the Middle East region will operate more than 2.3 million seats this week, with a growth rate of about 0.6%, compared to the previous week, pointing out that the UAE market has acquired more Of 27% of the total capacity occupied by airlines in the region as a whole.

The corporation stated that airlines operating in the UAE airports occupied 2.3 million scheduled seats during February 2021, compared to 2.6 million seats in March 2021 as a whole, with a growth rate of 13%.

The rate of growth in seat capacity on flights reached about 374% this week, compared to the week that began on March 30, 2020, when airlines occupied that week about 135,000 seats.

Globally, airlines continue to add and schedule more seats within their operations, with continuous growth for eight weeks in a row, indicating that it registered 63.2 million seats this week, the highest point in more than a year.

She explained that despite the positive indicators for this week, some markets may continue to show decreases in capacity, pointing to indications of a decline in seat capacity during the recent period, showing a shift in the coming period, with airlines adding about 14 million additional seats for the month of August.

However, she said, global capacity is still 40% below pre-Covid-19 levels, while two major markets, Western Europe and South America, are struggling to catch up with other regions.