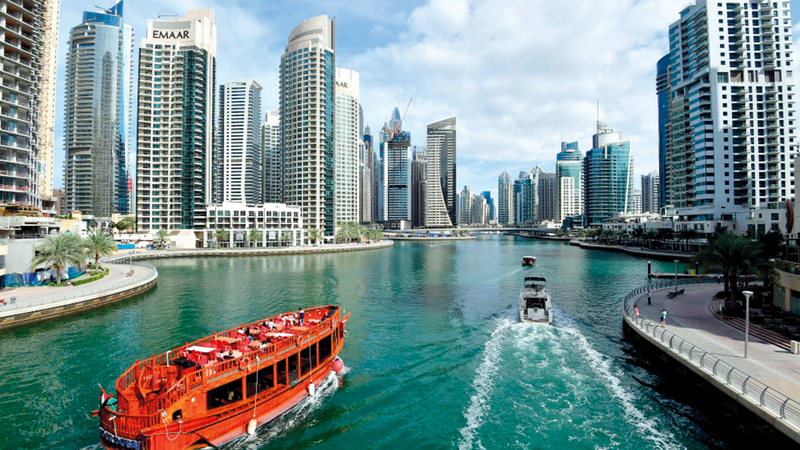 The report of the platform, which counts real estate transactions on a daily basis, stated that March 2021 alone recorded 4,643 deals with a total value of about 10.93 billion dirhams, an increase of 22% compared to the previous February in terms of volume, and 47% in value.

The director of research and data at the "Property Finder", Lynette Abad Sacheto, said that the increase in the number of real estate transactions on the map has exceeded 30% during the past two months, which shows a significant increase in investor sentiment and the positive outlook for the market.

She added, "We saw developers launch new phases within their current projects, especially in the (villas / townhouses) segment, which were sold within hours," stressing that individuals, end users and investors alike are returning to investing again significantly. In the future of Dubai.

The report, "Property Finder", indicated that the interesting factor last March was that the average value of real estate transactions "on the map" rose by 24.6% on a monthly basis, while secondary real estate increased by 21.5%.

In turn, the total value of real estate on the map, when compared between March 2021 and the previous February, jumped by 70%, while secondary real estate increased by 41%.

Sales of apartments and villas

As for residential apartments, the Business Bay area recorded the highest percentage of sales transactions, accounting for 10.7%, followed by Dubai Marina, which recorded 9.3%, and then JVC (8%), while JLT recorded »7.6%, and« Palm Jumeirah »7.2%.

As for residential apartments during the same period, attention was focused on "Downtown Dubai", "Palm Jumeirah", "Business Bay", and "Jumeirah Village Circle".