Lebanon: meeting with a money changer, who benefits from the serious financial crisis

Lebanon is experiencing one of the worst financial crises in its history. Wages have been divided by ten as the Lebanese pound collapses against the dollar. It is now almost impossible ... 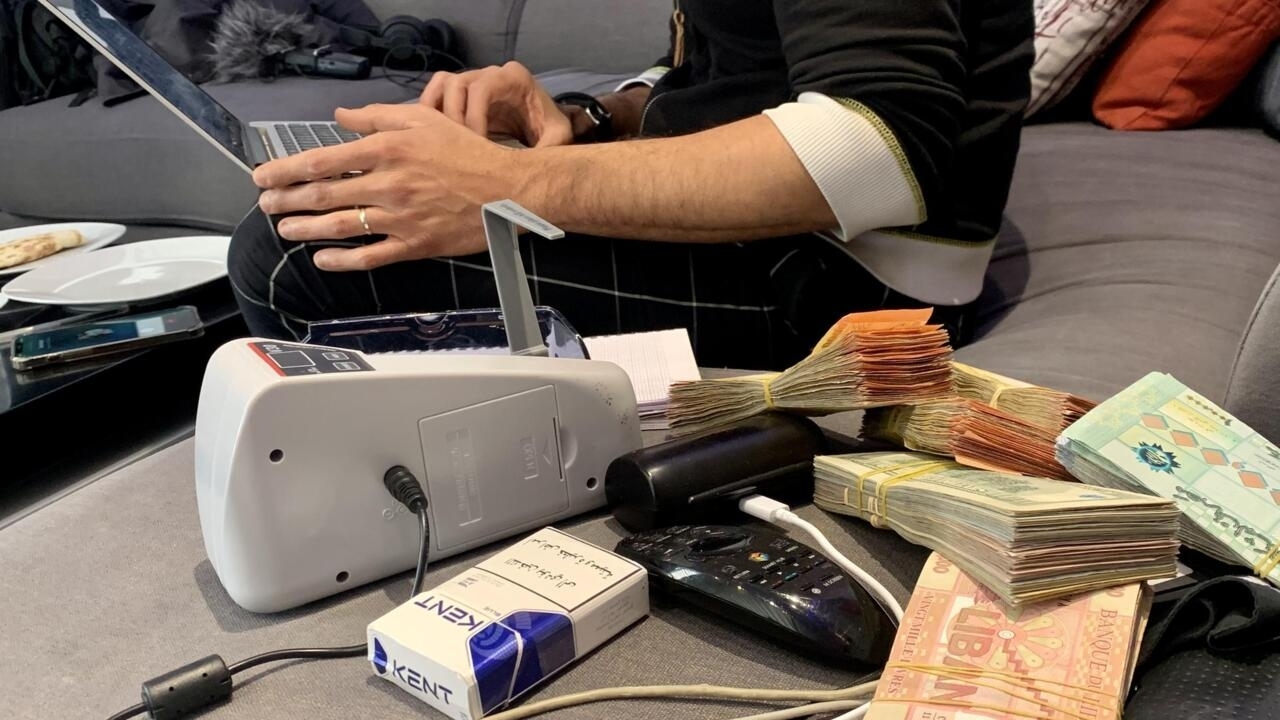 Lebanon: meeting with a money changer, who benefits from the serious financial crisis

Samer, Lebanese money changer, with the necessary equipment for his illegal activity.

Lebanon is experiencing one of the worst financial crises in its history.

Wages have been divided by ten as the Lebanese pound collapses against the dollar.

It is now almost impossible to withdraw money from banks.

At the same time, the black market is booming.

Businesses now use this rate for transactions.

The official fixed rate of 1,500 pounds to the dollar is a distant memory, with the dollar actually trading for around 13,000 pounds on the black market.

Meeting with an unofficial money changer who is taking advantage of this crisis.

A machine for counting bills, tens of dollars on a couch, and a phone that keeps ringing: this is what Samer's illegal bureau de change * looks like.

From his luxurious apartment, he carries out hundreds of transactions a day. His employee will then deliver the money to customers' homes.

These are ordinary people, companies who want to buy things in dollars, people leaving the country, and even people who hold big positions in government.

Banks are no longer able to provide enough money to their customers.

So now the banks are us,

Using an application accessible to all, Samer follows the exchange rate in real time: “

It is very weak.

But we make money, because we brew large amounts.

► To read also: Why Lebanon is sinking into the economic crisis

"I feel happy and sad at the same time"

This business is very lucrative: this former employee of the banking sector now earns 10,000 dollars a month.

This is 100 times more than the average salary.

The situation of 95% of the Lebanese is getting worse, and at the same time, I am making a lot more money than before.

So I feel happy and sad at the same time.

Happy because I can survive, keep my standard of living.

Recently, President Michel Aoun accused the money changers of being party responsible for the depreciation of the Lebanese pound.

", answers Samer, who assures that the black market rate reflects more or less the reality of an economy at the end of its rope.

The name has been changed, with the man facing jail if arrested.

Lebanon: the army drawn into the economic crisis

Crisis in Lebanon: more and more inhabitants now find it difficult to eat