Real estate: how the pandemic is changing the office world

The rental business on the office market is stalling. Many companies are looking for more flexible space because of the home office trend. But they are rare. The turn of the year could already usher in a new era of work in a number of companies. 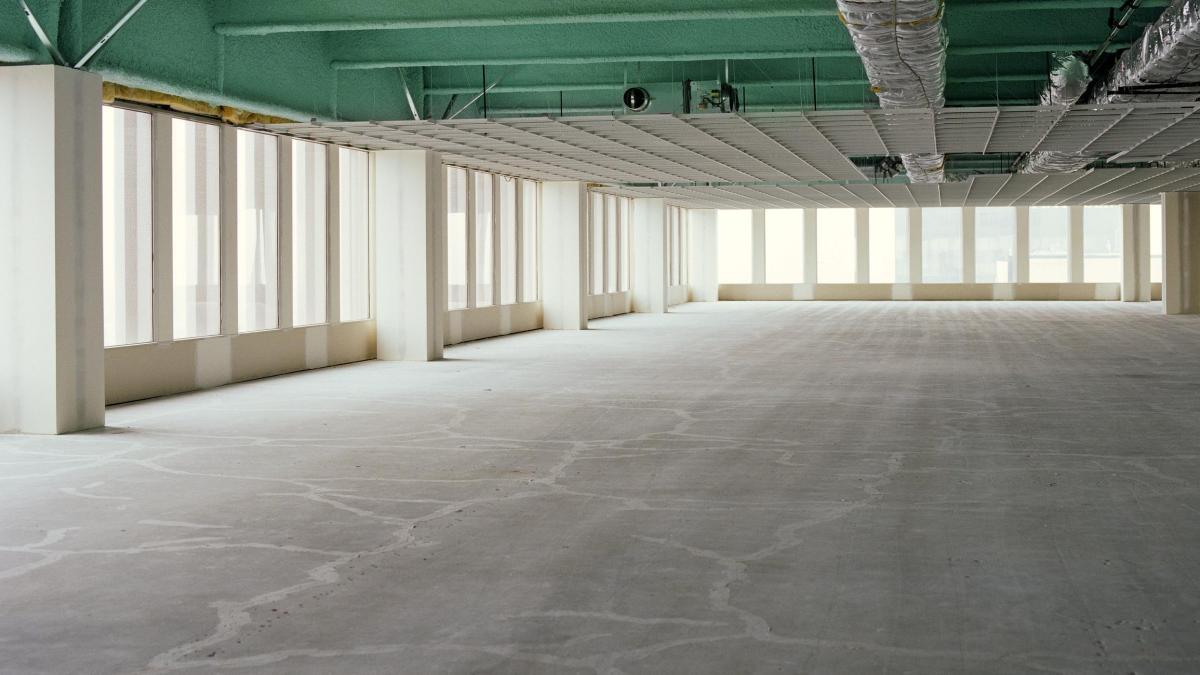 The building permit was only granted last December.

And by the end of January, 90 percent of the office space was rented.

Things are going very well for the Ovum project - an ensemble of five building complexes with a total of around 27,600 square meters of rental space, which the project developers Alfons and Alfreda from Düsseldorf and Fay Projects from Mannheim are pulling up in the Braunsfeld district of Cologne.

"Under the currently difficult conditions, such a fast, extensive leasing is a major milestone for the project," says Clemens Rapp, Managing Director of Fay Projects.

Such rapid marketing of new office space is anything but a matter of course at the moment.

In total, leases for 2.55 million square meters of office space were either signed or extended in the seven largest German cities last year, as the real estate consultancy Colliers International has determined.

But: "Compared to the previous year, this corresponds to a decrease of almost 35 percent," says Stephan Bräuning, Head of Office Letting at Colliers International in Frankfurt.

The reason is clear: "The business is suffering from pandemic-related uncertainty among companies."

Little has changed at the beginning of this year.

"The number of rental inquiries has decreased significantly due to Corona," says Mareike Lechner, member of the board at the Berlin project developer Immobilien -expert-Ag.

"It's like a lot of companies have hit the pause button."

However, companies did not hold back from renting new space because they did not know whether a third wave of infections would lead to a new lockdown, says Thomas Beyerle, chief researcher at the real estate consultancy Catella.

"The question is to what extent the pandemic will change the world of office work in the long term."

So far, it has not been possible to predict to what extent employees would want to work at home one or even several days a week in the home office, or whether business trips will largely be replaced by video conferences over the Internet in the future.

However, this is crucial for determining the long-term need for office space.

“In some consulting firms, before the pandemic, more than half of the employees were on business trips several days a week,” says the researcher.

"That will no longer be the case, at least for the foreseeable future."

In addition, it is not yet foreseeable whether new workplace regulations will be issued in the future or implemented by trade unions and works councils, which would mean that companies would have to let their employees work at a greater distance from one another.

"Many companies calculate that the desks will be one meter further apart in the future and that the meeting rooms will have to be enlarged," says the researcher.

"This would increase the space requirement by ten to 15 percent, even if more employees would work from home one or two days a week than before the pandemic."

“In Hamburg only one deal was registered last year for the rental of an area of ​​10,000 square meters,” says Heiko Fischer, head of the branch of the consulting company BNP Paribas Real Estate in the metropolis on the Elbe.

Modern room solutions instead of standard

The upheaval in the office market is currently still taking place in secret.

Numerous companies are currently negotiating follow-up leases with their office landlords or are looking for new space.

“They are looking for modern space that they can both expand and reduce at short notice if necessary.” Since hardly any owner can fulfill such wishes, only a few contracts have been signed since the beginning of the year.

In the medium term, however, landlords would have to start offering companies flexible usage concepts in their buildings.

"The demand for it is increasing and will change the office market significantly," says Hans-Joachim Lehmann, managing director of the Hamburg real estate investor Warburg-HIH Invest.

"On the wish list are modern room solutions with innovatively designed work and conference areas as well as comfortably designed retreats."

On the other hand, some start-ups and medium-sized technology companies have problems finding suitable space due to the slow expansion of the digital infrastructure in the country.

"Although these companies are already proactively looking at the opportunities of the post-Corona period, they are relying on further digital networking," says Lechner, the real estate expert board member.

This helps the Berlin project developer with the pre-letting for his campus "Am Oktagon" in Berlin-Adlershof.

“The 5G network, which will be the first campus network in Berlin to go live in Adlershof this year, is an advantage for us,” says Lechner.

Although the complex will not be completed until 2025, 30,000 of the total of 85,000 square meters of office space are already rented.

At the same time, the clock is ticking for the tenants.

"At the end of the year, the ten-year leases concluded in 2011 after the financial crisis will expire," says Researcher Beyerle.

"In the banking metropolis of Frankfurt alone, around 20 percent of all current office leases will end."

The users would therefore have to agree with the owners by early autumn on whether and under what conditions the contracts should be extended - or decide to rent a new space.

“In the second and third quarters of this year, significantly more new and follow-up leases will be concluded,” says Beyerle.

Letting activity in Berlin picked up sharply in the last quarter of last year.

Leases for a total of 231,000 square meters were signed between the beginning of October and the end of December, says Colliers leasing manager Lehmann.

Due to the final spurt, the total letting volume of the past year adds up to 734,000 square meters.

The public sector has made a major contribution to this.

In 2020, Deutsche Rentenversicherung even completed the largest lease in the past decade: It signed a contract for 85,000 square meters in the “Cule” office complex.

As in Frankfurt, leases that expire in Berlin this year are likely to give the market an additional boost, says Lehmann.

Home office vs. workplace in the office - which is better?

Home office is on everyone's lips.

While companies are thinking about reducing office space and thus saving costs, not all employees are really convinced of it.