Diesel scandal: The poker for the millions of Winterkorn's insurance

Volkswagen is demanding compensation from former CEO Martin Winterkorn. But in reality, the group has the insurance of the previous boss in its sights. There would be a lot more money to be had there. The interests of VW and Winterkorn are amazingly congruent. 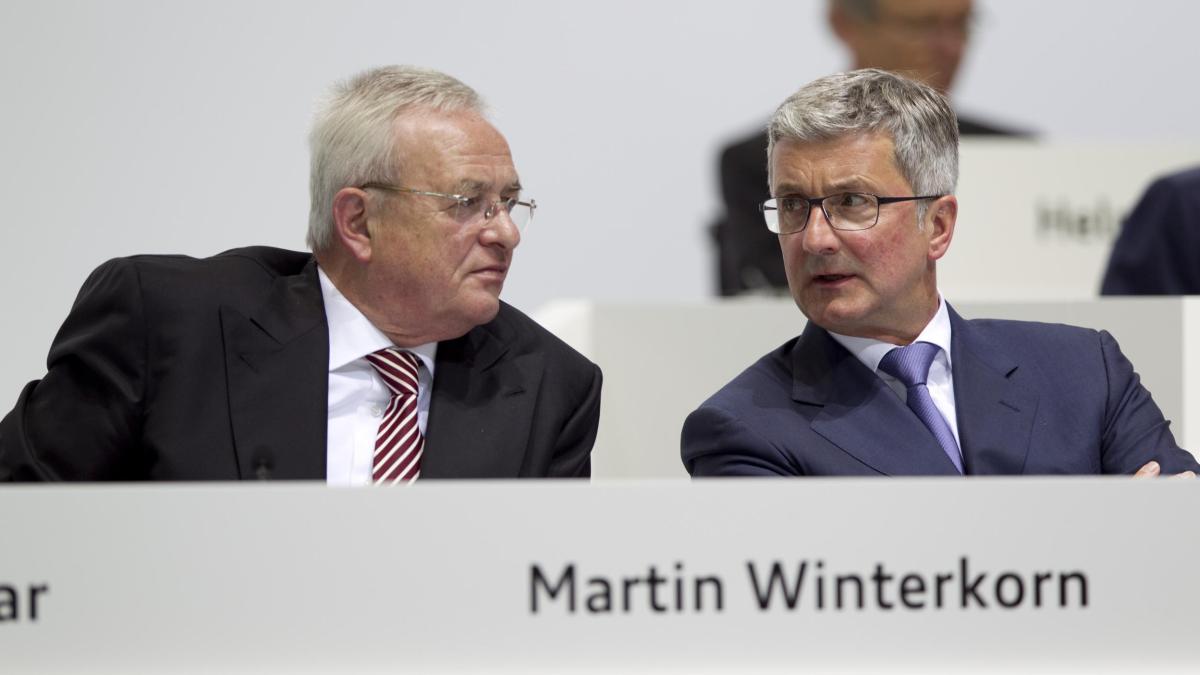 Martin Winterkorn's lawyers are obviously prepared: When Volkswagen announced at noon on Friday that the Wolfsburg-based carmaker was demanding compensation for the diesel scandal from the former CEO and several other ex-managers, it only took a few minutes for the lawyers to enter Have a statement circulated on behalf of your client.

Winterkorn regrets the decision of the VW supervisory board to hold him liable, write Kersten von Schenck and Felix Dörr.

"He rejects the allegation made against him," it continues.

"He is convinced that in the short period of time in late summer 2015, which is still under discussion here, he did everything necessary and did not neglect anything that would have led to the avoidance of the damage or to reduce it."

VW and Winterkorn have a common opponent

But what sounds like a confrontation between Winterkorn and his former employer is strangely relativized in the following sentences.

The ex-CEO lets his lawyers understand the decision of the VW inspectors that Winterkorn is “aware that the supervisory board is legally obliged to examine possible claims and, if necessary, assert them,” it continues.

"He will therefore seek clarification of these questions in a dialogue with Volkswagen AG." This dialogue has obviously already begun, otherwise the lawyers would hardly have been able to react so quickly to the communication from the Wolfsburg-based group.

Behind the scenes, all signs point to understanding.

Especially since Winterkorn and VW have a common opponent on closer inspection: the insurance of the former CEO.

After all, not even a former high earner like Martin Winterkorn can pay for the damage VW sustained as a result of millions of frauds involving manipulated diesel engines.

The scandal has already cost the company more than 30 billion euros, a gigantic sum.

But at least half a billion euros can possibly be got through the so-called D&O insurance, a manager's liability policy, which VW had taken out for Winterkorn and other board members.

But it depends on the responsibility of the CEO.

Because should Winterkorn be proven to have committed fraud, the insurance would not take effect, it only has to pay for negligent mistakes by the manager.

And that's exactly what VW Winterkorn is accusing of.

For this purpose, the Supervisory Board refers to an expert opinion by the law firm Gleiss Lutz, which has now come to the conclusion, more than five years after the scandal became known, that there are “negligent breaches of the duty of care under stock corporation law”.

It is by no means a matter of the fact that Winterkorn knew early on about the installation of the manipulation software or could even have ordered it.

Rather, one assumes at VW only that the CEO in the period between July 27 and September 2015 “failed to explain the background to the use of impermissible software functions in 2.0 I TDI diesel engines that were implemented in the years 2009 to 2015 North American market were to be clarified immediately and comprehensively, ”said the VW supervisory board's announcement.

"In addition, Prof. Winterkorn failed to ensure that questions posed by the US authorities in this context are promptly and truthfully and completely answered." With this, VW is not only building a golden bridge to Winterkorn with the help of its insurance and a possible Paying millions as a kind of deductible to get out of the matter.

By assessing fault as little as possible and, above all, limiting it to a short period of just a few weeks in 2015, it does not make it much easier for investors who are demanding compensation from VW for the price plunge they suffered due to the Dieselgate scandal.

It remains completely unclear why VW is now making its claims against Winterkorn, the former Audi boss Rupert Stadler and some other ex-brand boards of Porsche and Audi.

It became clear early on after the scandal became public in autumn 2015 that the managers would have to be held liable.

In the company, however, reference was made, among other things, to the ongoing criminal investigations.

But this process is still ongoing.

The Braunschweig public prosecutor's office has in the meantime brought charges against Winterkorn, but the start of the trial has just been postponed a second time.

Lawyers who are working intensively on the case believe that both VW and Winterkorn could have an interest in reaching an out-of-court settlement as quickly as possible and thus send a signal to the criminal judge.

Because neither the ex-CEO nor the group have an interest in convicting Winterkorn for fraud.

In addition to the penalty then due for the ex-manager, this would also make negotiations with the liability insurance much more difficult.

After all, they would not have to pay premeditated.

In expert circles, it is therefore unlikely that in the end the full coverage of the D&O policy could actually flow.

Instead, you will probably agree with the insurance company on a comparison and thus a lower sum.

Volkswagen shareholders would then have to approve the overall package at a general meeting.

However, since the Porsche and Piëch families have a majority of votes there and the clan is also likely to have an interest in an end, nothing should stand in the way of an agreement.

Every morning from 7 a.m. with WELT financial journalists.