Travel restrictions lifted: Mallorca will no longer be a corona risk area from Sunday

Off to the Mediterranean during the Easter holidays: What was just a dream for many for a long time is now possible. For the most popular holiday destination abroad, there is no quarantine requirement on return. There are still no prospects for holidays in Germany. 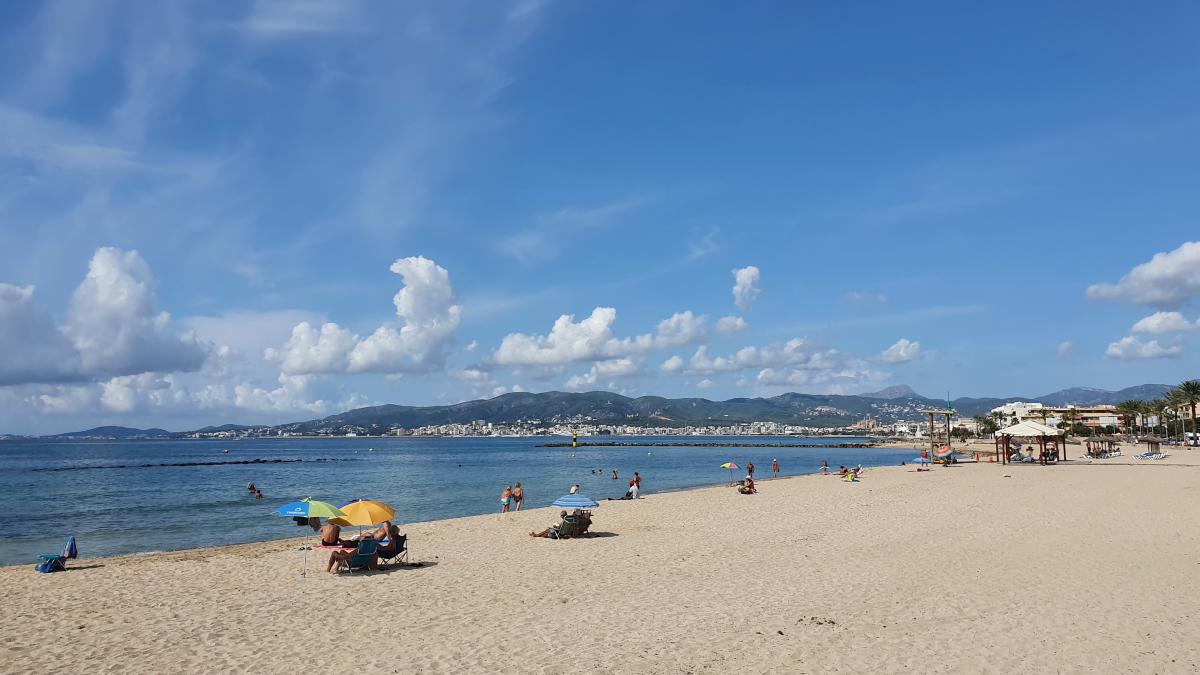 Due to the sharp drop in the number of corona infections, the federal government is lifting the travel restrictions for Mallorca.

As of Sunday, the most popular holiday island for Germans, like the other Balearic Islands and some Spanish mainland regions, is no longer a risk area, as the Robert Koch Institute announced on Friday on the Internet.

Linked to this is the lifting of the travel warning issued by the Federal Foreign Office.

This means: Holidays on Mallorca are possible again without quarantine and without the obligation to test after returning.

From Sunday, this will also apply to large parts of Portugal, which has so far been classified as a virus variant area with particularly strict rules.

For the entire northern half of the country (regions Norte and Centro) including postage, the travel restrictions are completely eliminated - including the transport ban for airlines.

The particularly popular south coast of the Algarve, the Atlantic island of Madeira and the capital Lisbon are still considered "normal" risk areas.

Anyone entering Germany from there will have to be in quarantine for ten days in the future, but this can be shortened after five days with a negative test.

The decision of the federal government sends out an important signal, especially with a view to the Easter holidays that begin in two weeks in most federal states.

Because it is still completely unclear whether vacation in Germany will then be possible.

Hotels are still closed all over Germany, Chancellor Angela Merkel and the state ministers will not discuss possible openings until March 22nd.

In their most recent decision of March 3, the federal and state governments appealed “urgently” to all citizens to refrain “from travel that is not absolutely necessary at home and abroad”.

On Mallorca and the other Balearic Islands such as Menorca, Ibiza and Formentera, the number of infections is far below those of all German federal states.

With a good 21 new infections per 100,000 inhabitants within seven days, the archipelago, which had the worst numbers in Spain for a long time in December and January, is now one of the regions with the best values.

The limit value for classification as a risk area is 50.

The tour operators have been waiting longingly for the Balearic Islands to be removed from the risk list.

"The hotel industry has prepared intensively to offer safe and responsible holidays," said Tui Germany boss Marek Andryszak this week on the occasion of the International Tourism Exchange.

Most of the hotels in the Balearic Islands are currently closed due to the winter and the pandemic.

In Mallorca's capital Palma, for example, only 19 out of a total of 72 hotels are currently open.

Since the beginning of March, restaurants, cafés and pubs have been able to reopen their outdoor areas until 5 p.m. during the day.

On the Spanish mainland, the coastal regions of the Valencian Community and Murcia with popular holiday destinations such as Benidorm, Calpe, Javea and Denia are “risk-free” from Sunday, and inland Extremadura, La Rioja and Castile-La Mancha.

Last week, the Istria peninsula on the Croatian Adriatic was the first holiday region abroad to be removed from the risk list.

For the popular holiday regions in Greece, Italy, France, Austria or Turkey, on the other hand, the quarantine obligation on return still applies.

In addition to the changes in Spain and Portugal, the following new classifications will apply from Sunday:

- The French Caribbean island of Guadeloupe and a region in Finland are declared "normal" risk areas.

- The Bahamas in the Caribbean and Nordjylland in northern Denmark are no longer risk areas as of Sunday.