Can I still buy a 5G mobile phone with a budget of less than 1,000 yuan? This year may be difficult

China-Singapore Jingwei Client, March 11 (Chang Tao) recently reported that there will be significant contradiction between upstream supply and downstream demand in the domestic mobile phone market in 2021, and there will be pressure on the cost of 5G mobile phones to drop to 1,000 yuan. Does this mean that consumers will no longer be able to buy 5G mobile phones with a price of less than 1,000 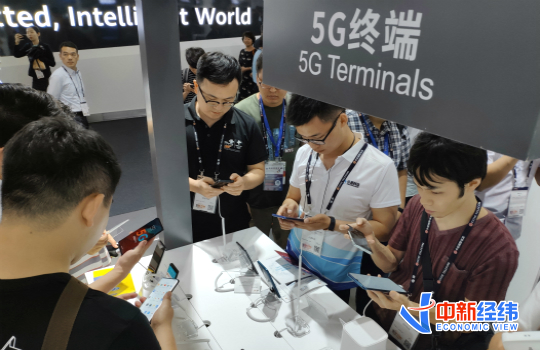 China-Singapore Jingwei Client, March 11 (Chang Tao) recently reported that there will be significant contradiction between upstream supply and downstream demand in the domestic mobile phone market in 2021, and there will be pressure on the cost of 5G mobile phones to drop to 1,000 yuan.

Does this mean that consumers will no longer be able to buy 5G mobile phones with a price of less than 1,000 yuan in 2021?

Is it difficult to reduce the price of 5G mobile phones?

The above white paper pointed out that the development of the domestic mobile phone market in 2021 will face favorable factors, such as the gradual recovery of the economy and the return of consumption to pre-epidemic levels; the introduction of 5G chip solutions for high, middle and low prices.

But the unfavorable factors are also obvious. The main two are the significant contradiction between upstream supply and downstream demand and the pressure on 5G mobile phone costs to drop to 1,000 yuan.

Previously, 5G mobile phones with a price of less than 1,000 yuan have appeared on the market, such as the realme Q2i released in October 2020, which is priced at 998 yuan.

According to previous industry forecasts, there will be a large number of thousand yuan 5G mobile phones in 2021.

With the changes in the upstream and downstream supply and demand situation, will consumers still be able to buy 5G mobile phones with a price of less than 1,000 yuan in 2021?

Independent telecommunications analyst Fu Liang told the Sino-Singapore Jingwei client that it is an inevitable trend that 5G mobile phone prices will continue to fall in 2021, but the decline will be smaller and the rate of decline will slow down.

Chips are in short supply, will the price of 5G mobile phones increase?

What is the reason for the pressure on the cost of 5G mobile phones to drop to 1,000 yuan?

Fu Liang believes that the main reason is that the 5G consumer market has matured too quickly, while the technology and industrial chain have not matured.

In fact, in the past period of time, around 5G mobile phones, "chip shortage" is one of the hot words.

Lu Weibing, president of Xiaomi China, said on Weibo that “the chip is too short this year, not a shortage, but an extremely lacking.” There are also related mobile phone manufacturers that said, “the industry is out of stock, and it is common.”

When the message is delivered to the consumer, their most direct response is: Will the price of mobile phones increase as a result?

Fu Liang said that overall, the average price of 5G mobile phones will still rise, but consumers will not have a strong perception.

"The increase in average price is not caused by the shortage of chips, but driven by the replacement of mid- and low-end mobile phone consumers."

Fu Liang analyzed that the shortage of 5G mobile phone chips will be difficult to alleviate in the first half of 2021. At present, mobile phone manufacturers are already doing some technical callbacks and chip selection is more diversified to achieve price differentiation.

On the other hand, in order to realize the differentiation of the new machine released recently, the design and experience are also "brained".

For example, the vivo S9 refreshed the record of the brand's thinnest 5G mobile phone with the all-round upgrade of the hardware configuration. The body thickness of the midnight blue color scheme is only 7.35mm and the weight is only 173g.

China Mobile said that SA (independent networking) terminals will be fully popularized in 2021. Starting from March 1, 2021, newly-listed mobile terminals will have the SA function turned on by default, and SA switches are not allowed.

Also worth noting is the use of the 700MHz 5G network.

Fu Liang said that for mobile users, they should pay attention to whether they support 700MHz when buying 5G phones in 2021.

If it is not supported, there may not be a network in some places.

This means that the current domestic 700MHz spectrum resources are occupied by China Radio and Television and China Mobile.

A reporter from China-Singapore Jingwei noted that Zhang Yunyong, a member of the National Committee of the Chinese People's Political Consultative Conference and general manager of China Unicom's product center, once spoke about 700MHz during the two sessions in 2021.

Zhang Yunyong believes that the breadth and deep coverage characteristics of 700MHz spectrum resources and the FDD (Frequency Division Duplex) system bring delay advantages, which can greatly reduce network deployment costs and construction difficulties, and better meet the delay, coverage and security requirements in rural areas High 5G key scenarios, but unbalanced distribution will result in a huge gap in the ability of operators to provide 5G inclusive services in rural areas, and aggravate industry imbalances.