"There are too few female models": in start-ups, women seek support

Parity in companies is progressing in France but some sectors are lagging behind. This is the case with tech, where only one in five start-ups has a woman among the founders. On this International Women's Rights Day, Europe 1 gives the floor to Lara Khanafer, who founded her start-up and wants to serve as a model for young girls. 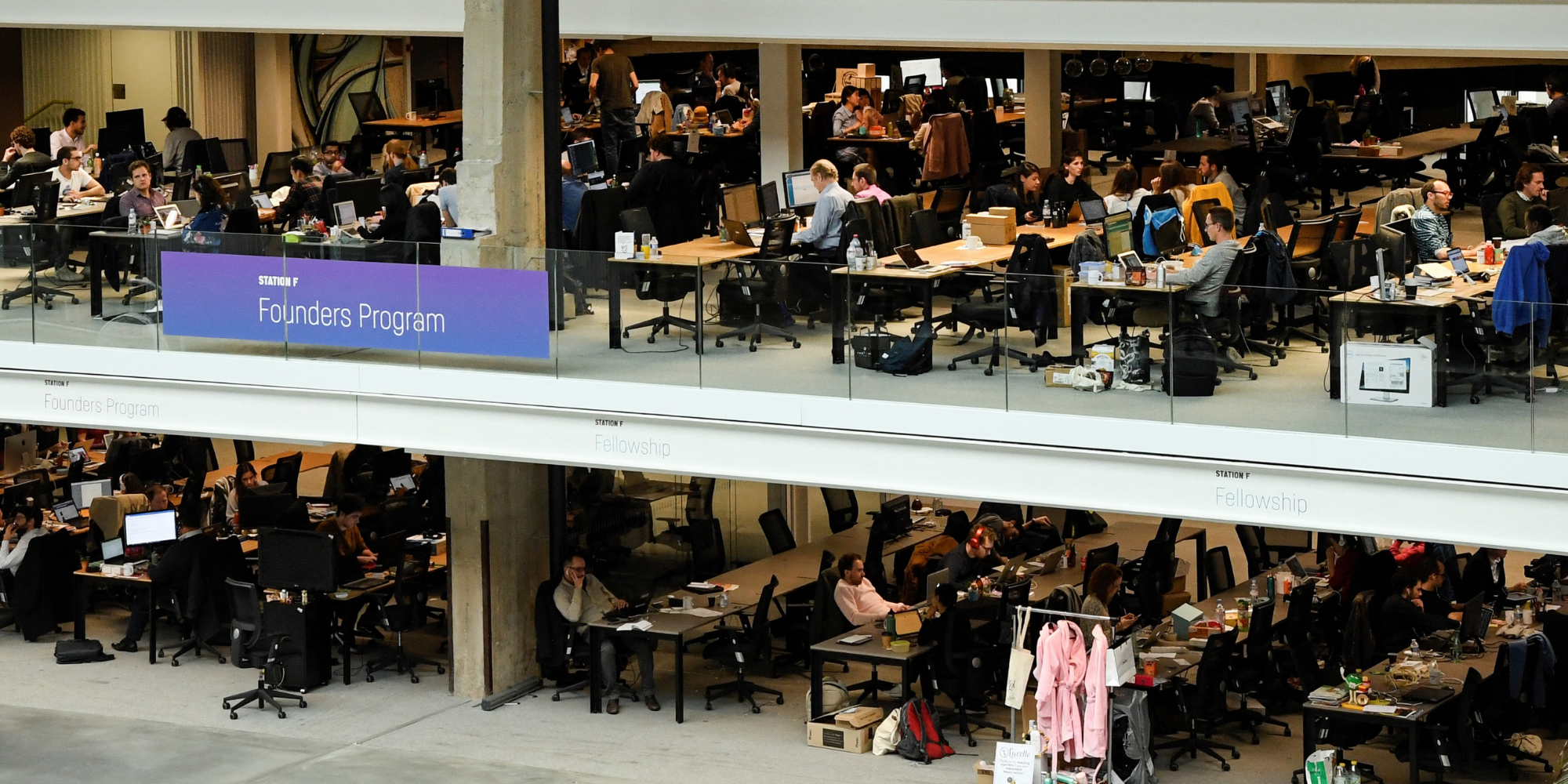 Parity in companies is progressing in France but some sectors are lagging behind.

This is the case with tech, where only one in five start-ups has a woman among the founders.

On this International Women's Rights Day, Europe 1 gives the floor to Lara Khanafer, who founded her start-up and wants to serve as a model for young girls.

And among these rights, there is the right to equal representation and treatment in companies.

This problem is progressing year after year in France, even if it remains rather slow in the large groups.

Tech is regularly singled out for being late.

Only 4% of start-ups founded in 2020 were founded by women, and 17% by mixed teams, according to the annual barometer of Sista and the Boston Consulting Group.

"It's a shame that there are very few women in tech," laments Lara Khanafer, founder of the start-up Kara.AI.

At the microphone of Europe 1, she calls on young girls to join her.

A situation that is slowly improving

Now 35 years old, Lara Khanafer has behind her a long career in the French tech ecosystem: import-export of computer hardware, headhunter, passage through professional software publishers ... "J ' have always worked with a lot more men, I was always in the top 10% of women in the places I have been. As such, it was not a problem for me. The only time I was I felt it was when I had a child. There, we feel that we are a woman, "recalls the entrepreneur.

"What is changing is that we talk more and more about the place of women. We talk about it among ourselves, there is a lot of solidarity between women but also between men and women in this environment," notes Lara Khanafer.

Finally, two years ago, she decided to create her start-up, a company that provides sales management software for salespeople.

"It allows you to have influence because the voice of the company, when you communicate, is mine, that of a woman," she says.

The entrepreneur created a thriving start-up, now made up of seven people: the co-founder, her two partners and four employees.

Lara Khanafer is the only woman.

This did not prevent him from developing his business and successfully raising funds.

“When I set up my company, the biggest obstacle was not having a female model. It's important to have people who look like us, who we can relate to. And there are very few women who can be inspired by tech, ”she regrets.

"The women who inspire me the most, I find them in literature ..."

Where men can draw inspiration from Steve Jobs, Bill Gates, Mark Zuckerberg, Elon Musk and loads of other bosses glorified for their successes, women must be content with Sheryl Sandberg, COO of Facebook and one of the rare figureheads in feminine tech.

"It's too little and too far for us. I know this environment well, I master the codes. But this is not the case for those who are just starting out. By creating my start-up, I also wanted to remedy this problem of models. I want to show young girls that tech is an accessible world, "insists Lara Khanafer.

A social debate necessary for the future of tech

The boss of Kara.AI also wants to challenge the clichés that sometimes surround the world of start-ups.

"It is not because there are not many women that it is a macho environment. I do not know of any company that does not want to recruit women, on the contrary", assures- she.

For the entrepreneur, the place of women is a debate that goes well beyond the world of work.

"Rather than pointing the finger at companies, we must question at the level of society why there are too few women in certain sectors or in managerial positions," said Lara Khanafer.

For her, the lack of women in tech creates bias.

"The applications that we use every day are only thought of by men, it's problematic. This is where the present is being made, and the future too. It would be a shame if half of the of the population does not participate ", laments the boss.

"Globally, we need more diversity of gender but also of social origin in all the speeches we hear."

So what would she say to a young girl who is reluctant to create her start-up? "I would advise her to kill the fear of being alone, to kill the fear of not being loved, not to hesitate to ask for help, to trust herself on what she believes, on what she decides to do it, in what order and with whom. And that she does not hesitate to exchange with women AND men. If there is a curiosity, we must not restrict ourselves, "urges Lara Khanafer. "Have all these young girls come and talk to me on LinkedIn. I'll be happy to help them and I'm not the only one."