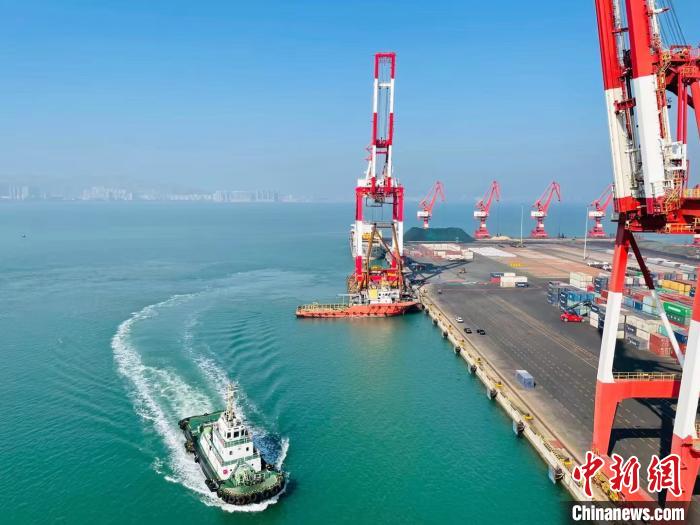 China News Service, Qingdao, March 7 (Reporter Hu Yaojie) Shandong Port Group (hereinafter referred to as "Shandong Port") announced on the 6th that in February 2021, the port completed a cargo throughput of 115 million tons, a year-on-year increase of 12.1%; Completed container throughput of 2.22 million TEUs, a year-on-year increase of 13.8%, achieving double-digit growth in both cases, ranking among the best in China's coastal ports.

According to reports, in February, Shandong Port made every effort to ensure the normal operation of new routes, added overtime ships, continued to consolidate the advantages of the “Belt and Road” route and the “premium express service” of the container cold chain, and a number of production and operation indicators reached the highest level in history.

Shandong Port takes full advantage of advanced terminal hardware, adequate storage yards, and leading efficiency to ensure that large ships are directly connected, allowing thousands of containers full of cargo to be sent to all parts of the world smoothly.

The relevant person in charge of the Qingdao Port Production Business Department of Shandong Port said that in February of this year, while a number of indicators have increased, the port has frequently seen bright spots in overseas routes, and a number of efficiency has reached new heights.

It is reported that Shandong Port gives full play to the advantages of integrated reform to create high-quality, efficient, convenient, and low-cost "end-to-end" full-process logistics services for customers to benefit customers.

On February 21, a freighter with a full load of 11,200 tons of Guinea bauxite departed from Qingdao Dongjiakou to Binzhou Port, and then transported by road to the manufacturer. This not only realized the steady growth of Qingdao Port bauxite’s foreign trade volume and water transfer volume, but also helped Binzhou. The port has increased its throughput, and at the same time, it has provided customers with a new channel for the delivery of goods. The first line is unblocked and the three parties benefit.

Up to now, the public water transport of this route has completed 7 times, with a monthly water transfer volume of 110,000 tons, a record high.

Up to now, Shandong Port has a total of 305 global container routes, connecting more than 700 ports in 180 countries and regions, ranking first in northern China.