During the year, there have been more than 10 announcements to raise pensions, and the money bag is even bigger!

The two sessions have heard the wind | Pensions will be raised more than 10 times during the year, and the money bag will be even more bulging!   China-Singapore Jingwei Client, March 7th (Dong Xiangyi) This year's government work report proposes to increase the basic pension for retirees, promote the national coordination of pension insurance, and standardize the development of the third pilla 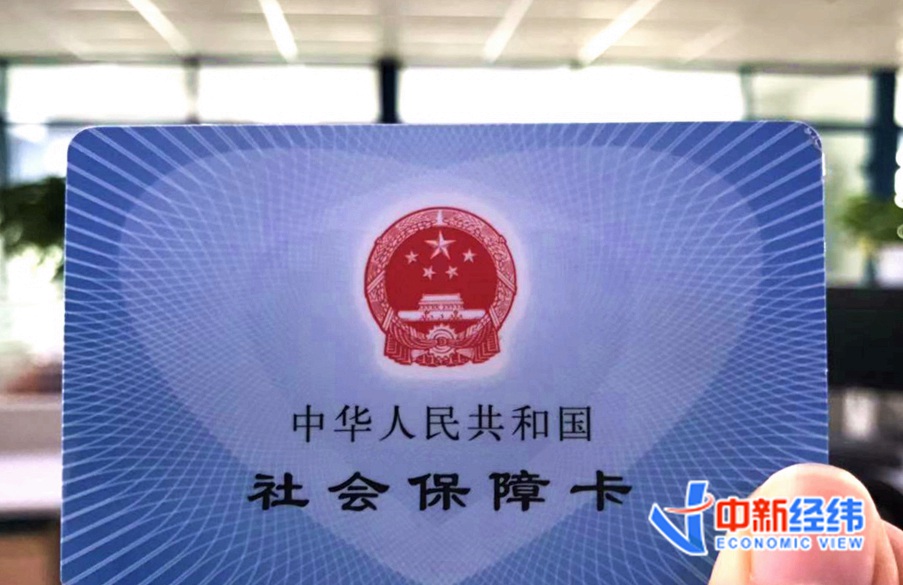 The two sessions have heard the wind | Pensions will be raised more than 10 times during the year, and the money bag will be even more bulging!

The Sino-Singapore Jingwei client combed and found that since 2021, more than 10 pension increases have been announced.

During the National Two Sessions, many representatives and committee members focused on the topic of pensions. How does it affect your money bag?

Increased pensions in many places during the year

According to incomplete statistics from the Sino-Singapore Jingwei Client, since January 1, 2021, more than 10 places including Gansu, Shandong, Jiangsu, Changsha, Xiamen, Yixing, Fuzhou, Taian, Lianyungang, and Chun'an have increased their pensions for urban and rural residents.

In 2021, Gansu will increase the basic pension for urban and rural residents by 5 yuan on the basis of 15 yuan per person per month, and the minimum basic pension will reach 113 yuan.

Jiangsu made it clear that in 2021, the minimum provincial basic pension for urban and rural residents will be raised from 160 yuan per person per month to 173 yuan, and all localities should put the adjusted pension payment in place before March 31 this year.

After the adjustment, the minimum pension standard for urban and rural residents in Jiangsu is 80 yuan higher than the minimum standard stipulated by the state.

In addition, Shanxi took the lead in implementing a supplementary pension insurance system for urban and rural residents in the country.

On February 26, Zhang Jinan, Minister of Human Resources and Social Security, said that the number of people participating in pension insurance in my country is 999 million, and all provinces across the country have achieved unified revenue and expenditure for provincial pension funds.

Pensions may even rise this year!

According to media reports, in 2021, pensions for retirees from urban enterprises and government agencies and institutions will usher in 17 consecutive increases. The plan for raising pensions is already in the making, or the introduction may be accelerated in the near future.

The development of the third pillar of pension insurance, experts "point to the door"

It is worth mentioning that the third-pillar pension insurance is an improvement of the first and second pillars of pensions. It is also a way that the state strongly encourages, but it is still facing shortcomings.

Sun Yongyong, an executive researcher at the World Social Security Research Center of the Chinese Academy of Social Sciences, said in an interview with a reporter from China-Singapore Jingwei that the development of the third-pillar pension is an important decision based on my country's current specific conditions.

You Jun, deputy minister of the Ministry of Human Resources and Social Security, said before that, in recent years, we have systematically planned and designed the third-level system model under the framework of a multi-level pension insurance system. At present, we have formed a preliminary idea.

The general consideration is to establish a personal pension system based on the account system, voluntary participation by individuals, and taxation support from the state finances, and funds to form a market-oriented investment and operation of the personal pension system, which is being launched in full swing.

A number of representatives and committee members unanimously proposed to increase tax incentives and encourage insurance and trust industries to try the third pillar of pensions first.

Zheng Bingwen, a member of the National Committee of the Chinese People's Political Consultative Conference and director of the World Social Security Research Center of the Chinese Academy of Social Sciences, proposed in the proposal to accelerate the development of the second and third pillar pensions.

He introduced that the coverage of the second pillar and the scale of assets are currently very small, and the third pillar is being piloted.

It is recommended to implement a capital gains tax in due course, otherwise, the low-level 90 trillion yuan of household savings will not flow to the high-level, tax-deferred pension accounts.

Liang Qingkai, a representative of the National People's Congress and a senior expert of the Hunan Branch of the China Development Bank, believes that compared with foreign insurance, funds, trusts and other diversified pension products, the structure of personal pension products in my country is too simple.

At present, only insurance is included in the scope of preferential tax in my country's pilot projects, and tax-deferred pension insurance is the only form of the third pillar of personal pensions in my country.

Liang Qingkai suggested that the top-level system design should be further improved.

It is recommended to take the account system as the core, emphasize that the subject who enjoys the preferential tax policy is the account holder, not the product, break the barriers of pension products, and promote the diversified development of personal pension products; research to increase the tax incentives and reduce the link of receiving Tax rate, lowering the tax threshold.

Wang Bin, member of the National Committee of the Chinese People’s Political Consultative Conference and Chairman of China Life Group, suggested in the proposal to study and formulate preferential tax policies for pension insurance products, and to reduce the tax burden at the receiving stage as the core for individuals, open up the second and third pillars of tax incentives, and attract more Individual participation; differentiated value-added tax reduction and exemption measures for institutions to reduce the tax burden of institutions operating pension insurance business.

Lai Xiufu, deputy to the National People's Congress and director of the Trust Department of the China Banking and Insurance Regulatory Commission, suggested that the third pillar’s ​​public participation and coverage should be increased to achieve a coverage of more than 10% of the entire population and make up for the lack of coverage of the second pillar.

At the same time, it is necessary to explore the establishment of an exclusive account system for the third pillar of pensions and open up channels for capital flow between the pillars, especially between enterprise/occupational annuities and personal pension accounts.

It is suggested that insurance products and trust products should be the main products in the initial stage of the development of the third pillar of China’s pension funds.