One of the highlights of Pope Francis' trip to Iraq is the meeting with Grand Ayatollah Ali Sistani this Saturday morning March 6 in Najaf, the spiritual city of the Shiites of Iraq.&nbsp; 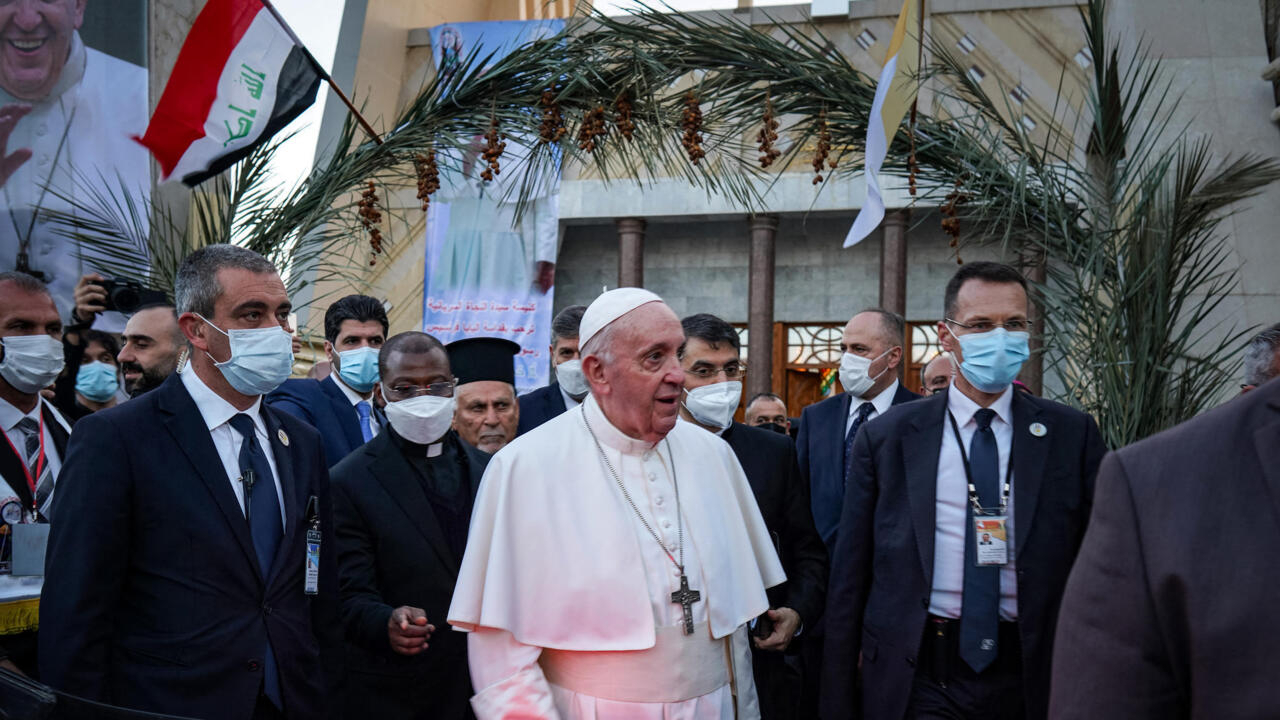 One of the highlights of the trip is the meeting with Grand Ayatollah Ali Sistani this Saturday morning in Najaf.

One of the highlights of Pope Francis' trip to Iraq is the meeting with Grand Ayatollah Ali Sistani this Saturday morning March 6 in Najaf, the spiritual city of the Shiites of Iraq.

It is a historic meeting in two respects, never a pope had met a Shiite leader and besides Ali Sistani does not usually receive any head of state.

It is therefore easier to understand why the Pope displayed a particularly solemn face when he visited the modest home of the Shiite spiritual leader.

It is the son of the 90-year-old Muslim cleric who greeted the Pope at the entrance - in the middle of a dove release - before accompanying him inside the building.

Little is known about the content of their exchanges, the interview remained strictly private.

And for good reason, the two men had to address delicate issues, first and foremost the need for reconciliation in the country.

But the stake for the pontiff is also to raise the dialogue with the Shiites to the level of that undertaken with the Sunni Muslims two years ago, when the Pope succeeded in signing a joint document with the Sunni branch of Islam in Abu Dhabi.

The interreligious part of this journey is not finished;

the pope will meet religious leaders in the plain of Ur.

Journalists of the papal flight are already there.

A small stage was set up in the middle of a desert of rocks on the edge of ruins dating from the Sumerian era and a huge temple.

In addition to Shiite and Suni Muslims, the Pope will meet here in the cradle of Abraham Jews, but also Yezidis, Mandeans, Kakai, Zoroastrians, in front of whom he should deliver a very strong speech on brotherhood and condemn the violence in the name of God.

Pope's visit to Iraq: the diplomacy of reconciliation

Francis in Iraq: the determination of a pope

The world in questions

François in Iraq, to ​​comfort his family and talk to the Shiites