Trade association: "The Chancellor is a supporter of the no-Covid strategy"

The trade is groaning under the renewed extension of the lockdown. Association boss Gerth directs clear words to politics, and calls for a doubling of the bridging aid. To build up pressure, he pulls out heavy legal artillery. 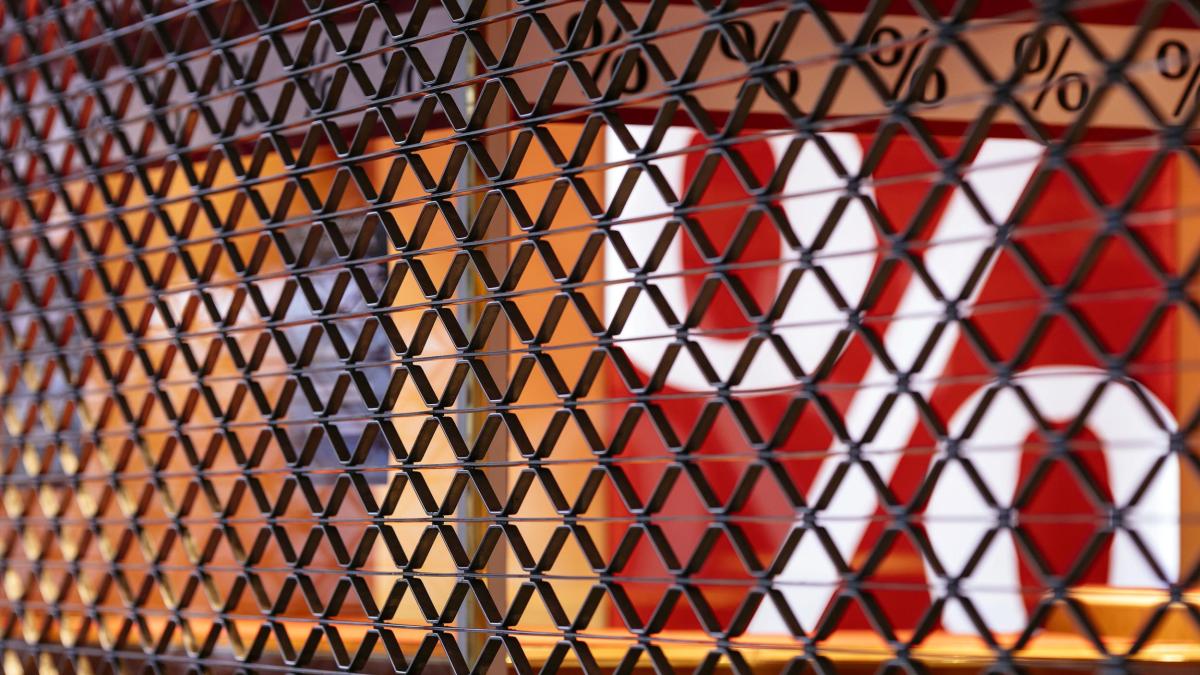 The latest Corona resolutions by the federal and state governments are "a disaster" for the retail sector, the German Retail Association (HDE) complained immediately after they were announced on Thursday night.

A little later, HDE managing director Stefan Genth now makes a proposal to alleviate the disaster for the merchants.

“It would be a pragmatic and quick solution to double the disbursement of the bridging allowances.

They only replace a fraction of the costs anyway, ”said Genth in an interview with WELT.

The regulation should relate to the period from March 1 to the end of the current lockdown.

According to a rough calculation by the HDE, the costs would be around one billion euros if the closings expire at the end of March.

"We are not asking for wealth, just a chance for companies to get through this crisis at all," Genth emphasized.

In the month of March alone, brick-and-mortar retail would lose another ten billion euros in sales, while the costs for the companies would continue to arise.

According to the latest decisions, stores in regions with an incidence below 50 should be allowed to reopen from next Monday.

With incidence values ​​between 50 and 100, customers are only allowed to come after booking an appointment.

A stable incidence below 50 is not in sight across the board, complained the trade association.

And the planned concepts with appointments or collection of pre-ordered items could not save the dealers, because the costs of these solutions are usually higher than the sales.

In addition, a kind of epidemiological emergency brake should reverse the openings as soon as the incidence values ​​exceed 100.

This was not exhausted in the past year because the access conditions were much too narrow.

It was only intended to cushion the consequences of the pandemic, but never to cover a hard lockdown.

These are encroachments on fundamental rights, ”the HDE boss brought up constitutional issues.

The dealers' organization is apparently determined to increase the pressure on the federal and state governments in this area.

The trade association had commissioned an expert opinion from the law firm Noerr on the company's claims for compensation, said Genth WELT.

Completion is expected in the next few days.

"We will make it available to trading companies who want to have the constitutionality of the political procedure checked," announced the head of the association.

Among other things, the expertise will shed light on the issue that, unlike the catering trade, retailers did not receive any December aid after the shops closed on December 16.

Restaurateurs could apply for compensation of up to 75 percent of sales.

The experts also addressed the question of whether the bridging aid was appropriate in relation to the incisions.

Some companies have already indicated that they want to take legal action up to the Constitutional Court in case of doubt, including S. Oliver.

A class action lawsuit is also being prepared by several hundred small and medium-sized trading firms.

Constitutional lawyers see the longer the closings, the greater the chances for lawsuits that are justified with reference to fundamental rights such as freedom of occupation and property.

The courts would have to weigh the extent to which the risk of contagion justifies state intervention in relation to other interests, said Ferdinand Kirchhof, former Vice President of the Federal Constitutional Court, recently.

Other experts such as the Berlin constitutional lawyer Christoph Möllers have expressed doubts that courts would completely question the lockdown.

For Genth, the answer is clear: "If the state decides on compulsory closings and restricts fundamental rights, then it has to compensate adequately," he said.

But the Infection Protection Act does not contain any compensation regulation and the bridging aid is "far removed from what is taken from the company".

This brings up the issue of state liability law.

The head of the association was convinced that further opening steps could be carried out safely: "When the shops in Schleswig-Holstein open on Monday, we will see that the hygiene concepts are working there."

Günther for openings with an incidence of 50 or more

The Schleswig-Holstein Prime Minister Daniel Günther expects the federal and state governments to decide on a “step-by-step and perspective plan” for opening steps on Wednesday.

At a press conference he informed about the demands of his state.

Prime Minister Daniel Günther (CDU) had announced in the state parliament that the shops in the northern federal state will be able to receive customers again from March 8th and further relaxations in areas such as sport and culture would be made possible: The rules allow that an opening step is responsible. "

Many of Germany's European neighbors have even relaxed their lockdown, sometimes with significantly higher incidences, or are planning to do so for the coming week.

For values ​​of 200 or more, Austria, Switzerland, Denmark and Poland, among others, open, mostly subject to conditions and partly on trial.

“The continuation of the lockdown in retail is symbolic politics,” Genth accused German politicians: “They want to avoid images that signal that everything is back to normal.

But that has nothing to do with the facts. "

Even the Robert Koch Institute now rates the risk of infection in this branch of the economy as low.

This is also shown by the fact that there have been 40 million customer contacts in grocery stores, drugstores and other open shops for months without any major risk of infection.

In contrast, only ten million customer contacts are expected in the closed shops.

"You are fooling yourself if you close this part," is Genth's conclusion.

In addition, the dealers have invested a lot of money in hygiene concepts in order to further reduce the risks.

Chancellor Angela Merkel accused the head of the association of a narrowed view: “The Chancellor is a supporter of the no-Covid strategy, that is clear to everyone.

There is no real dialogue with business, neither with us nor with others. "

The state actually has to deliver now, both in terms of vaccination and testing.

"We have to test what we can, then we don't need a lockdown," he said.

The state must bear the costs for this.

He could “not just impose it on the company” because it is part of the general interest.