They were part of the cityscape in many places: The branches of Mister Minit. The chain had its heyday in the 1990s. The fact that things then went downhill had nothing to do with the key business. 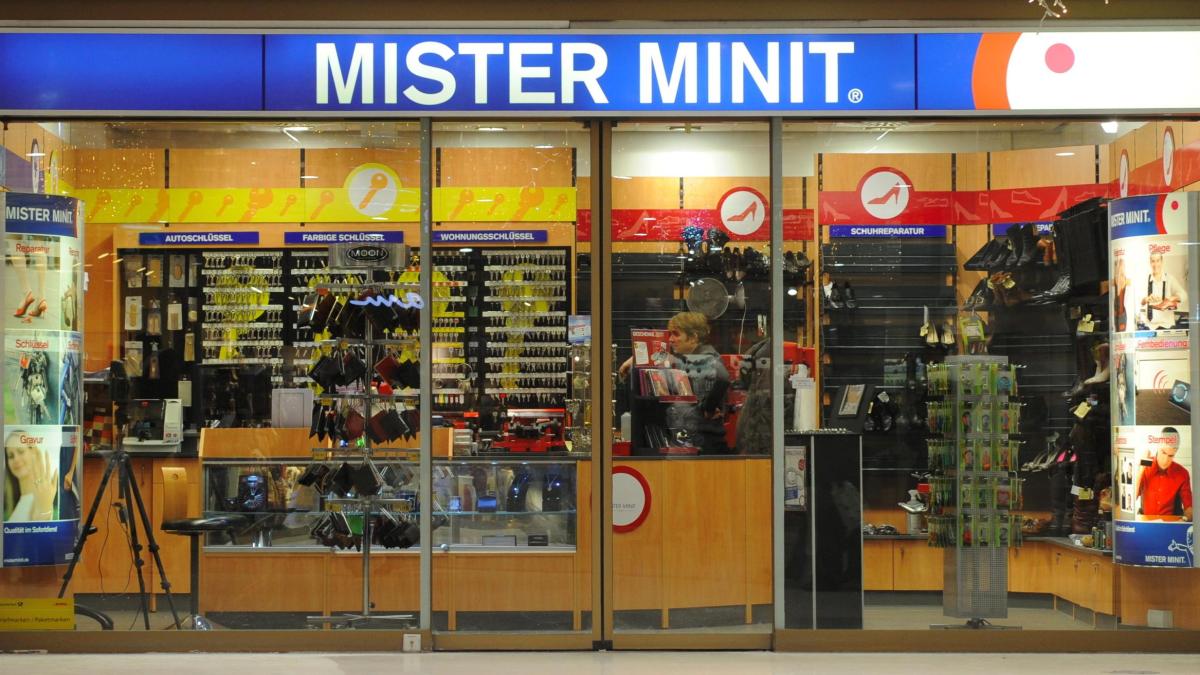 Mister Minit's stores in train stations and shopping malls had long stuck to something a bit yesterday.

The shoe repair and key service had its heyday behind it when the Corona crisis broke out.

But hardly anyone expected a quick end to German activities.

Even after filing for bankruptcy during the first lockdown last April, it looked for a long time as if a reorganization could succeed.

Now the epidemic is finally bringing the company down.

Business operations, which currently have 116 shops and around 250 employees, will be "immediately discontinued", announced the restructuring expert Christoph Enkler from the law firm Brinkmann & Partner on Friday.

For a long time it had looked as if the company could still be saved after a downsizing program that had been carried out over the past few months.

Enkler had even found a buyer.

But now the acquirer, who came from the group of former owners of the company, has surprisingly jumped off, according to Enkler.

The new owner should take over no later than March 1st of this year.

However, the buyer had "not executed the contract and refused to take over the business".

The self-administration and the trustee now examined legal steps.

This will no longer help employees and business partners.

"This is a bitter moment for the workforce, the creditors and everyone involved," said trustee Gregor Bräuer: "The facts created by the surprising withdrawal of the investor are irreversible."

The ongoing lockdown is having an impact on the liquidity position of Minit Service GmbH, with high losses every day.

The interest of possible further investors is therefore "at zero".

What now follows is the settlement.

According to the self-administration, the renovation was well advanced.

This would have included the closure of unprofitable shops, the implementation of a personnel concept and the renegotiation of the rental conditions.

Mister Minit had an extensive network in its prime

All levers were pulled in and fought on all fronts in order to be able to keep the company in a restructured form, according to the management.

Mister Minit, founded in Belgium in 1957, had an extensive network in its prime.

At times photo services, stamping services and the production of license plates were also offered.

International investors were keenly interested in this service business, which promised a steady flow of money without major risks.

UBS Capital acquired the company in the late 1990s.

In Germany, Mister Minit has long been one of the largest franchise chains in the country.

In the 2003/2004 financial year, Mister Minit reported sales of 271.7 million euros and an operating profit of almost 17 million euros.

A year later it went to the financial investor CVC Capital Partners.

Shortly afterwards, the company's own management took over ownership.

In the past few years, however, the adjustment to changed market conditions has not been a smooth one.

Shoes are becoming cheaper and cheaper, and repairs are therefore seen less and less as worthwhile by customers.

In the end, business in Germany was so weakened that it could no longer withstand a crisis like the pandemic.